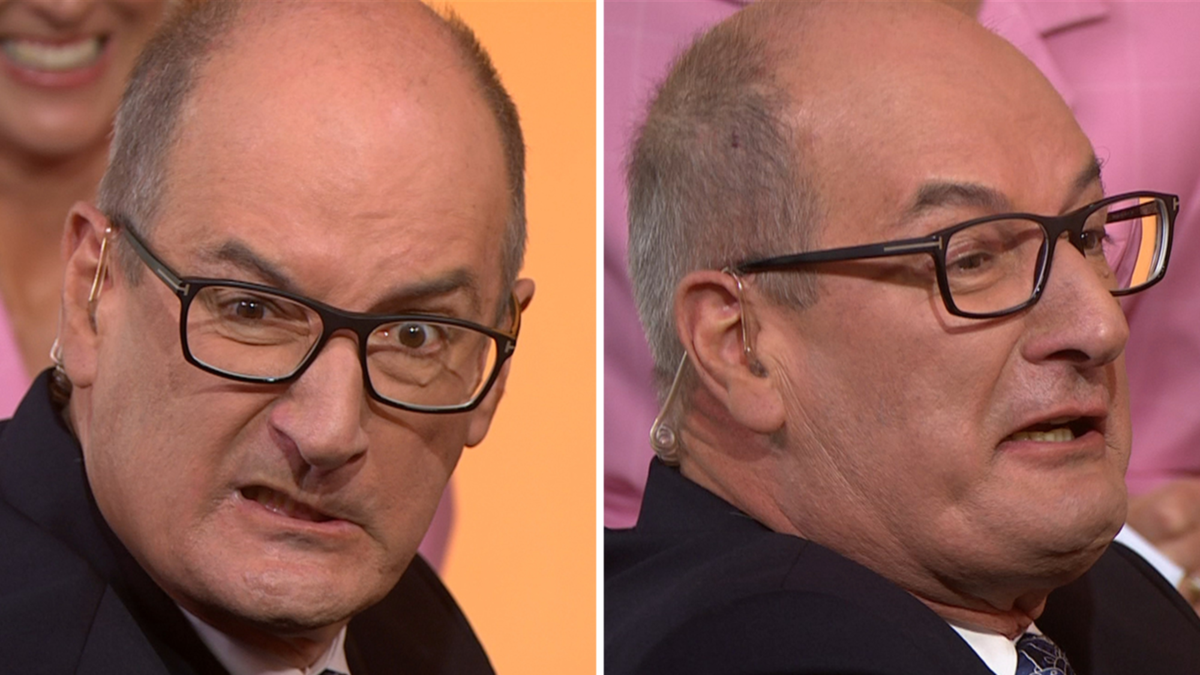 Tasked with taking on an arm wrestler, the TV presenter gave it everything he had – but was spectacularly defeated.

WATCH THE VIDEO ABOVE: Kochie takes on arm wrestling competitor ahead of national titles.

Ahead of the arm-wrestling national titles in Sydney over the weekend, hopeful competitors paid a visit to Brekky Central on Thursday morning.

Competitors Charlie and Sam first battled it out, with the loser having to face Kochie.

“I didn’t know I was going to be up!” Kochie exclaimed.

After the competitors had their turns, Kochie was pitted against Sam.

“I think you’re going to have to access some old man strength,” Charlie told him as words of encouragement.

“How old are you?” Sam asked, prompting Kochie to share he is “in the masters class”.

After co-host Natalie Barr counted them down, the wrestle began fairly evenly.

Desperately trying to hold on, Kochie turned to the camera, displaying grit and determination.

But it wasn’t enough.

The presenter was eventually defeated as he yelled out, ‘No, no, no!”

“He didn’t break your arm did he,” Nat asked her co-host, concerned.

“Good on you guys,” Kochie said.

Following the segment, the host shared a re-post of him wrestling Sam, as Nat and Charlie smiled behind them.

“Don’t think I qualify for the National Arm Wrestling Champs this weekend,” he said with a laughing emoji.

Outpouring of love for dead Game of Thrones star: ‘Your watch has ended’

Denial of responsibility! Verve Times is an automatic aggregator of the all world’s media. In each content, the hyperlink to the primary source is specified. All trademarks belong to their rightful owners, all materials to their authors. If you are the owner of the content and do not want us to publish your materials, please contact us by email – [email protected]. The content will be deleted within 24 hours.
David KochEntertainmentOn The ShowSunrise
0
Share FacebookTwitterGoogle+ReddItWhatsAppPinterestEmail