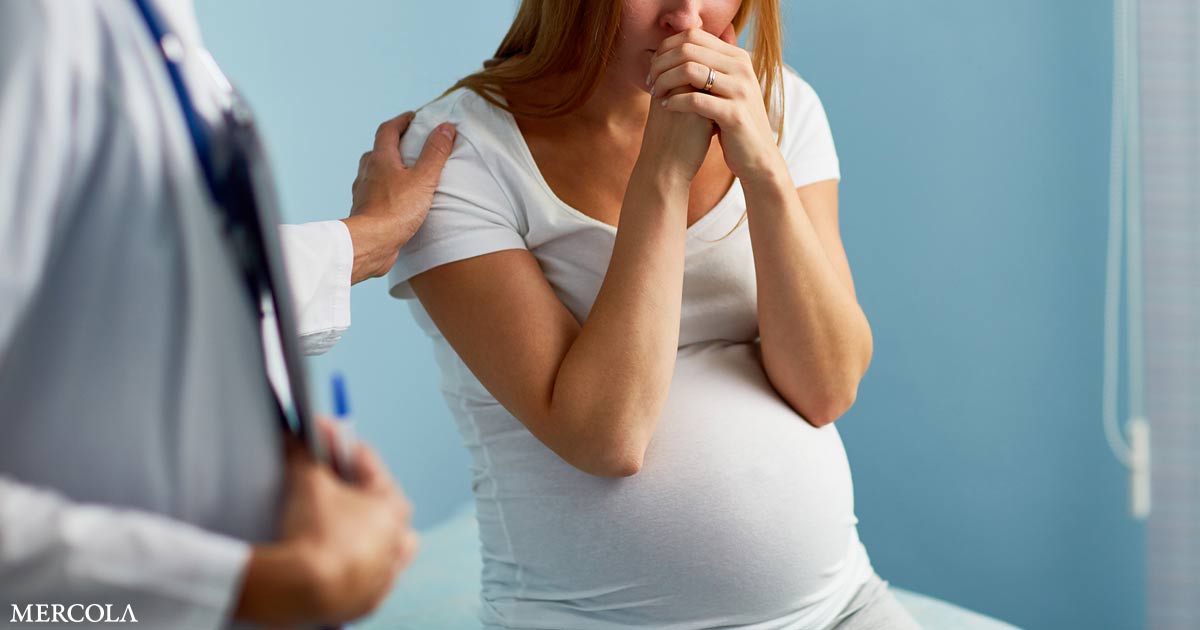 November 11, 2021, a rally formed outside of Lions Gate Hospital in North Vancouver, British Columbia (BC). The group was there to call attention to an unthinkable tragedy: 13 babies were reportedly stillborn at the hospital in a period of 24 hours. All of their mothers had received a COVID-19 injection.1

In a typical month, there may be one stillborn baby at the hospital, one of the protestors said, making the 13 stillbirths highly unusual. The only reason the deaths came to light was because several doulas came forward, detailing the events.

Vancouver Coastal Health has disputed the reports of stillbirths at Lions Gate Hospital, stating, “There is no truth to this claim … There has been no notable change to the incidence of stillbirths in the VCH region throughout the COVID-19 pandemic.”2

However, after speaking with police outside of the hospital, Dr. Daniel Nagase and Dr. Mel Bruchet started an official investigation, and Nagase launched an official complaint with the Royal Canadian Mounted Police against executives at the College of Physicians & Surgeons of BC, alleging conflicts of interest influencing their policies, decisions and statements made to the people of British Columbia.3

If any of the executives hold stocks, bonds or mutual funds, for instance, that gain value with increased sales of pharmaceuticals, Nagase said, then that’s a conflict of interest that should have been declared. The implication is that it can also influence their likelihood of further investigating the unusual number of stillbirths that occurred at the hospital, particularly in relation to the COVID-19 jab that their mothers received.

Scotland has also experienced an unusual rise in infant death rates. During September 2021, at least 21 babies under 4 weeks old died — a rate of 4.9 per 1,000 births. The average death rate among newborns in Scotland is about 2 per 1,000 births.4

Public Health Scotland (PHS), which is investigating the deaths, stated, “Exceeding the upper control limit indicates there is a higher likelihood that there are factors beyond random variation that may have contributed to the number of deaths,” adding that there was “currently no indication of links between these deaths and Covid-19 infection.”5

It’s unclear whether the COVID-19 injection in pregnant women will be evaluated as a contributing or causative factor, though it absolutely should be.

PHS only said it was collaborating with the Scottish National Neonatal Network, the Maternity and Children Quality Improvement Collaborative and the Scottish Government “to understand any possible contributing factors to the most recent infant mortality patterns, and to incorporate findings into existing prevention and improvement work.”6

As of November 12, 2021, there were 2,620 cases of fetal death or stillbirth among women who received a COVID-19 injection reported to the Vaccine Adverse Event Reporting System (VAERS).7 Health Impact News ran the same VAERS search, but this time excluded COVID-19 injections — to look for fetal deaths in women who had been vaccinated with any vaccine other than a COVID-19 jab over the last 30+ years. They found:8

Health officials are adamant that pregnant women get a COVID-19 injection, but the data don’t support its safety. The CDC-sponsored study9 published in The New England Journal of Medicine (NEJM) that was widely used to support the U.S. recommendation for pregnant women to get injected was corrected in October 2021, with the correction stating:10

“In the table footnotes, the following content should have been appended to the double dagger footnote:

“No denominator was available to calculate a risk estimate for spontaneous abortions, because at the time of this report, follow-up through 20 weeks was not yet available for 905 of the 1224 participants vaccinated within 30 days before the first day of the last menstrual period or in the first trimester. Furthermore, any risk estimate would need to account for gestational week–specific risk of spontaneous abortion.”

In a rapid communication from the Institute for Pure and Applied Knowledge (IPAK), Aleisha Brock, Ph.D. of New Zealand, and Simon Thornley, Ph.D., a senior lecturer in the section of epidemiology and biostatistics at the University of Auckland, explained that the NEJM study “presents falsely reassuring statistics related to the risk of spontaneous abortion in early pregnancy, since the majority of women in the calculation were exposed to the mRNA product after the outcome period was defined (20 weeks’ gestation).”11

The authors’ interpretation of no difference in the observed incidence of pregnancy loss in those who received their first mRNA vaccine before 20 weeks’ gestation compared to baseline must be questioned.

In light of these findings, key policy decisions have been made using unreliable and questionable data. We conclude that the claims made using these data on the safety of exposure of women in early pregnancy to mRNA-based vaccines to prevent COVID-19 are unwarranted and recommend that those policy decisions be revisited.”

Not only does the IPAK data show COVID-19 injections prior to 20 weeks are unsafe for pregnant women, but 12.6% women who received it in the 3rd trimester reported Grade 3 adverse events, which are severe or medically significant but not immediately life-threatening. Another 8% also reported a fever of 38 degrees C (100.4 degrees F), which can lead to miscarriage or premature labor.13

Further, the study follow-up only continued for 28 days after birth, meaning the long-term effects of prenatal exposure to babies is unknown. The many concerns of mRNA COVID-19 injections during pregnancy and breastfeeding include transmission of mRNA and spike protein across the placenta and through breast milk, as well as the inhibition of synctyin-1, a protein essential for cell fusion and placental development.

Pregnant women were excluded from the mRNA injection clinical trials, but a Pfizer-BioNTech rat study revealed the injection more than doubled the incidence of preimplantation loss and also led to a low incidence of mouth/jaw malformations, gastroschisis (a birth defect of the abdominal wall) and abnormalities in the right-sided aortic arch and cervical vertebrae in the fetuses.14

Together, IPAK believes the data are compelling enough to withdraw the shots for vulnerable populations. Noting their advice in boldface, they say:15

“Considering the evidence presented here, we suggest the immediate withdrawal of mRNA vaccine use in pregnancy (Category X) and those breastfeeding, alongside the withdrawal of mRNA vaccines to children or those of child-bearing age in the general population, until more convincing data relating to the safety and long-term impacts on fertility, pregnancy and reproduction are established in these groups.”

Women across the U.S. have reported changes in their menstrual cycles following COVID-19 shots. Changes include heavier, earlier and more painful periods,16 as well as unexpected breakthrough bleeding or spotting among women on long-acting contraception or those who are postmenopausal and hadn’t had a period in years or even decades.17 Health officials have tried to brush off the reports, but they’ve become too numerous to ignore.

Gunnveig Grødeland, a Norwegian vaccine researcher with the University of Oslo and Oslo University Hospital, told TV2.no, “There are sufficient numbers of women who are experiencing changes, not just in Norway, but also abroad, to make it likely that this is connected to the vaccine.”18,19

The Norwegian Institute of Public Health (NIPH) is currently studying menstrual bleeding in 60,000 Norwegian women aged 11 to 80 years to explore whether irregularities are linked to COVID-19 injections.

“We cannot rule out that there is a connection between these menstrual irregularities and the vaccine. We take these reports seriously and are doing a thorough job in order to study possible correlations,” Lill Trogstad with the NIPH told TV2.no.20

Kate Clancy, a human reproductive ecologist and associate professor of anthropology at the University of Illinois Urbana-Champaign, and Katharine Lee, a biological anthropologist studying women’s health at Washington University School of Medicine in St. Louis, also have more than 140,000 reports from those who’ve had changes in their period following COVID-19 injections, which they’re formally documenting in an open-ended study.21

Another 30,000 reports of period changes following the jabs have been reported to the U.K.’s regulator.22 The implication is that the shots could be having an effect on fertility, but officials have been quick to deny such a link.

However, in an editorial published in the BMJ, Victoria Male, a lecturer in reproductive immunology at Imperial College London, stated that when it comes to menstrual changes after COVID-19 shots, “A link is plausible and should be investigated.”23 According to Male:24

“Menstrual changes have been reported after both mRNA and adenovirus vectored covid-19 vaccines, suggesting that, if there is a connection, it is likely to be a result of the immune response to vaccination rather than a specific vaccine component. Vaccination against human papillomavirus (HPV) has also been associated with menstrual changes.

… Biologically plausible mechanisms linking immune stimulation with menstrual changes include immunological influences on the hormones driving the menstrual cycle or effects mediated by immune cells in the lining of the uterus, which are involved in the cyclical build-up and breakdown of this tissue. Research exploring a possible association between covid-19 vaccines and menstrual changes may also help understand the mechanism.”

You Can’t Make an Informed Decision Without the Facts

At this time, women aren’t being warned about the potential risks for miscarriage, menstrual irregularities and even fertility that have been uncovered. But it’s an urgent matter that must be investigated so people can make an informed decision before consenting to an injection that could have serious reproductive effects.

It should be widely known, however, that Janci Chunn Lindsay, Ph.D., a prominent toxicologist and molecular biologist who works with M.D. Anderson Cancer Center-Houston, spoke at the CDC’s Advisory Committee on Immunization Practices meeting April 23, 2021.

The focus of the meeting was blood clotting disorders following COVID-19 shots, and Lindsay spoke during the public comment period, calling for “all gene therapy vaccines” to “be halted immediately due to safety concerns on several fronts,” including fertility.25 Lindsay warned that severe red flags exist that an entire generation could be at risk of sterilization if COVID-19 shots aren’t stopped until more research is conducted:26

“We simply cannot put these [vaccines] in our children who are at .002% risk for Covid mortality, if infected, or any more of the child-bearing age population without thoroughly investigating this matter. [If we do], we could potentially sterilize an entire generation. Speculation that this will not occur and a few anecdotal reports of pregnancies within the trial are not sufficient proof that this is not impacting on a population-wide scale.”

‘We talked about grooming – I didn’t know what that was’:…

The return of Jackass: ‘It’s never not funny to see someone…