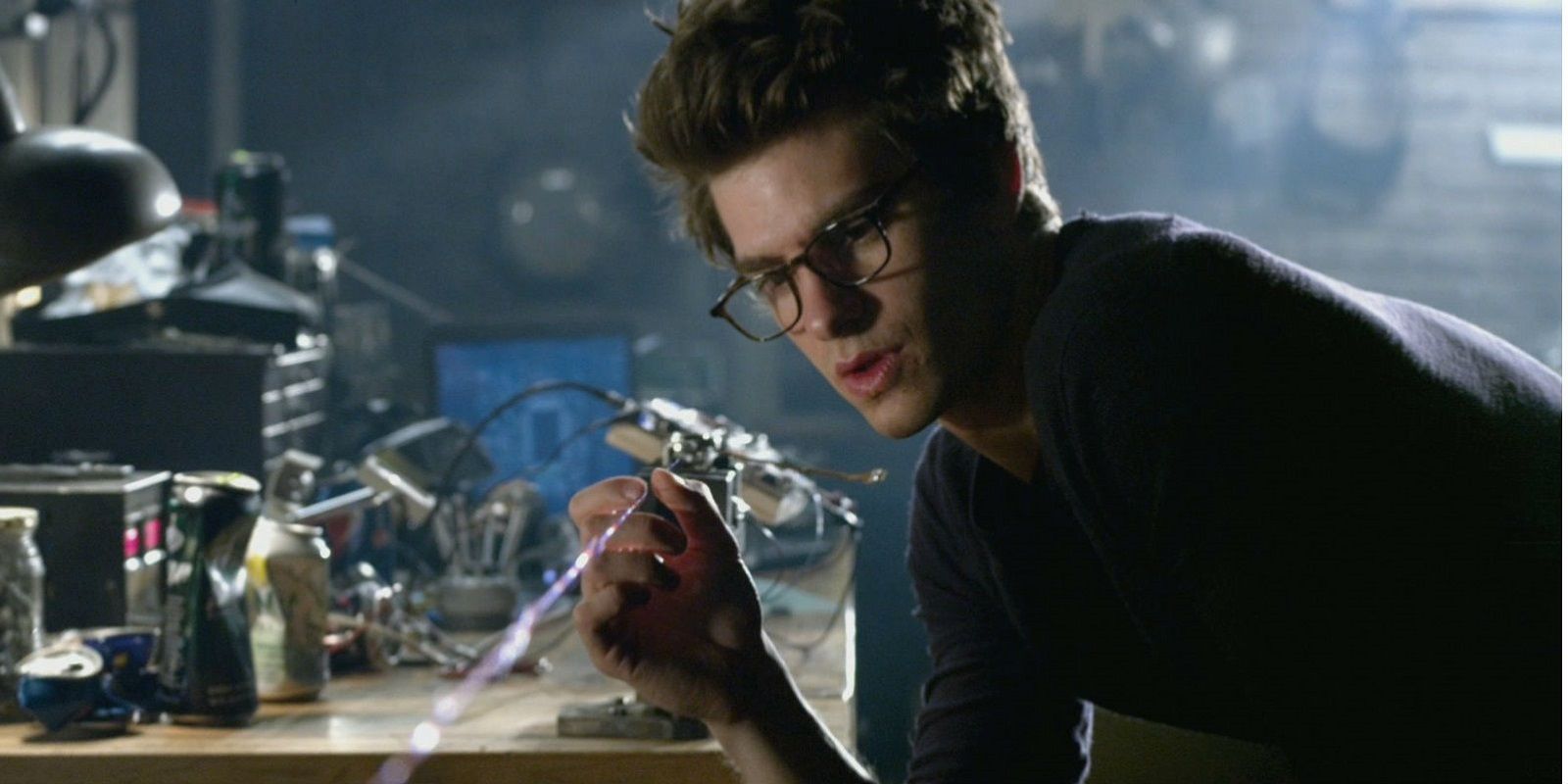 Amazing Spider-Man star Andrew Garfield insists that a leaked image of him possibly working on Marvel’s No Way Home set is photoshopped.

Actor Andrew Garfield gave a seemingly definitive response to the existence of a leaked behind-the-scenes photo that appears to place him on the set of Spider-Man: No Way Home.

Garfield appeared on The Tonight Show Starring Jimmy Fallon and jokingly expressed ignorance of the idea that he might be guest-starring in No Way Home, after headlining as the titular hero in 2012’s Amazing Spider-Man and its 2014 sequel. “I had no idea!” he said, laughing.

Fallon asked Garfield if he’d seen the behind-the-scenes photo that places him on the No Way Home set. “Well, if you show me the photo, I can tell you whether it’s me or whether it’s a real thing,” Garfield answered, to which Fallon informed him the photo had been “erased off the internet.”

Garfield said, to protests from the studio audience, “I heard about it. And I did see it. And it’s a Photoshop.” Recently, a behind-the-scenes video from the set of No Way Home leaked online, which appeared to include Garfield in front of a blue screen as his version of Peter Parker from the Amazing Spider-Man films. “I’m trying to manage expectations,” Garfield told host Jimmy Fallon. “Listen, if they want to give me a call at this late, late stage of the game, you know, I’m sitting here in my tracksuit.”

Recently, the first trailer for No Way Home was released, which confirmed the return not only of Alfred Molina as Doctor Octopus from Sam Raimi’s Spider-Man films with Tobey Maguire but also confirmed the return of Green Goblin. It’s also been known that Jamie Foxx will be returning in No Way Home as his Amazing Spider-Man 2 character, Electro, which in part led to speculation that Garfield may also appear in the film.

Spider-Man: No Way Home is set to arrive in theaters on Dec. 17.

As a long-time comics fan and one-time aspiring artist, Kelvin Childs is happy to be a contributing writer for CBR. He writes stories about comic books, movies and TV shows that are chock-full of behind-the-scenes lore and stuff you didn’t know about your favorite characters, programs and films. He watches most of the Arrowverse shows, enjoys DC Extended Universe and Marvel Cinematic Universe movies, and likes comics from Marvel, DC and other companies equally.

He has worn different hats in his career, including features editing for Gannett News Service and Newhouse News Service, dealing with TV coverage and music coverage, movie reviews, humor columns and political commentary. He also was a freelance copy editor for BET’s YSB (Young Sisters and Brothers) Magazine.

As California Votes, It Rethinks Its Tradition of Direct Democracy

Epic’s high-fashion collaboration with Balenciaga in…