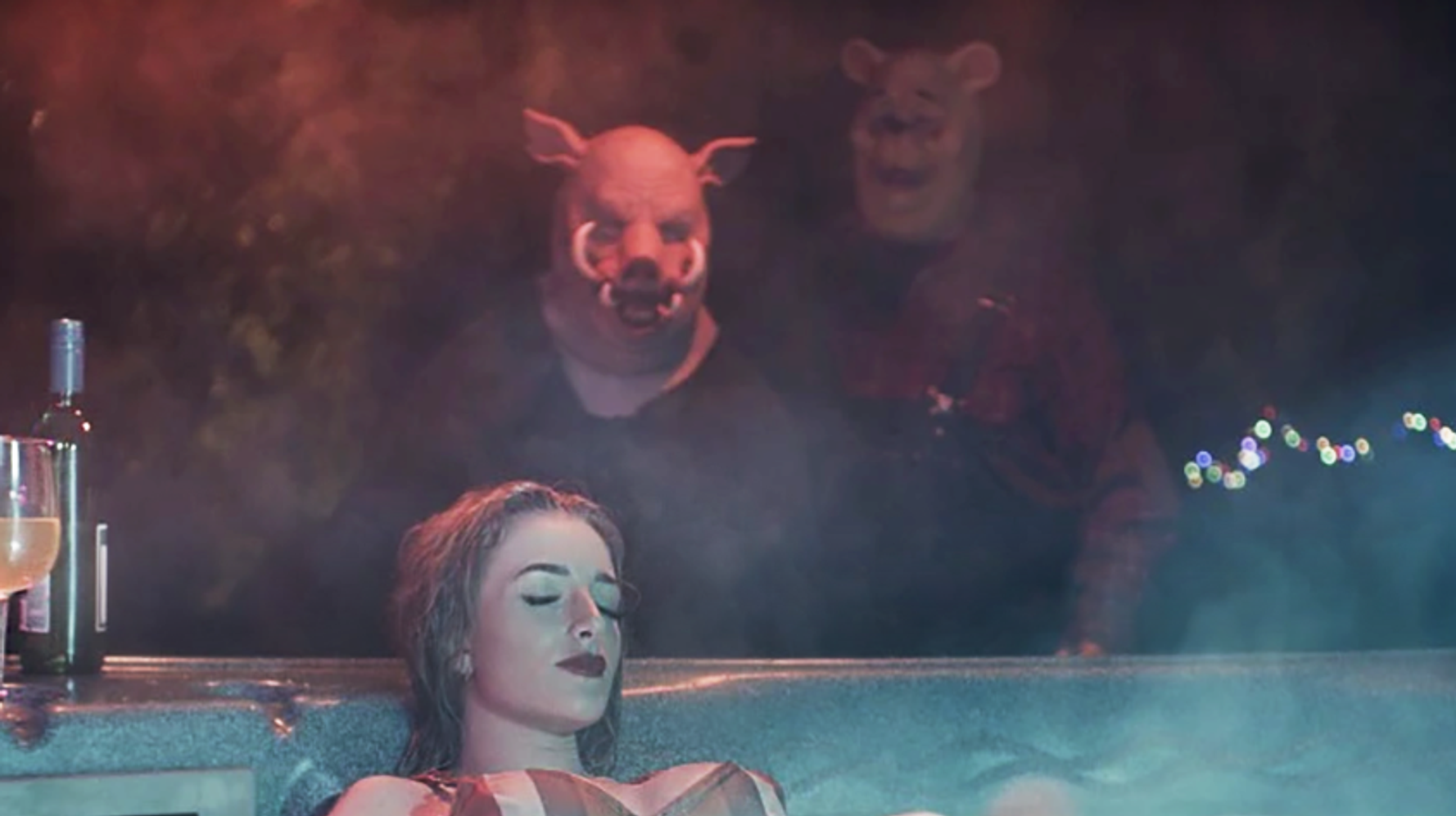 Breaking free of Disney’s clutches, A.A. Milne’s earliest “Winnie the Pooh” stories entered the public domain earlier this year. Now, inevitably, some of Milne’s most beloved characters are going to partake in a whole lot of murder.

Jagged Edge Productions, a U.K.-based indie film studio, recently released stills from its upcoming slasher movie “Winnie the Pooh: Blood and Honey” on Instagram. By all appearances, the tale will effectively turn the Hundred Acre Woods into the Hundred Acre “Cabin in the Woods.”

“I wanted to make something original. A lot of horror concepts / villains are the same, werewolves, ghosts, vampires, zombies,” director Rhys Waterfield, who also wrote and co-produced the film, told HuffPost in an email. “This really excited me because it was so different. I was primarily inspired by ‘Wrong Turn’ for the film, but the two villains are a bit more intelligent in this.”

Waterfield offered HuffPost a synopsis of his film.

“Pooh and Piglet experienced a drastic drop in food as Christopher [Robin] grew up, so over the years [they] became increasingly hungry and feral. Eventually they had to eat Eeyore to survive,” the description from Waterfield reads. “Christopher returns and discovered his old feral friends are no longer what they seem. Upon seeing Christopher, Pooh and Piglet go on a rampage and eventually target a rural cabin, where a group of girls from university are staying.”

The film wrapped shooting earlier this month, but Waterfield explained that due to the excitement the stills have generated online, they are expediting the post-production process and hope to release the movie in a month or two.

“We are working through post-production, so no official trailer yet,” he told HuffPost. “We had hoped to wait a bit to release everything.”

While the images in the stills are terrifying, it is — at the very least — a comfort to see Pooh fully clothed and finally embracing the concept of pants.

Actually, Waterfield told Variety there’s a reason for that. Milne’s earliest stories are now out of copyright, but Disney still retains exclusive use of its own interpretations of Pooh Bear and his friends. “We’ve tried to be extremely careful,” Waterfield told the outlet. “We knew there was this line between that, and we knew what their copyright was and what they’ve done. So we did as much as we could to make sure [the film] was only based on the 1926 version of it.”

It’s why certain beloved characters, like Tigger, won’t be featured in the slasher film. Variety reports that there will be a scene featuring Eeyore’s tombstone, but — sorry, hardcore horror fans — his gruesome murder won’t be detailed in the movie, either.

Denial of responsibility! Verve Times is an automatic aggregator of the all world’s media. In each content, the hyperlink to the primary source is specified. All trademarks belong to their rightful owners, all materials to their authors. If you are the owner of the content and do not want us to publish your materials, please contact us by email – [email protected]. The content will be deleted within 24 hours.
aa milneDisneyhorror movieswinnie the pooh
0
Share FacebookTwitterGoogle+ReddItWhatsAppPinterestEmail