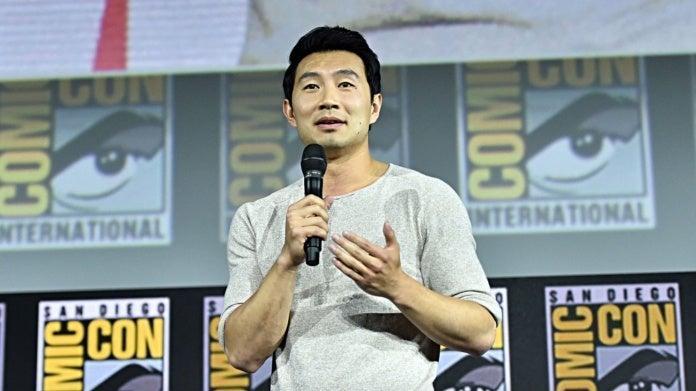 It’s a Marvel takeover at The Kelly Clarkson Show. On Tuesday, Shang-Chi and the Legend of the Ten Rings star Simu Liu took to social media to share that he will be guest hosting the talk show on Wednesday, February 9th. But Liu isn’t the only Marvel star who will be on the show that day. Eternals star Kumail Nanjiani will be one of the show’s guests. In his post to Instagram, Liu wrote that he would be sharing boba with Nanjiani and other guests and teased that he and the Eternals star drink some truly nasty things.

“Full circle moment alert: I am GUEST-HOSTING the @KellyClarksonShow tomorrow!” Liu wrote. “Watch me share a boba with guests like [Nanjiani] and [Jason Y. Lee]. That’s right… I got BOBA onto daytime television!! Secret liberal agenda fulfilled. Also, Kumail and I drink some truly nasty sh!t. So… thanks to the producers of the show for making us do that, I guess.”

In Shang-Chi and the Legend of the Ten Rings, Liu plays the titular hero, a skilled martial artist who fled his father’s Ten Rings organization for a normal life in San Francisco. Given the character is a martial artist, the film features a lot of it and Liu recently revealed that he “exaggerated” his own martial arts experience when he auditioned for the role.

“When I got the part, they asked me about my martial arts background and experience, which of course I exaggerated because I wanted the job really badly,” Liu admitted. “I had done some work as an on-again, off-again stuntman, but if we’re honest, I think I was more of a dancer than I ever was a martial artist. Pretty much from the moment I was cast, I started working with trainers and learning how to move. I had such awful flexibility. My groin and my tendons were just so stiff. A big part of that early process was just bending my body and trying to rip those legs apart.”

Liu added, “Making it appear as if it is not over-choreographed was equally important for our movie. We worked with an incredible action director in Brad Allan who sadly passed away last year. He came from the Jackie Chan stunt team and has such an awareness of fighting in a way that is dance-like. He played such a big role, alongside our fight choreographers, in making each action sequence feel like a living, breathing thing.”

Liu will be hosting The Kelly Clarkson Show on Wednesday, February 9th. Check your local listings.

Shang-Chi and the Legend of the Ten Rings is now streaming on Disney+.

Denial of responsibility! Verve Times is an automatic aggregator of the all world’s media. In each content, the hyperlink to the primary source is specified. All trademarks belong to their rightful owners, all materials to their authors. If you are the owner of the content and do not want us to publish your materials, please contact us by email – [email protected]. The content will be deleted within 24 hours.
DisneyEternalskelly clarksonkumail nanjianiMarvelmcuShang-Chi and the Legend of the Ten RingsSimu Liu
0
Share FacebookTwitterGoogle+ReddItWhatsAppPinterestEmail