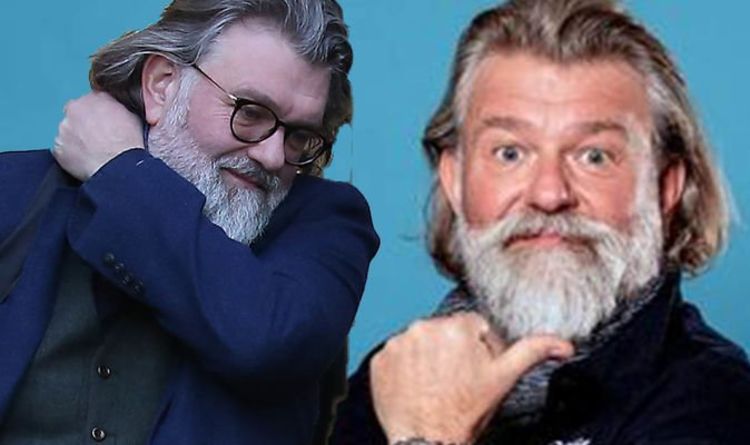 In the most recent episode of the show, Myers and King get to the bottom of Oklahoma’s famous beef, sampling a famous T-bone steak and cooking up some brisket with a group of local firefighters. After all this, the pair end on a sweet note, baking some sweet potato brownies with the company of a few US cowboys. Although it is clear that the pair have two loves in life – food and motorbikes – back in 2014, Si was given a devastating diagnosis that required emergency surgery.

When his initially mysterious condition started to impact his everyday life, Si knew that something was horribly wrong.

Talking about the worrying time, he said that he was watching rugby when “everything just started to fall off the bottom of the TV”.

Si continued: “Then I had this searing pain – the only way to describe it was like someone was going at my head with a rusty nail and a hammer.”

The star quickly realised that the severe headaches he had been suffering from a few days prior were no ordinary headaches, prompting him to go to the hospital to be checked out – a decision that saved his life.

“It’s an incredibly scary thing. More people die from this type of thing than survive,” Si said in an interview with The Mirror.

A stroke is also a life-threatening condition that occurs when the blood supply to the brain is cut off, and “could have meant curtains” for the star if it had happened.

The chef continued to say: “I’m an incredibly lucky man to even be here today to talk about it. I can’t thank the doctors and nurses enough.

“It’s not just the ‘am I going to die here?’ thing. It’s the knowledge that even if you don’t die, you can be left with damage to the brain.”

Sick with worry, close friend Dave explained what it was like from his perspective, waiting for any update as his friend who underwent surgery to repair the burst aneurysm.

Dave said: “To see your mate lying there. It’s terrible. That night he went in, he was sick as a parrot, but conscious.

“They were keeping everything under control till they could get him to theatre. There wasn’t much joking then.”

The NHS explains that a brain aneurysm is a bulge in a blood vessel caused by a weakness in the blood vessel wall. As blood passes through this weakened blood vessel, the blood pressure causes a small area to bulge outwards like a balloon.

Most symptoms only occur when the aneurysm ruptures (bursts), but when this happens, emergency medical treatment is needed.

Symptoms that indicate an aneurysm has burst includes:

Treatment for both ruptured and unruptured brain aneurysms remain similar. The NHS explains that the typical procedures used either involve filling the aneurysm with tiny metal coils, or an open operation to seal the aneurysm shut with a metal clip.

Fortunately, Si pulled through, but the battle wasn’t over, as the star had a long recovery process ahead of him. The Brain Aneurysm Foundation explains that survivors face the potential for physical, emotional, and cognitive changes that can be minor or significant, lasting indefinitely.

Speaking about his own recovery process, Si said: “I am fine. There have been no lasting effects — none that you’d notice other than I am slightly madder than I was before.

“I walk at least two miles a day and cycle when I can because with brain injuries it can be difficult. Your stamina levels drop for one reason or another.”