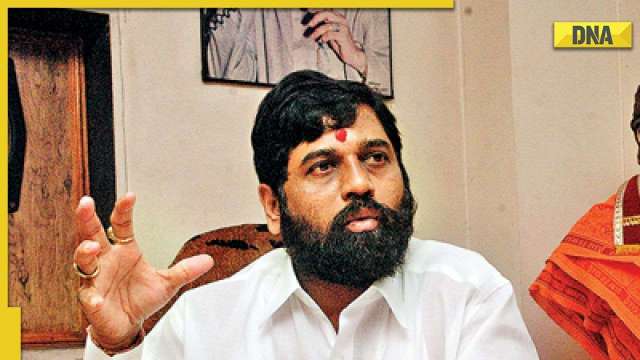 Mumbai: Eknath Shinde has released an open letter by a rebel Shiv Sena MLA in which he has listed the reasons that led to the revolt against Maharashtra Chief Minister Uddhav Thackeray. The MLA claimed in the letter that the party high command stopped the legislators from visiting Ayodhya with Aaditya Thackeray. Calling Congress and NCP the real opposition, the MLA said the leaders of the two parties would get to meet Thackeray but the Sena MLAs would get the cold shoulder. He also said that despite having a Shiv Sena chief minister, the MLAs wouldn’t get the chance to visit the chief minister’s official bungalow Varsha.

“When Hindutva and Ram Mandir are crucial issues for the party, then why did the party stop us from visiting Ayodhya? MLAs were called and were stopped from going to Ayodhya during Aaditya Thackeray’s visit,” he wrote in the letter.

He claimed leaders and workers of the NCP and Congress used to get the chance to meet Thackeray.

“While we weren’t able to meet the CM, people from our ‘real opposition’– the Congress & the NCP used to get opportunities to meet him and even funds were given to them related to work in their constituencies,” he claimed.

The leader said people around Thackeray used to decide who would meet him.

“Despite having a Shiv Sena CM in the state, the party MLAs didn’t get the opportunity to visit Varsha Bungalow (CM’s residence). People around the CM used to decide if we could meet him or not. We felt we were insulted,” he added.

Eknath Shinde has demanded from Uddhav Thackeray that the Shiv Sena break ties with ideologically opposite Congress and NCP, and enter into an alliance with the BJP. He is camping in Assam’s Guwahati along with over 40 MLAs.

Thackeray on Wednesday said he was ready to quit as the chief minister and Shiv Sena president if the rebel MLAs met him and asked for the same. He moved out of his official residence Varsha into the private bungalow Matoshri.

With inputs from ANI

Denial of responsibility! Verve Times is an automatic aggregator of the all world’s media. In each content, the hyperlink to the primary source is specified. All trademarks belong to their rightful owners, all materials to their authors. If you are the owner of the content and do not want us to publish your materials, please contact us by email – [email protected]. The content will be deleted within 24 hours.
CM Uddhav ThackerayEknath ShindeEknath shinde cabinet ministerhow many mla of shiv sena in maharashtraMaharashtra crisisMaharashtra newsMaharashtra political crisismaharashtra political situation
0
Share FacebookTwitterGoogle+ReddItWhatsAppPinterestEmail

Khloé Kardashian “Dreads” Backlash After She…