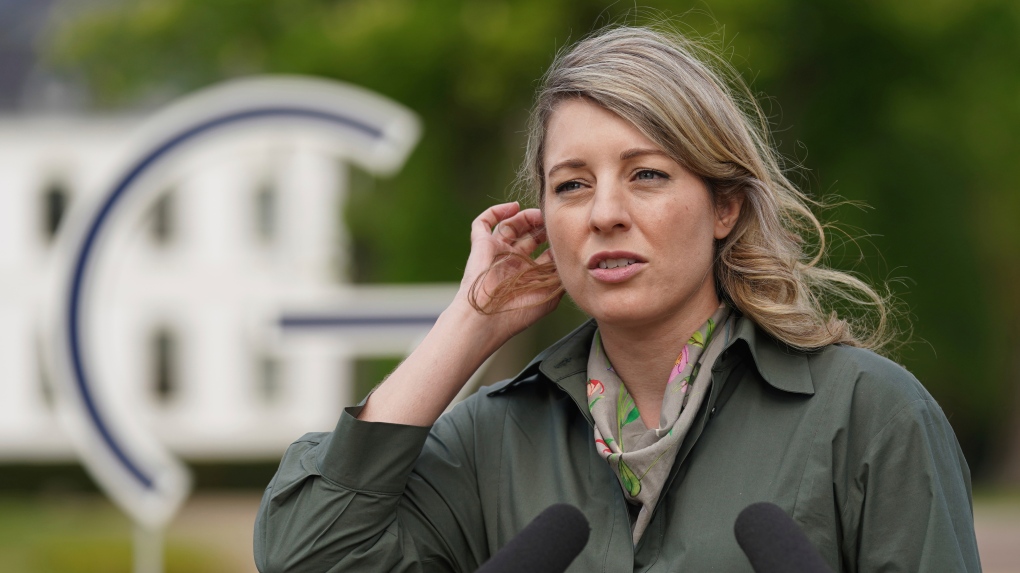 
Foreign Affairs Minister Melanie Joly is condemning as appalling images of Israeli police pushing and hitting mourners at the funeral of an Al Jazeera journalist who was shot while working in the West Bank.


Joly says the behaviour by Israeli police, some of whom arrived on horseback, against mourners and family members of Shireen Abu Akleh, a veteran Palestinian-American journalist, was completely unacceptable.


She says a light needs to be shone on the killing of the journalist, who was shot while covering an Israeli military raid in the West Bank city of Jenin last week, as well as on actions at her funeral.


Witnesses say she was killed by army fire, while the military says it remains unclear who shot the bullet that killed her.


Israeli police with batons were filmed charging mourners and pallbearers, at one point almost causing the casket to be dropped.


In a statement Saturday, Israeli police said their commissioner had launched an investigation into policing at the funeral, claiming rioters tried to sabotage the procession and harm officers.


NDP foreign affairs critic Heather McPherson says Israeli police conduct at the funeral was abhorrent and she has called for an independent international investigation into the journalist’s death.


This report by The Canadian Press was first published May 16, 2022.

How grief, burnout and a Google search led to NYC’s Yu and Me Books

The benefits of introducing herbaceous crops among mandarin trees

Banks to remain closed on 14 days in July: List of holidays

Paul McCartney wows Glastonbury with Dave Grohl and The Boss

Christian Koloko might not appear to be Raptors-y, but the…