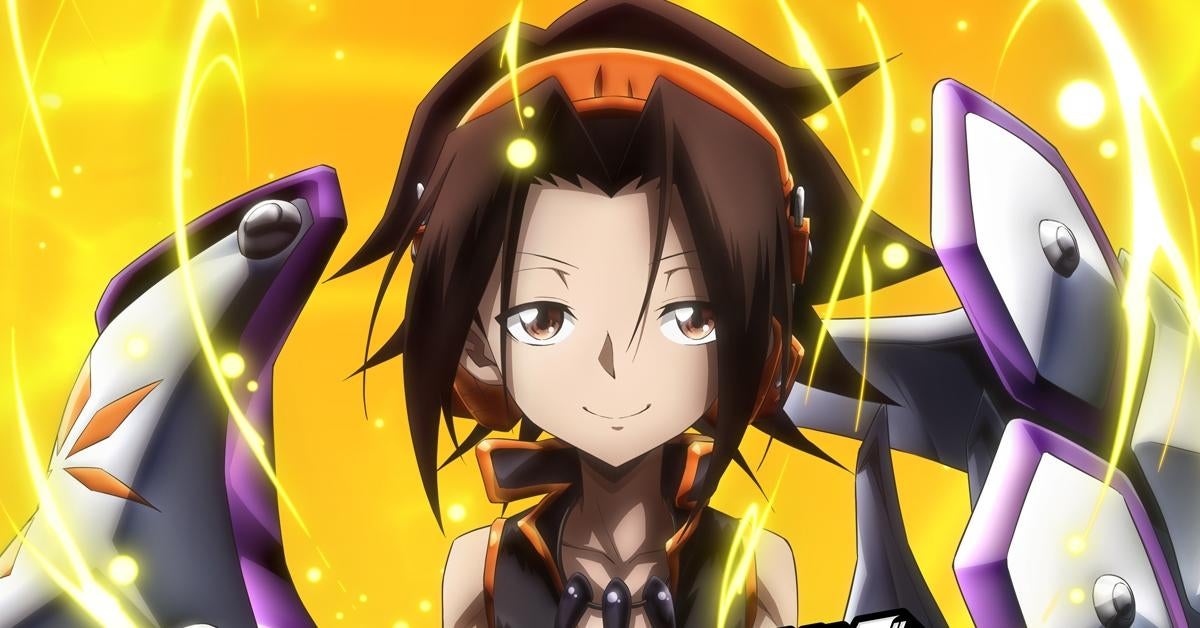 Shaman King is getting ready for yet another major arc as the rebooted anime has dropped a new poster! Beginning earlier this Spring in Japan, the rebooted take on Hiroyuki Takei’s original manga has already had a much different run than the original anime adaptation released over 20 years ago. This newest anime is far more faithful to the now complete version of the Shaman King manga series, and is planning to adapt the experience as is throughout 2021 and beyond. Now the reboot is steadily heading towards its ultimate end game.

Following the Mt. Osore Revoir arc over the last few episodes airing in Japan that took a look back at how Yoh and Anna first met (and how Yoh eventually got into his current Shaman career), the Shaman King reboot series will be entering the “Invading the Planets” saga that begins with the Five Warriors arc. Kicking off with Episode 34 airing on December 2nd in Japan, Shaman King’s official Twitter account has dropped a new poster hyping up the kind of improvements fans can expect to see from Yoh and the others:

The Invading the Planets saga is where things really get moving as the titular Five Warriors of this initial arc all grow and improve in their own respective ways as they prepare to take on Hao’s invincible strength. Joining the cast for this new arc are Kotono Mitsuishi as Sati and Eri Kitamura as Pascal Avaf, but unfortunately it has yet to be revealed when fans can expect to see this particular arc get started in international territories. As of this writing, fans are still waiting for Netflix to release the next batch of episodes following the first cour releasing earlier this Summer.

The second “season” of episodes will be making their debut with Netflix on December 9th outside of Japan, but the actual episodes being offered in this cour are still a mystery. It’s likely going to be another 12 episodes, so fans hoping for Episode 30 and beyond might have to wait until 2022 at the earliest. But what do you think of this newest poster? How are you liking Shaman King‘s reboot series overall so far? Let us know all of your thoughts about it in the comments! You can even reach out to me directly about all things animated and other cool stuff @Valdezology on Twitter!

Denial of responsibility! Verve Times is an automatic aggregator of the all world’s media. In each content, the hyperlink to the primary source is specified. All trademarks belong to their rightful owners, all materials to their authors. If you are the owner of the content and do not want us to publish your materials, please contact us by email – [email protected]. The content will be deleted within 24 hours.
Anime (genre)Shaman King
0
Share FacebookTwitterGoogle+ReddItWhatsAppPinterestEmail

My Berlin meeting with an ex Nazi | Nazism

Tom Brady admits officials let him ‘get away with a lot’