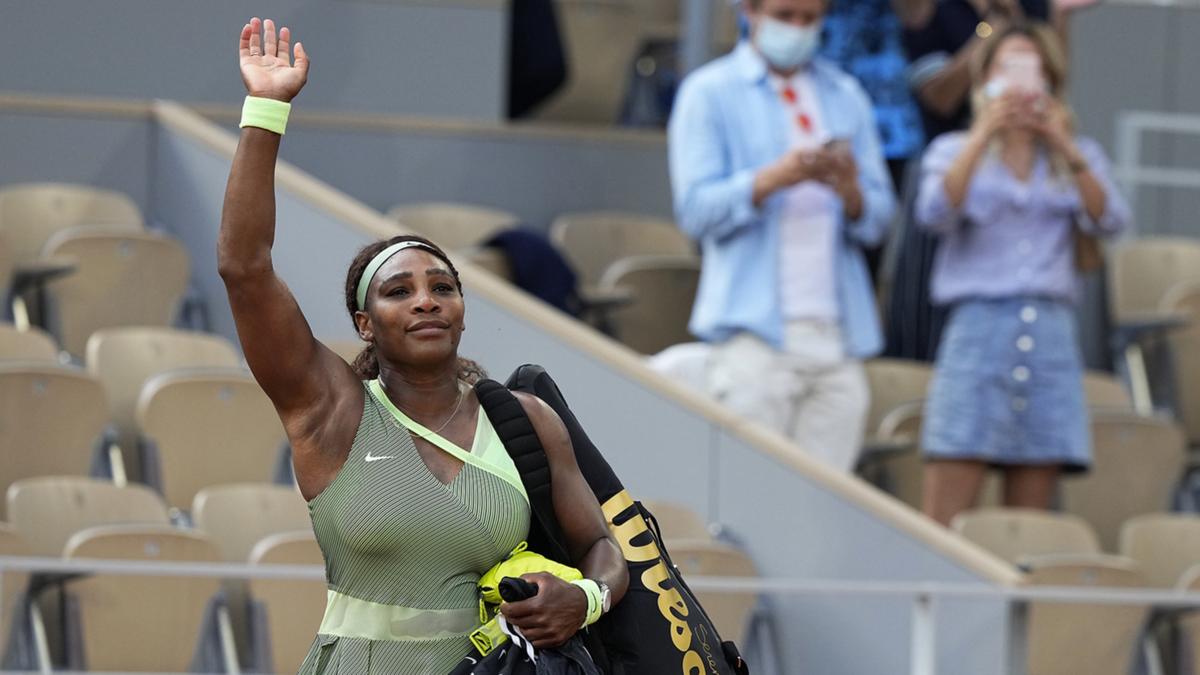 Serena Williams announces plans to retire from tennis after US Open

Serena Williams is “evolving away from tennis” and plans to retire from the sport she dominated with 23 grand slam titles following the US Open, which begins later this month.

Williams played on Monday only her second singles match since she returned to action at Wimbledon in June after a year-long absence from competition, beating Spain’s Nuria Parrizas Diaz to reach the second round of the Toronto Open.

Watch: Serena Williams announces retirement in the video above

But the 40-year-old said after that match that she could see the light at the end of the tennis tunnel in her career.

“I have never liked the word retirement,” Williams wrote in a Vogue article on Tuesday.

“Maybe the best word to describe what I’m up to is evolution. I’m here to tell you that I’m evolving away from tennis, toward other things that are important to me.

“A few years ago I quietly started Serena Ventures, a venture capital firm. Soon after that, I started a family. I want to grow that family.”

Williams won her last grand slam in 2017 and has been chasing an elusive 24th crown that will draw her level with Margaret Court who holds the record for the most majors.

She came tantalisingly close to achieving that feat, featuring in four major finals since giving birth to daughter Olympia in 2017.

“There are people who say I’m not the GOAT (greatest of all time) because I didn’t pass Court’s record, which she achieved before the ‘Open era’ that began in 1968,” former world number one Williams said.

Williams later said in an Instagram post that it was time to move in a “different direction.”

“That time is always hard when you love something so much,” she added. “My goodness do I enjoy tennis.

“But now, the countdown has begun. I have to focus on being a mom, my spiritual goals and finally discovering a different, but just exciting Serena. I’m gonna relish these next few weeks.”

Williams announced herself on the grandest stage by winning the 1999 US Open, a tournament she would go on to claim five more times.

In a storied career during which she dominated rivals like no other athlete, she also claimed seven Australian Open titles, three French Open titles and seven Wimbledon crowns.

While she has well-earned the reputation as tennis’ fiercest competitor, Williams played down expectations for her final major, after losing in the opening round at Wimbledon.

“Unfortunately I wasn’t ready to win Wimbledon this year. And I don’t know if I will be ready to win New York. But I’m going to try,” she wrote.

“I know there’s a fan fantasy that I might have tied Margaret that day in London, then maybe beat her record in New York… It’s a good fantasy. But I’m not looking for some ceremonial, final on-court moment.

“I’m terrible at goodbyes, the world’s worst. But please know that I am more grateful for you than I can ever express in words… And I’m going to miss you.”

Counting down the biggest and best moments from the Commonwealth Games

Emotional Kyrgios wins title after being ‘in really dark places’

Denial of responsibility! Verve Times is an automatic aggregator of the all world’s media. In each content, the hyperlink to the primary source is specified. All trademarks belong to their rightful owners, all materials to their authors. If you are the owner of the content and do not want us to publish your materials, please contact us by email – [email protected]. The content will be deleted within 24 hours.
On The ShowsportSunriseTennis
0
Share FacebookTwitterGoogle+ReddItWhatsAppPinterestEmail

A sheep game is going viral in China despite tight gaming…