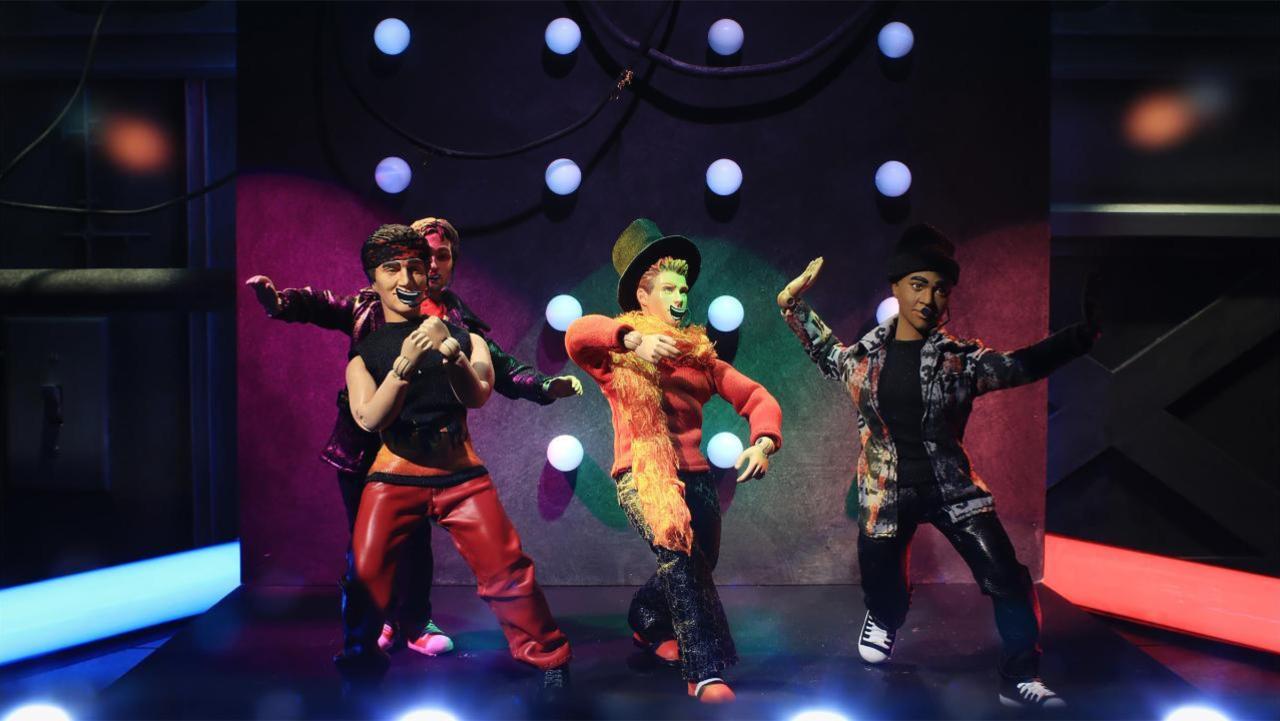 The producers of Robot Chicken reportedly considered making an animated horror series set in the world of Archie Comics’s Jughead: The Hunger and Vampironica. The pair discussed the idea on a recent episode of Riverdale After Dark, a postmorem podcast usually aimed at The CW’s Riverdale, but which in this case had taken a minor detour to discuss The Bleepin’ Robot Chicken Archie Comics Special, a half-hour special that aired in May and featured Robot Chicken’s twisted Mego versions of Archie Comics’s best and brightest. According to producers Matthew Senreich and Seth Green, the project may never have come especially close to production, but that doesn’t mean there weren’t some big names taking note.

During the course of the interview, they revealed that somehow, Riverdale heartthrob Cole Sprouse had learned of the project. He apparently cornered the producers during a promotional event and told them that if it has happened, he wanted to voice the werewolf version of Jughead.

“We had talked about a bunch of different Archie content, not even as Robot Chicken, but just us as Stoopid Monkey, or us as SBS,” Green said. “We had talked about — can I even say that? — we had been talking with Archie about developing a horror series of animation for them around Vampironica and Jughead the Hunger. There is a great anthology in there in just the stuff that’s already been written, doing that as an animated. I think it would get an entire audience.”

It was much later in the episode when Green said that Sprouse might have been courted for both the special and the Jughead show. The hosts asked whether the special had considered casting any of the Riverdale cast, and Green explained why it didn’t quite happen.

“At comic con, we were still talking about doing these animated shows, and so I had made a show with Brenda Song, who was on Suite Life with Cole,” Green explained. “So when I saw Cole at Comic Con, I said, ‘hey, you’re the little kid that worked with my buddy for years. I was like, ‘oh, let’s hang out, I’ll talk with this guy. And even better, I’ve known Skeet [Ulrich] for years, and Skeet was like, ‘ah, come meet my son!’ We were chatting up that kid all night, and at one point he talked to Jon Goldwater, I guess, and was like ‘What’s up with this Jughead cartoon?’ And I was like, ‘oh, somebody told you about this potential Jughead cartoon.’ And he’s like, ‘I want to play the Jughead.’ And I’m like ‘let me hear your werewolf.’ I’m just f–king with him. But all night, he was like, ‘I want to play Jughead, the animated version.’ When this special came up, we tried to get him, and there was something about timing, and contracts, and billing, and stuff, and it didn’t happen, and I still don’t know exactly why.”

You can stream The Bleepin’ Robot Chicken Archie Comics Special on AdultSwim.com, or buy a digital copy from your digital retailer of choice.

Denial of responsibility! Verve Times is an automatic aggregator of the all world’s media. In each content, the hyperlink to the primary source is specified. All trademarks belong to their rightful owners, all materials to their authors. If you are the owner of the content and do not want us to publish your materials, please contact us by email – [email protected]. The content will be deleted within 24 hours.
RiverdaleRobot ChickenThe CWTV
0
Share FacebookTwitterGoogle+ReddItWhatsAppPinterestEmail

Trump’s blog page shuts down after a month

Not everyone should drive a battery EV