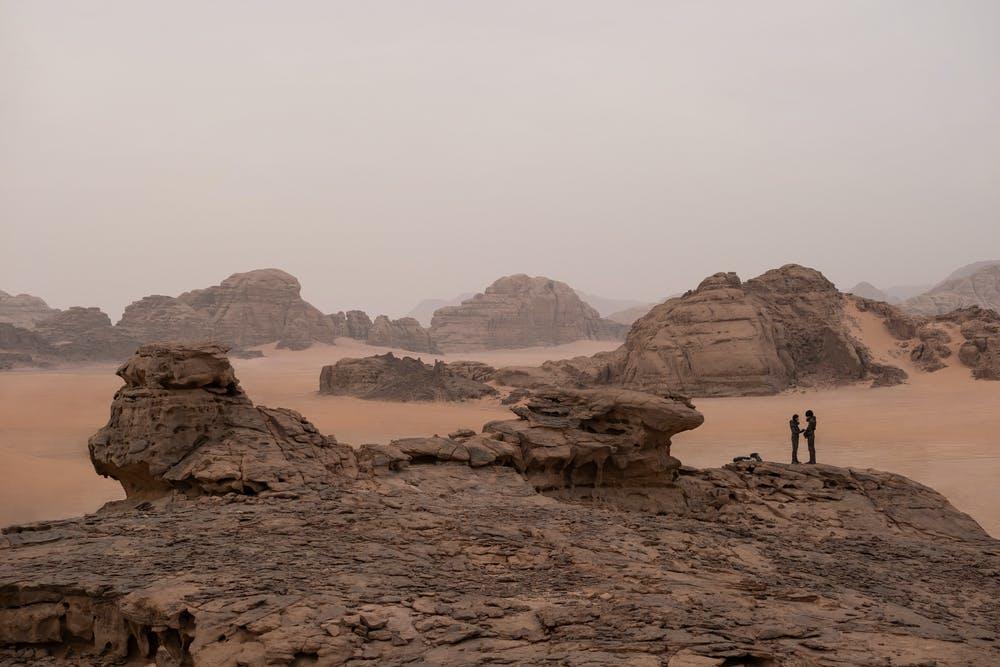 Giant worms aside, how likely is it that human beings could live on a desert planet like the ones seen in Dune? That’s what researchers set out to learn. Alex Farnsworth, Michael Farnsworth, and Sebastian Steinig, who identify themselves as scientists with an expertise in climate modelling, put their heads together to model what Arrakis would actually be like, if it existed. Here’s a hint, though: on a planet like Arrakis, how easy do you think it would be to get your hands on the 12-16 cups of water per day that The U.S. National Academies of Sciences, Engineering, and Medicine suggests for healthy adults?

With that said, no, it wouldn’t be impossible, apparently. But “inhospitable” is a word the researchers used, and that seems like a pretty fair assessment.

They used a map from The Dune Encyclopedia to get a sense for what Arrakis is supposed to look like and then built a climate model that suggested that planet’s saving grace is the fact that it supposedly has a much higher concentration of ozone overhead than Earth does. Since ozone is far better than carbon dioxide at insulating the planet from extreme heat, that meant that the desert planet would not necessarily be immediately rendered uninhabitable by blistering sun. As in the source material, most of the planet’s habitable land would necessarily be in the colder areas near the planet’s poles. But not TOO near, as the model suggests that the temperature in winter would swing wildly, going as low as -75 degrees Celsius.

You can check out way more details (and check our science, since we’re people who write about comics and movies for a living) at this link.

A mythic and emotionally charged hero’s journey, Dune tells the story of Paul Atreides, a brilliant and gifted young man born into a great destiny beyond his understanding, who must travel to the most dangerous planet in the universe to ensure the future of his family and his people. As malevolent forces explode into conflict over the planet’s exclusive supply of the most precious resource in existence-a commodity capable of unlocking humanity’s greatest potential-only those who can conquer their fear will survive.

Dune is in theaters now. On December 3, the film will be available for early Premium Digital Ownership at home for $29.99 and for 48-hour rental via PVOD for $24.99 SRP on participating digital platforms where you purchase movies. On January 11, Dune will be available on 4K, Blu-ray and DVD.

Denial of responsibility! Verve Times is an automatic aggregator of the all world’s media. In each content, the hyperlink to the primary source is specified. All trademarks belong to their rightful owners, all materials to their authors. If you are the owner of the content and do not want us to publish your materials, please contact us by email – admin@vervetimes.com. The content will be deleted within 24 hours.
Dune (2021)Moviesviral nonsense
0
Share FacebookTwitterGoogle+ReddItWhatsAppPinterestEmail

The world’s largest organism is slowly being eaten by deer

Konnan does not think WWE Champion Brock Lesnar is funny