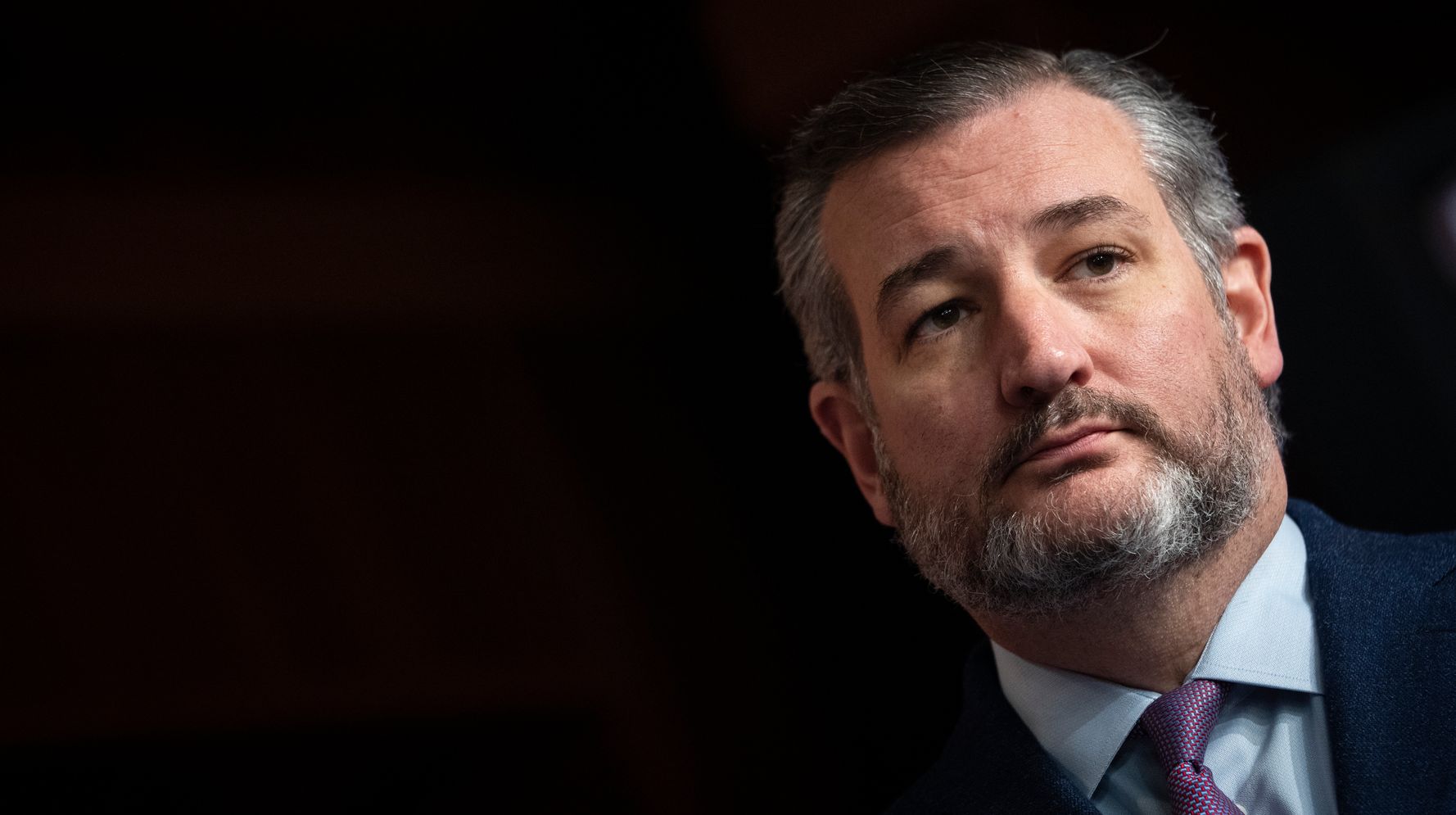 When Supreme Court nominee Ketanji Brown Jackson sits down for her Senate confirmation hearing later this month, get ready for some laughably bad — if not offensive — attacks by Republicans on Jackson’s record as a public defender.

Republicans in the Judiciary Committee have spent months accusing President Joe Biden’s judicial nominees of being “soft on crime.” They’ve settled on this line of attack on Democrats heading into the 2022 midterm elections, and they’re so eager to cement this message in the minds of voters that they’ve been accusing virtually everyone who comes before the Judiciary Committee of being soft on crime, even when it makes no sense.

Look at how they treated Nina Morrison. She’s a nominee to a U.S. district court seat in New York. For the last 20 years, she’s been an attorney with the Innocence Project, where she has helped to get dozens of innocent people out of prison and off of death row.

During her confirmation hearing last month, Republicans accused her of driving up violence all over America.

Cruz is talking about someone who has spent her career exonerating wrongly convicted people through DNA testing, in fact clearing the way for the real perpetrators of violent crimes to be held accountable. But Cruz and others argued, somehow, that Morrison was flouting the law.

“I will oppose you and anyone else the administration sends to us who do not understand the necessity of the rule of law,” Sen. Josh Hawley (R-Mo.) vowed in Morrison’s hearing, specifically calling her “soft on crime.”

Sen. Tom Cotton (R-Ark.) tried to shame Morrison for getting innocent people out of prison.

“Are you proud that you encouraged such defiance in convicted murderers?” he asked her flatly, referring to a man executed in Arkansas who made a snarky comment to a warden before being put to death. Morrison had just told Cotton that there was “significant” DNA evidence that this man, Ledell Lee, was innocent.

Republicans were similarly hostile to another Biden judicial nominee, Arianna Freeman, who is up for a seat on a U.S. appeals court in Pennsylvania. Freeman, like Jackson, has been a public defender, representing clients who can’t afford to hire an attorney.

During her confirmation hearing last week, Republicans berated Freeman for the crimes committed by one of her clients in 1981 and for defending his constitutional rights.

Hawley intentionally described in gruesome detail what Freeman’s decadesold, court-appointed client Terrance Williams was accused of: burglary, armed robbery, murder, and then another murder where he “drove this individual, the victim, to a cemetery, made him lie down near a tombstone, bludgeoned Mr. Norwood with a socket wrench and then a tire iron … and then set Mr. Norwood’s body on fire.”

“Do you regret trying to prevent this individual who committed these heinous crimes from having justice served upon him?” Hawley asked Freeman, who stopped Williams from being executed by proving his constitutional right to due process had been violated.

“My office was appointed to represent Mr. Williams for his post-conviction proceedings,” Freeman told Hawley. “We did so, as was our duty.”

“I have very serious concerns about your nomination,” Hawley concluded.

Cruz chimed in too, accusing Freeman of being part of a Democratic strategy to “abolish the police” and her office of public defenders of being “anti-death penalty zealots siding with capital murderers and ignoring the law.”

It’s been a pretty over-the-top and performative few months for the Judiciary Committee. But cutting through the drama, what’s not amusing is what Republicans have actually been arguing: that poor people charged with crimes don’t deserve any legal representation at all, and lawyers representing them should be ashamed for doing it.

Carl Tobias, the Williams Chair in Law at the University of Richmond and an expert on the federal judicial nomination process, called the GOP’s attacks “nonsensical.”

“Defendants accused of crime have enjoyed representation since the 1963 Gideon SCOTUS opinion,” Tobias said, referring to the landmark Supreme Court decision affirming that the Sixth Amendment of the Constitution requires states to provide attorneys to criminal defendants who are unable to afford their own.

“The vast majority of federal judges are former prosecutors and big law partners; judges with different perspectives [like public defenders] can improve judicial decision-making,” he said. “Moreover, whoever judges represented before ascending to the bench does not predict how they will rule as judges or show that Democrats who nominate and confirm the judges are somehow soft on crime.”

There have been plenty of other instances of Republicans trying to paint Biden’s court picks as soft on crime without any basis for doing so. Sen. John Kennedy (R-La.) last week berated a panel of three judicial nominees for declining to say whether they agree with a new wave of Democratic district attorneys moving away from a traditional tough-on-crime focus that disproportionately affects poor and minority defendants, and instead who emphasize a holistic approach over conviction rates and long sentences.

Republicans in the committee also aggressively attacked now-Massachusetts U.S. Attorney Rachael Rollins for driving up violent crimes and ignoring the law in her then-job as the Boston district attorney. In fact, violent crimes in Boston significantly dropped on her watch.

Rollins said in a Washington Post interview in October that the GOP’s criticisms were surreal.

“I have no problem being held accountable for things that I have done,” she said. “I just want to operate in a world, generally, where things are factual.”

This is where Jackson enters the scene. She’ll be the first public defender on the Supreme Court, if she’s confirmed, along with being the first Black woman on the court. Republicans have already signaled they plan to use their “soft on crime” attacks on her.

“This is a moment when issues relating to the law and the judiciary are directly hitting American families — from skyrocketing murders and carjackings, to soft-on-crime prosecutors effectively repealing laws, to open borders,” Senate Minority Leader Mitch McConnell (R-Ky.) said on the Senate floor last week while talking about the debate over Jackson’s nomination. He didn’t specifically mention her public defender background.

The White House is ready to pounce if Republicans try to go after her on this front.

“Judge Jackson is supported by the Fraternal Order of Police and comes from a family with a distinguished history in law enforcement,” said White House spokesman Andrew Bates. “She has spent her career fighting for the rule of law, which is exactly what she did as a public defender. It is fundamental under the Constitution that every American has the right to a defense and that no one can be sentenced without due process.”

He added, “The real disagreement any person criticizing Judge Jackson on these grounds has is with the Constitution, not with her.”

It’s not a coincidence that the Republicans on the Judiciary Committee who have been the loudest in their “soft on crime” attacks about Biden’s nominees — Cruz, Hawley and Cotton — are potential 2024 presidential contenders.

Some may have forgotten that they used to hail the work of public defenders, too.

When he unsuccessfully ran for president in 2016, Cruz announced that Brevard County public defender Blaise Trettis was joining his Florida state leadership team.

“Our campaign is seeing incredible support from courageous conservatives all across the state of Florida,” Cruz boasted at the time. “I’m honored to have so many of Florida’s top leaders supporting our campaign heading into the March 15th primary.”

Trettis represented a child molester in 2001, and argued that his client didn’t need to be confined to a secure facility. He has since represented an attempted murderer.

Denial of responsibility! Verve Times is an automatic aggregator of the all world’s media. In each content, the hyperlink to the primary source is specified. All trademarks belong to their rightful owners, all materials to their authors. If you are the owner of the content and do not want us to publish your materials, please contact us by email – [email protected]. The content will be deleted within 24 hours.
ketanji brown jacksonRepublican PartySupreme CourtU.S. Senate Judiciary Committee
0
Share FacebookTwitterGoogle+ReddItWhatsAppPinterestEmail