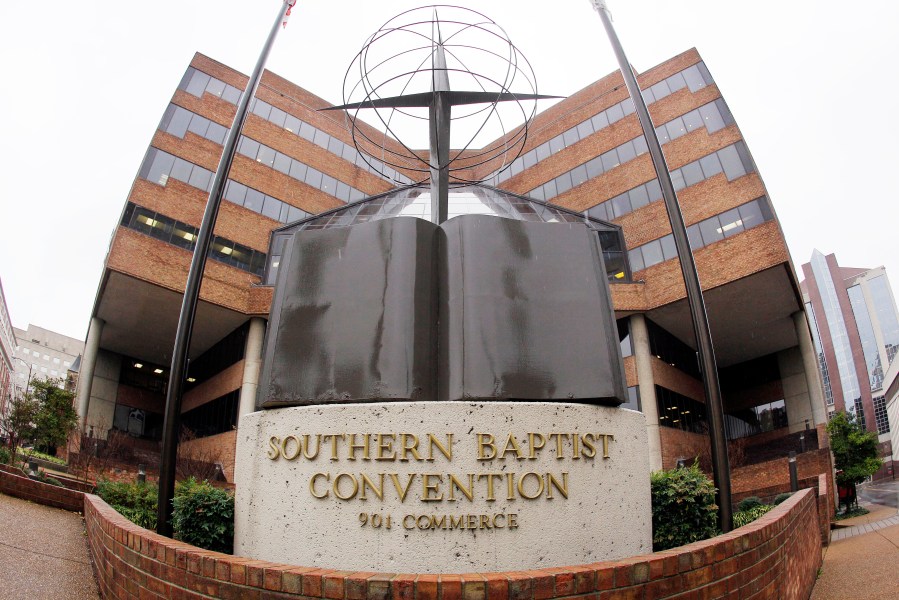 (AP) — Leaders of the Southern Baptist Convention, America’s largest Protestant denomination, stonewalled and denigrated survivors of clergy sex abuse over almost two decades while seeking to protect their own reputations, according to a scathing 288-page investigative report issued Sunday.

These survivors, and other concerned Southern Baptists, repeatedly shared allegations with the SBC’s Executive Committee, “only to be met, time and time again, with resistance, stonewalling, and even outright hostility from some within the EC,” said the report.

The seven-month investigation was conducted by Guidepost Solutions, an independent firm contracted by the Executive Committee after delegates to last year’s national meeting pressed for an independent probe.

“Our investigation revealed that, for many years, a few senior EC leaders, along with outside counsel, largely controlled the EC’s response to these reports of abuse … and were singularly focused on avoiding liability for the SBC,” the report said.

“In service of this goal, survivors and others who reported abuse were ignored, disbelieved, or met with the constant refrain that the SBC could take no action due to its polity regarding church autonomy — even if it meant that convicted molesters continued in ministry with no notice or warning to their current church or congregation,” the report added.

SBC President Ed Litton, in a statement Sunday, said he is “grieved to my core” for the victims and thanked God for their work propelling the SBC to this moment. He called on Southern Baptists to lament and prepare to change the denomination’s culture and implement reforms.

“I pray Southern Baptists will begin preparing today to take deliberate action to address these failures and chart a new course when we meet together in Anaheim,” Litton said

Among the key recommendations in the report:

—Create and maintain an Offender Information System to alert the community to known offenders.

— Restrict the use of nondisclosure agreements and civil settlements that bind survivors to confidentiality in sexual abuse matters, unless requested by the survivor.

Former pope was at meeting where pedophile priest discussed

The sex abuse scandal was thrust into the spotlight in 2019 by a landmark report from the Houston Chronicle and San Antonio Express-News documenting hundreds of cases in Southern Baptist churches, including several in which alleged perpetrators remained in ministry.

Last year, thousands of delegates at the national SBC gathering sent the message that they did not want the Executive Committee to oversee an investigation of its own actions. Instead, they voted overwhelmingly to create the task force charged with providing oversight of the third-party review. SBC President Ed Litton, pastor of Redemption Church in Saraland, Alabama, appointed the panel.

Executive Committee members have had a week to review the report before it was publicly released Sunday afternoon. The task force’s recommendations based on Guidepost’s findings will be presented at the SBC’s annual meeting in Anaheim on June 14-15.

In February, the Executive Committee offered a public apology and a confidential monetary settlement to sexual abuse survivor Jennifer Lyell, who was mischaracterized by the denomination’s in-house news service when she decided to go public with her story in March 2019.

Lyell publicly disclosed that she was a sexual abuse survivor after learning the man she accused of abuse, a former Southern Baptist seminary professor, had recently returned to ministry. She said she came forward with her story to prevent the man from engaging in further abusive acts.

Supply chain issues could result in a scary Halloween, warn…