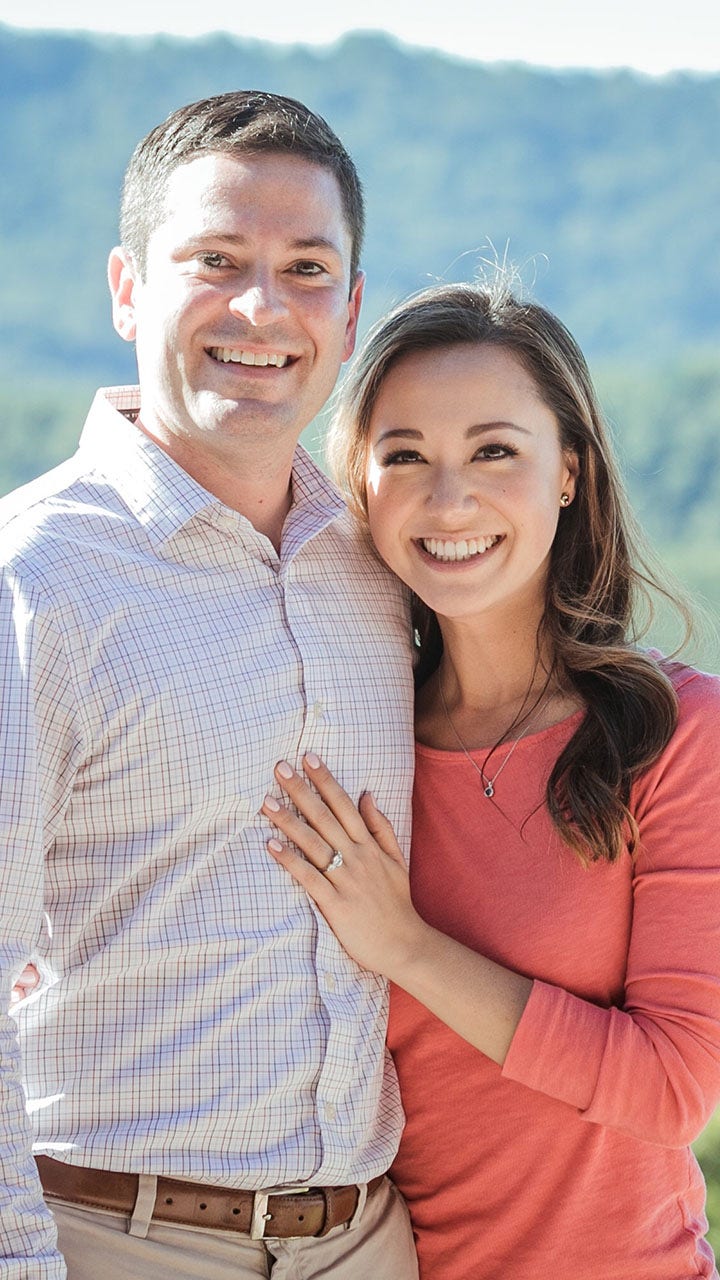 Refreshing citrus sangria cocktail from the Morgensterns for spring and summer: Try the recipe

Brian Morgenstern and Teresa Davis of Virginia, both of whom worked in the Trump White House, have an array of memorable stories to share about how they met during the Trump presidency, what they accomplished in their respective roles — and lessons learned throughout the process.

Most of all, they say it’s “the human moments” that stood out — and still do.

The couple’s wedding is in June, with the book they’ve co-authored following closely on its heels. Among the book’s offerings: delicious new recipes.

“You’ll read behind-the-scenes stories and have the tools to host an amazing dinner party.”

“Vignettes and Vino: Dinner Table Stories from the Trump White House with Recipes & Cocktail Pairings” is out this fall from Post Hill Press.

Among their exclusive offerings to Fox News Digital from the book (available now for pre-order) is a citrus sangria cocktail for spring and summer celebrations.

Brian Morgenstern and Teresa Davis met in 2018 during the Trump administration; subsequently, they each held roles in the White House. They share stories, recipes and more in “Vignettes and Vino,” their new book.
(The Morgensterns/”Vignettes and Vino”)

“We wrote about our experience at the White House during a global pandemic, an economic crisis, riots across the country, a presidential election and the confirmation of a Supreme Court justice,” Brian Morgenstern told Fox News Digital in a recent interview.

“We wanted to share our nation’s history with our readers in the way that we share our stories with our friends and families.” He said the experience of sharing these stories is paired with faith — as well as good food and drink.

“Our stories are funny, some are poignant, others are informative — but one thing is for sure: This book is useful!” It includes practical tips for hosting dinner parties.

Brian Morgenstern is an attorney, business consultant and owner of Win the Future Strategies, LLC, a public affairs and government relations firm. He is a former White House deputy press secretary and deputy communications director, as well as a former deputy assistant secretary of the Treasury, during the Trump administration.

He helped implement the Tax Cuts and Jobs Act and the CARES Act, confirm a Supreme Court Justice and advise the president during COVID-19, riots and a presidential election.

President Donald J. Trump talks on the phone on Friday, Nov. 20, 2020, in the Oval Office of the White House. Brian Morgenstern is at far right.
(Official White House Photo by Shealah Craighead)

Teresa Davis, co-owner of Win the Future Strategies, LLC, comes from a military family. She is a former senior communications adviser at the White House for Operation Warp Speed, as well as a former Pentagon deputy press secretary during the Trump administration.

“Obviously, the outcome [of Election Night 2020] was not what we wanted — but we made wonderful memories that night all the same.”

She also served as communications director for Rep. Tom Cole, R-Okla. — and competed in the Miss America pageant as Miss District of Columbia 2014.

Of this cocktail recipe they’ve shared with Fox News Digital exclusively, she told Fox News Digital, “This recipe is paired with my story in the book about Election Night 2020 at the White House.”

Brian Morgenstern and Teresa Davis are pictured at the White House.
(The Morgensterns/”Vignettes and Vino”)

She added, “We made festive cocktails and enjoyed the evening with friends from throughout the administration.”

“Obviously,” she added, “the outcome was not what we wanted — but we made wonderful memories that night all the same.”

Brian Morgenstern added, “We tested this one on some friends before it went into the book — it was a huge hit.”

A cocktail in a glass as well as fresh fruit is shown there. Brian Morgenstern and Teresa Davis say they tested their citrus sangria recipe on friends before putting it in their book: “It was a huge hit.”

The couple believe that nothing pairs better with a spicy red dish than a light, sweet, bubbly beverage such as a citrus sangria.

Try this citrus sangria recipe this spring and summer from the Morgensterns, shared here from “Vignettes and Vino.”

This refreshing citrus sangria recipe from the Morgensterns’ book ‘Vignettes and Vino’ incudes slices of lemon, lime and orange — plus pineapple juice.

In a large pitcher or punch bowl, mix all the ingredients.

Chill in the refrigerator.

Serve over ice with fruit garnish.

This recipe appears exclusively with permission from the forthcoming book, “Vignettes and Vino: Dinner Table Stories from the Trump White House with Recipes & Cocktail Pairings” by Brian and Teresa Morgenstern (Post Hill Press); it can be pre-ordered here.

‘Need For Speed’ developer Criterion has absorbed a Codemasters studio