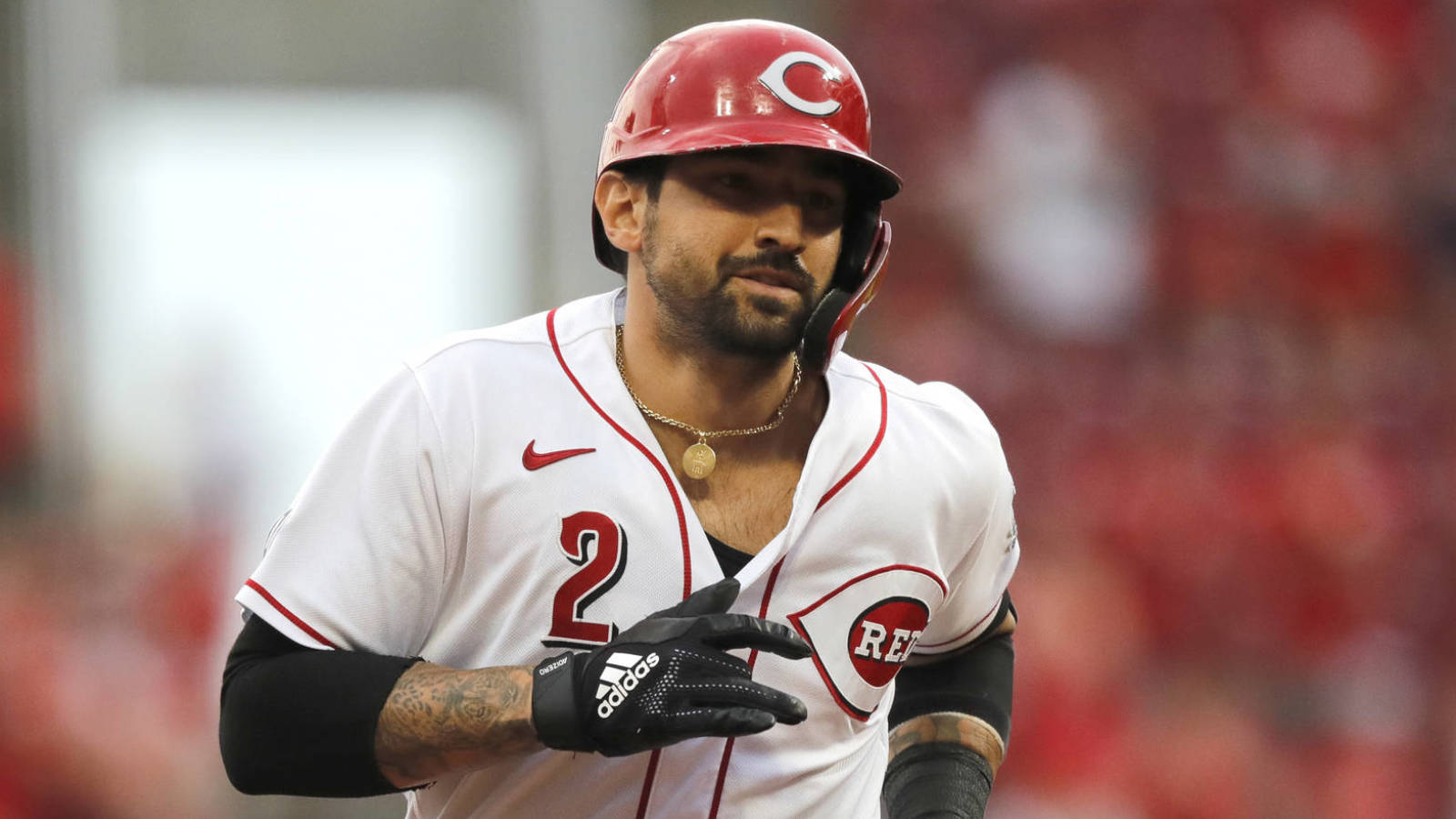 Reds right fielder Nick Castellanos revealed tonight in an Instagram Live appearance with Jomboy Media’s Chris Rose that a CT scan earlier today revealed a microfracture in his ailing right wrist (video link). Castellanos, who was hit by a pitch on the wrist last Friday, said he tried to play through the pain for a few games but will need to “take a couple days and see where I’m at.” He added that he’s unable to swing a bat at the moment.

It’s important to note that Castellanos didn’t provide any sort of outlook beyond taking a couple of days to rest and reevaluate. There’s no sense in speculating how much time he’ll miss beyond that initial down period, but even an absence of a few days is a tough blow for the Reds, given the current state of their roster and the context of the NL Central.

Cincinnati is already without slugger Mike Moustakas and is down three of its top relievers: Tejay Antone, Michael Lorenzen and Lucas Sims. The Reds have also dropped five of their first six games coming out of the All-Star break, including a three-game sweep at the hands of the division-leading Brewers.

The Reds are still very much alive in the postseason hunt, sitting six back of a Wild Card spot and six and a half games back of the Brewers in the division. But they’re also one of many teams whose deadline trajectory could be determined by their play over the next week, which magnifies the importance of even a brief absence from their best hitter.

Castellanos has been an absolute monster this season, batting .329/.383/.582 with 18 home runs, 29 doubles and a triple in 368 plate appearances. He’s vital to the team’s chances in the coming days, and if the club were to ultimately pivot and look to sell some veterans, he’d have been an in-demand player himself, given his ability to opt out of his contract at season’s end. Castellanos is in the second season of a four-year, $64M contract with Cincinnati but can forgo the final two years and $34M on that deal and return to the open market this winter.

However long Castellanos is down, the Reds can turn to Aristides Aquino and Shogo Akiyama to help cover in right field. They’re also sending the injured Nick Senzel out on a minor league rehab assignment this week, so he could be an option to help out before long. Manager David Bell told reporters today (Twitter link via Bobby Nightengale of the Cincinnati Enquirer) that Senzel will see time both at center field and shortstop during his rehab stint.

Opinion: Pregnant and breastfeeding people should be in trials

Virat is happy to see Hasranga, RCB’s batting for BCCI will replace this…