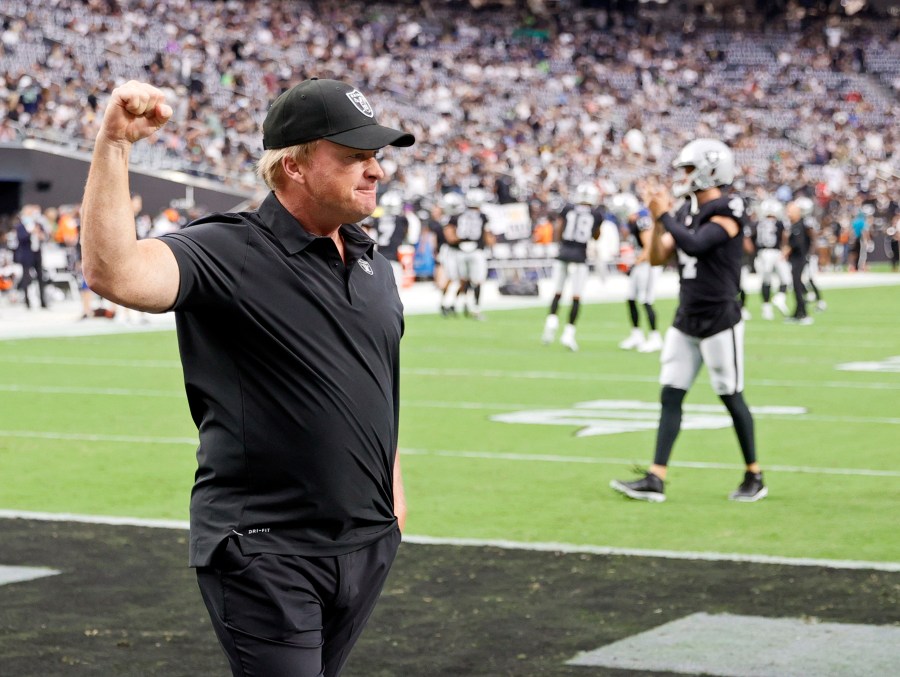 LAS VEGAS (KLAS) — Las Vegas Raiders head coach Jon Gruden is under fire for racist comments he made in a 2011 email, the Wall Street Journal reports.

Gruden was working for ESPN at the time and the NFL was going through collective bargaining during the 2011 lockout when he allegedly sent the message to then-Washington Football Team President Bruce Allen.

In the email, Gruden was complaining about then-head of the NFL’s Players Association, DeMaurice Smith, and wrote that “Dumboriss Smith has lips the size of Michelin tires,” the Journal reported.

Gruden told the newspaper that he couldn’t specifically recall sending the email but he apologized for it, adding that he was angry about the lockout during labor negotiations and he didn’t trust the direction the union was taking.

“The email from Jon Gruden denigrating DeMaurice Smith is appalling, abhorrent and wholly contrary to the NFL’s values,” NFL spokesman Brian McCarthy said Friday. “We condemn the statement and regret any harm that its publication may inflict on Mr. Smith or anyone else.”

The content of an email regarding DeMaurice Smith from Jon Gruden when he worked for ESPN 10 years ago is disturbing and not what the Raiders stand for. We were first made aware of the email late yesterday by a reporter and are reviewing it along with other materials provided to us today by the NFL. We are addressing the matter with Coach Gruden and will have no further comment at this time.

The comment apparently surfaced during a review of emails regarding workplace misconduct at the Washington Football Team that was completed during the summer. “The league was informed of the existence of emails that raised issues beyond the scope of that investigation,” McCarthy said.

“Over the past few months, at the commissioner’s direction,” he added of Roger Goodell, “senior NFL executives reviewed the content of more than 650,000 emails, including this email which was sent to a club employee. Earlier this week, the executives presented a summary of that review to the commissioner and are sharing with Raiders executives emails pertaining to coach Gruden.”

Nearby residents grapple with health problems