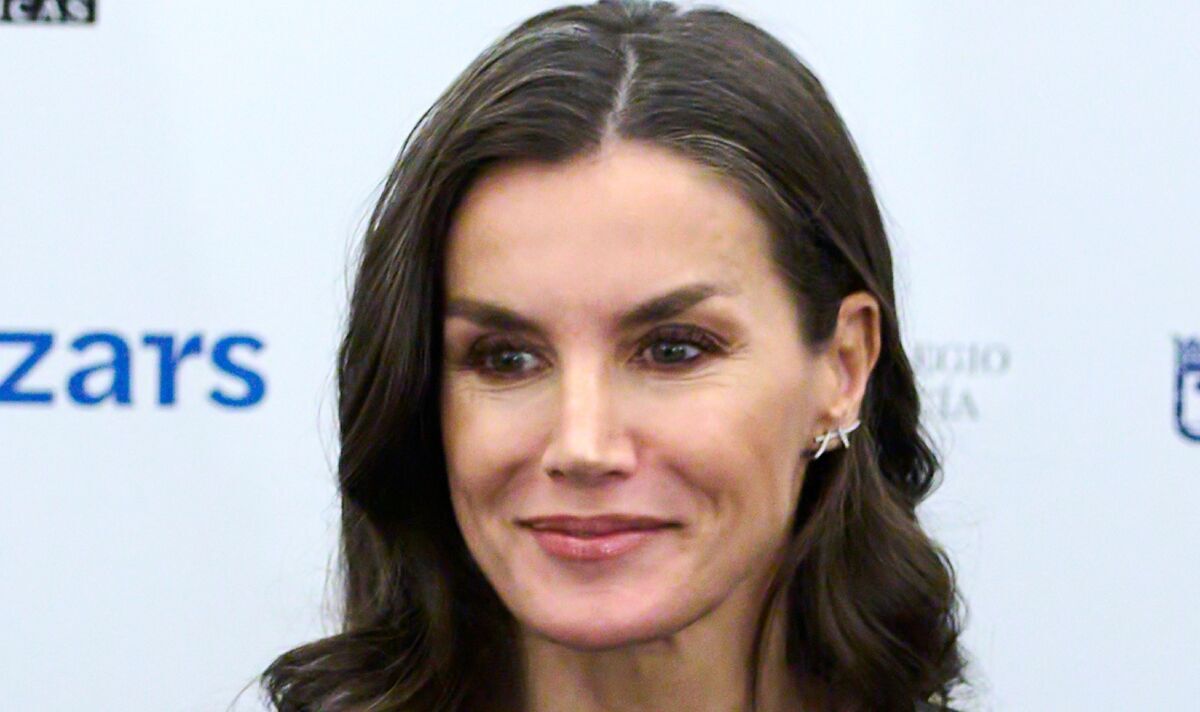 Queen Letizia stuns in £2,069 diamond earrings ‘full of exoticism and mystery’ for summit

Queen Letizia, 50, stepped out today to attend the opening ceremony of the Summit of Women Jurists. The Queen Consort looked wonderful in an outfit more suited to the winter months, as opposed to her usual summery dresses.

But it was Queen Letizia’s diamond earrings that commanded attention. The mother of two wore her Gold & Roses Double Dagger Earrings, which she has owned as far back as 2017.

They are 18-carat white gold earrings with diamonds that sell for a whopping 2,389.50 euros, or roughly £2,069 in British Sterling in the current Black Friday sales which last until December 1.

Their description says: “A trip to Marrakech unleashes this collection of jewellery with innovative and elegant shapes that evoke a walk through a city full of exoticism and mystery.

“Earrings inspired by the daggers of the Arab warriors.” Although Letizia opted to wear the white gold earrings today, she also owns the same pair in rose gold which she has worn on other occasions.

READ MORE: Inside King Charles’ adorable bond with his grandchildren

These also sell for the exact same price as the white gold earrings she wore today to the opening ceremony of the Summit of Women Jurists.

Although it is unclear where Letizia’s coat is from, it featured a large lapel and long sleeves, which the Queen did not put her arms through.

Instead, she wore the red coat over her shoulders and kept her arms free from the sleeves, similar to styles which former First Lady Melania Trump has worn.

The coat also featured a fabric belt around the waist in the same colour, which Queen Letizia left un-tied and hanging down either side.

Adding an edgy look to her overall outfit, Queen Letizia wore a black leather long-sleeved top, which was tight-fitting but flared out slightly from the waist down.

Additionally, Queen Letizia’s top featured diamonte jewels along the circular neckline, as well as around the waistline and her two cuffs.

For the second half of the outfit, the Queen Consort wore a pair of checked office-wear trousers that also flared out towards the bottom.

For footwear, she wore a simple pair of dark grey stiletto heels to add some sophistication to the overall look and a chic finish.

The Queen of Spain curled her long brunette hair into pretty waves, which she frequently tucked behind her ears to show off her diamond earrings.

She opted for a heavy makeup look, with smokey eyeshadow and a bold nude lip which perfectly complemented her dashing red coat.

Queen Letizia arrived at the 10th edition of the Summit of Women Jurists of the Madrid Bar Association earlier this morning in Madrid.

Letizia presided over the “X Summit of Women Jurists”, which was organised by the Madrid Bar Association through its Delegate Commission for Equality, Diversity and Inclusion.

The Queen of Spain is a key attendee at the important summit, having previously attended in both 2018 and 2021, the latter being during the coronavirus pandemic.

She perhaps has a keen interest in the subject matter, having come from a middle-class family and worked as a journalist for ABC and EFE before becoming a news anchor at CNN+ and Televisión Española.

In 2004, she married Felipe, then Prince of Asturias and heir apparent to the Spanish throne, and is now the Queen Consort of the country with two teenage daughters, Princess Leonor and Infanta Sofia.

2 rescued after plane crashes into power lines in Maryland