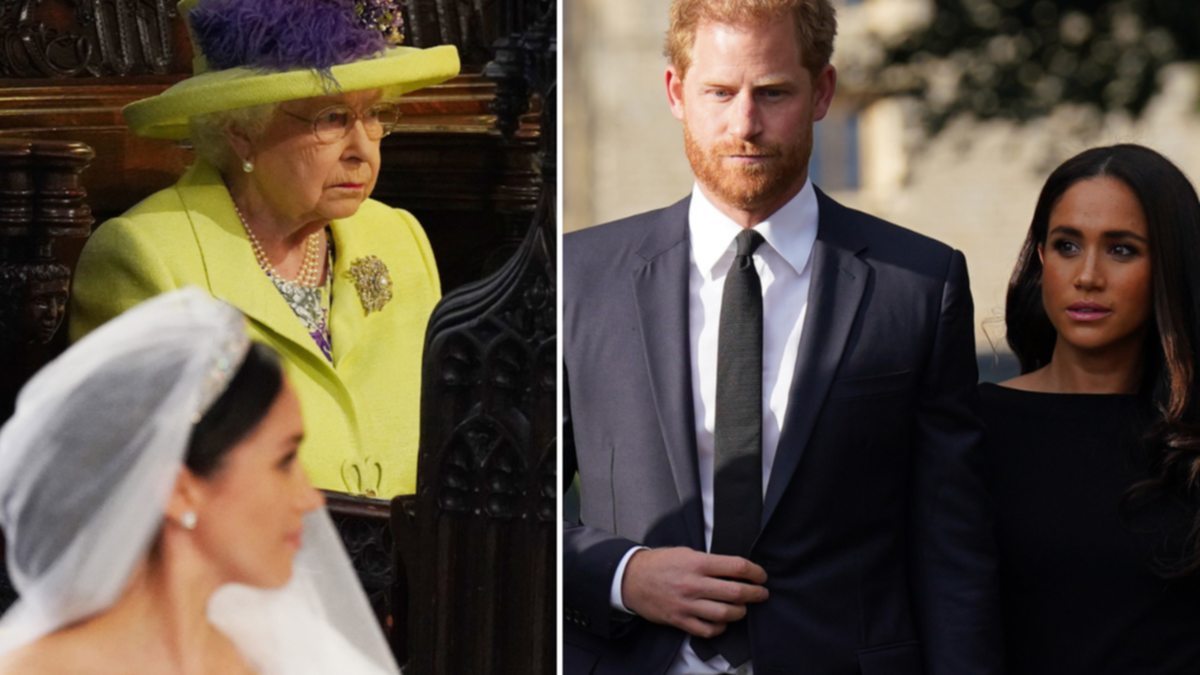 Queen Elizabeth tried to persuade Meghan, the Duchess of Sussex, to mend the rift with her father Thomas Markle, according to a new book about the royal family.

In her upcoming book The New Royals, Katie Nicholl writes that the Queen “could see how damaging the situation between Meghan and her father was,” and encouraged the former Suits actress to talk to him.

WATCH THE VIDEO ABOVE: Thomas Markle on Meghan and Harry’s Oprah interview

A royal source told Nicholl that the situation between Meghan and her father, from whom she is still estranged, was “badly handled” and could have been “done differently.”

Thomas Markle, 78, courted the media in the lead-up to his daughter’s 2018 wedding to Prince Harry, even admitting that he secretly collaborated with paparazzi to stage photos where he went shopping for a suit to wear to the big event.

He then pulled out of attending the wedding, and commented on it from a hospital bed, where he was having heart surgery.

“The service was beautiful and it’s history,” he said.

In the end, it was Harry’s father, Charles, who walked Meghan down the aisle.

Thomas Markle’s activities after the wedding further enraged Meghan, who accused him of leaking a private letter she had written to him after the nuptials.

She then sued and won a case against the Mail on Sunday for publishing the letter, in which she accused Thomas Markle of “exploiting” her relationship with Harry for monetary gain.

A court found that the letter’s contents were “personal, private, and not matters of legitimate public interest.”

Nicholl also writes in The New Royals that Queen Elizabeth felt Prince Harry should have visited Thomas Markle, who lives in Mexico, before the wedding.

“I think she felt that Harry should certainly have met Thomas Markle and it was unfortunate that that had to happen,” Nicholl wrote.

Queen Elizabeth died on September 8, aged 96, with many loose threads still hanging between various members of her extended family.

Whilst Meghan Markle has not yet reconciled with her father, the relationship between Prince Harry, his father Charles and brother William remains complex.

Tensions began to rise when Harry and Meghan stepped away from royal duties and moved to California in 2020.

Then they gave an explosive interview to Oprah Winfrey in 2021 which included allegations of racism within the royal family and lack of mental health support for Meghan during and after her first pregnancy with son Archie.

Another royal writer, Robert Hardman, told People that despite all the difficulties of recent years, “The Queen adored Harry right to the end, and Harry adored her.”

“I think she was one of the conduits between Windsor and California, and it would have been one of her dearest wishes that they patch things up.”

Katie Nicholls’ book The New Royals: Queen Elizabeth’s Legacy and the Future of the Crown is available from October 4.

Denial of responsibility! Verve Times is an automatic aggregator of the all world’s media. In each content, the hyperlink to the primary source is specified. All trademarks belong to their rightful owners, all materials to their authors. If you are the owner of the content and do not want us to publish your materials, please contact us by email – [email protected]. The content will be deleted within 24 hours.
Duchess Of SussexEntertainmentMeghan Markle [MeghanQueen Elizabeth IIRoyal Family
0
Share FacebookTwitterGoogle+ReddItWhatsAppPinterestEmail