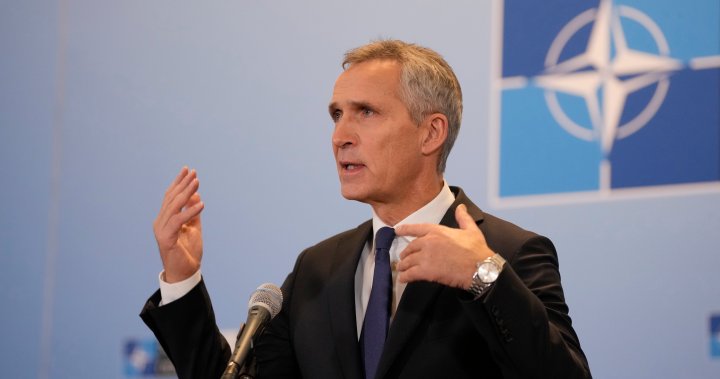 With winter settling in, Jens Stoltenberg told reporters on Tuesday that it is critical for the military alliance to support Ukraine and help rebuild its energy infrastructure as a wave of Russian attacks have repeatedly knocked out power supplies and heating for millions of Ukrainians.

“It is extremely important that President Putin is not able to win in Ukraine. That will be a tragedy for Ukraine, but it will also make the world more dangerous and also more vulnerable. It’s in the security interests of allies to support Ukraine,” he said following a meeting of NATO foreign ministers in Bucharest, Romania.

Following Tuesday’s meeting, NATO foreign ministers said in a joint statement they will be there to help Ukraine rebuild its infrastructure.

“We will continue and further step up political and practical support to Ukraine as it continues to defend its sovereignty and territorial integrity … and will maintain our support for as long as necessary,” it said.

On Nov. 16, Canada announced it was sending winter gear to Ukrainian troops, including portable heaters, thermal blankets and sleeping bags.

— with files from The Associated Press and Reuters

Denial of responsibility! Verve Times is an automatic aggregator of the all world’s media. In each content, the hyperlink to the primary source is specified. All trademarks belong to their rightful owners, all materials to their authors. If you are the owner of the content and do not want us to publish your materials, please contact us by email – [email protected]. The content will be deleted within 24 hours.
NATONATO RussiaNATO UkraineRussiaRussia NewsRussia UkraineRussia Ukraine NATORussia war
0
Share FacebookTwitterGoogle+ReddItWhatsAppPinterestEmail

How conservative is the GOP? : NPR

What is a squall? | Live Science

Shake Up Dinner With a Sheet Pan Sweet Potato and Chickpea…