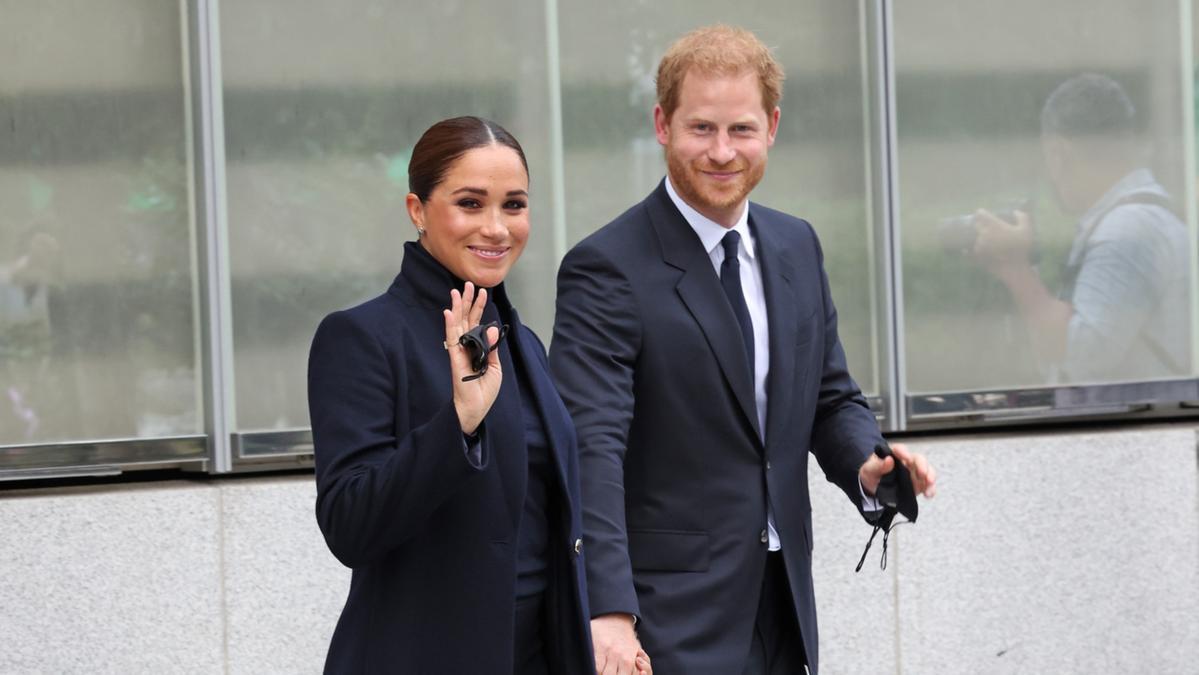 Prince Harry is challenging a government decision that he should not receive police protection when on British soil even if he covers the cost himself.

The Duke of Sussex says he wants to bring wife Meghan Markle and their two children “home” to the UK, but he is too scared to do so due to a lack of security.

Watch the video above

The couple lost access to around the clock police protection when they quit royal duties and moved to the United Staes in 2020.

Prince Harry has returned to the UK twice in the last two years – for the unveiling on a Princess Diana statue last July and Prince Philip’s funeral three months earlier – but Meghan and their two children have stayed in the US both times.

A legal representative for Harry said he does have private security, but this would not give him and his family the level of protection they need while visiting Britain.

“In the absence of such protection, Prince Harry and his family are unable to return to his home,” the statement said.

“The UK will always be Prince Harry’s home and a country he wants his wife and children to be safe in,” they said on Sunday.

“But with the lack of police protection, comes too great a personal risk.

“He remains sixth in line to the throne, served two tours of combat duty in Afghanistan, and in recent years his family has been subjected to well-documented neo-Nazi and extremist threats,” the statement continues.

“While his role within the institution has changed, his profile as a member of the royal family has not. Nor has the threat to him and his family.

“The Duke and Duchess of Sussex personally fund a private security team for their family, yet that security cannot replicate the necessary police protection needed whilst in the UK.

While Harry has returned to the UK twice since walking away from royal life in 2019, Meghan and two-year-old son Archie have not crossed the pond.

Baby daughter Lilibet has yet to set foot in the country where her dad was born and has not met any of her British relatives, including 95-year-old great grandmother the Queen.

The monarch has reportedly been made aware of her grandson’s action, which is thought to be the first time a member of the Royal Family has brought a case against Her Majesty’s Government.

Denial of responsibility! Verve Times is an automatic aggregator of the all world’s media. In each content, the hyperlink to the primary source is specified. All trademarks belong to their rightful owners, all materials to their authors. If you are the owner of the content and do not want us to publish your materials, please contact us by email – [email protected]. The content will be deleted within 24 hours.
EntertainmentEntertainment - SunriseMeghan And HarryOn The ShowPrince HarryQueen Elizabeth IIRoyal Family
0
Share FacebookTwitterGoogle+ReddItWhatsAppPinterestEmail

Durant has sprained knee ligament, no timetable for return

Gausman struggles as Blue Jays stumble in loss to Mariners

Luna Terra USD: How a trash-talking crypto bro caused a $40…