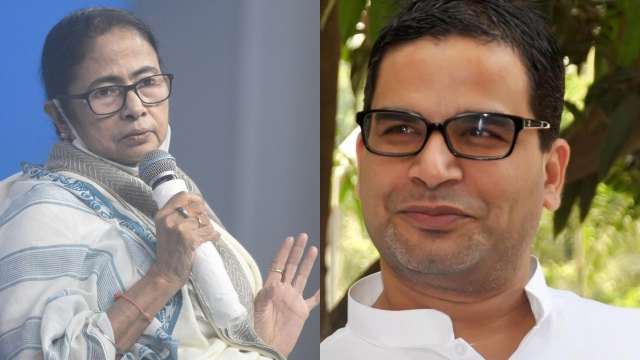 Prashant Kishor’s Bengaluru visit meant to build base for TMC in Karnataka?

Political strategist Prashant Kishor who was in Bengaluru on Thursday is reportedly trying to build a base for the Trinamool Congress in the BJP-ruled state of Karnataka. Speculations are rife that Kishor visited Bengaluru to reach out to senior Congress and BJP legislators from the Lingayat community.

In a bid to allegedly ‘poach’ Congress leaders, it is said that Kishor tried to reach out to M B Patil, the Karnataka Pradesh Congress Committee working president. It is also reported that Kishor even held talks with BJP patron and former Chief Minister B S Yediyurappa and his son, party’s state vice-president B Y Vijayendra, over the alleged floating of a new regional party.

However, M B Patil took to Twitter to clear the air. “The report is absolutely baseless and fictitious. There is not an iota of truth in the report,” he claimed.

This report is absolutely baseless and fictitious. There is not an iota of truth in the report. https://t.co/GjZSDIz85S

According to some media reports citing sources, Prashant Kishor is trying to woo at least five big leaders from Congress and also figuring out more leaders, who are not active. It is also being said he is making a list of leaders neutral in their ideology.

The Mamata Banerjee-led Trinamool Congress is likely to enter the fray during the Karnataka Assembly Elections 2023. Mamata Banerjee and Prashant Kishor have already managed to get a handsome number of leaders in the North, Northeast and western states. The party is has entered the political fray in Uttar Pradesh, Meghalaya, Tripura and Goa.

Denial of responsibility! Verve Times is an automatic aggregator of the all world’s media. In each content, the hyperlink to the primary source is specified. All trademarks belong to their rightful owners, all materials to their authors. If you are the owner of the content and do not want us to publish your materials, please contact us by email – [email protected]. The content will be deleted within 24 hours.
BengaluruCongress leadersKarnataka Assembly electionKarnataka Congress MLAMamata BanerjeeMB PatilpoachingPrashant Kishor
0
Share FacebookTwitterGoogle+ReddItWhatsAppPinterestEmail

Thousands gather in Melbourne, Sydney and across Australia in orchestrated protests against COVID-19 vaccines, restrictions

M&M’s have had a ‘progressive’ makeover – could this be…