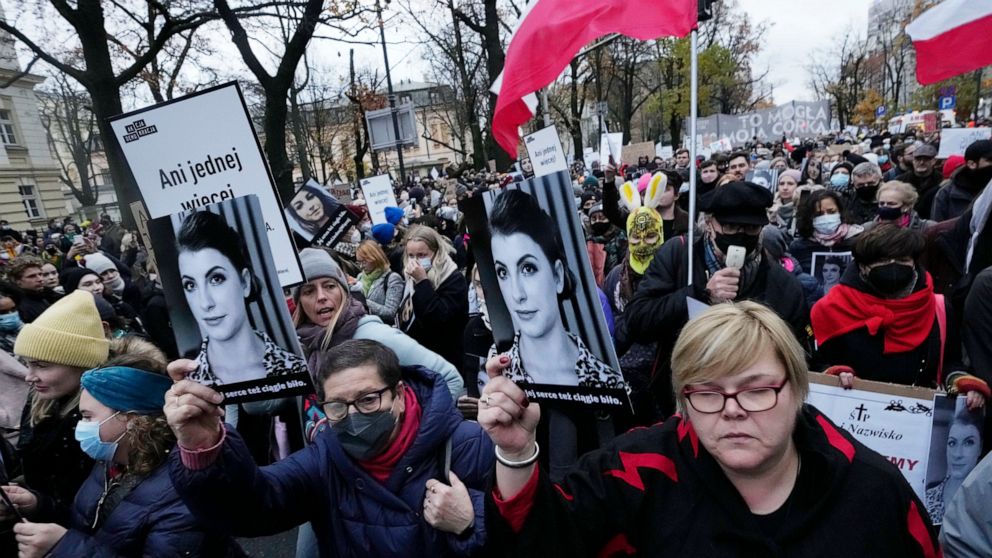 WARSAW, Poland — Poland’s Health Ministry issued instructions Sunday to doctors confirming that it is legal to terminate a pregnancy when the woman’s health or life is in danger, a directive that comes amid apparent confusion over a new restriction to the country’s abortion law.

The document addressed to obstetricians comes in reaction to the hospital death of a 30-year-old mother whose 22-week pregnancy had medical problems. The woman died in September but her death became widely known this month. Doctors at the hospital in Pszczyna, in southern Poland, held off terminating her pregnancy despite the fact that her fetus lacked enough amniotic fluid to survive, her family and a lawyer say.

The doctors have been suspended and prosecutors are investigating.

The ministry stressed it is in line with the law to terminate a pregnancy when the woman’s health is in danger, even more so in case of threat to her life. It included guidance in case of premature loss of the amniotic fluid.

“It should be clearly stressed that doctors must not be afraid to take evident decisions. stemming from their experience and the available medical knowledge,” the ministry said.

Until a year ago, women in Poland could have abortions in three cases: if the pregnancy resulted from a crime like rape, if the woman’s health or life was at risk, or in the case of irreparable defects of the fetus. That last possibility was eliminated a year ago, when the Constitutional Tribunal ruled it went against Poland’s law.

Denial of responsibility! Verve Times is an automatic aggregator of the all world’s media. In each content, the hyperlink to the primary source is specified. All trademarks belong to their rightful owners, all materials to their authors. If you are the owner of the content and do not want us to publish your materials, please contact us by email – admin@vervetimes.com. The content will be deleted within 24 hours.
AbortionAbortion controversyGeneral newsGovernment and politicsHealthHuman rights and civil libertiesPolandPoland government
0
Share FacebookTwitterGoogle+ReddItWhatsAppPinterestEmail

Side with Rams in Peterson’s return