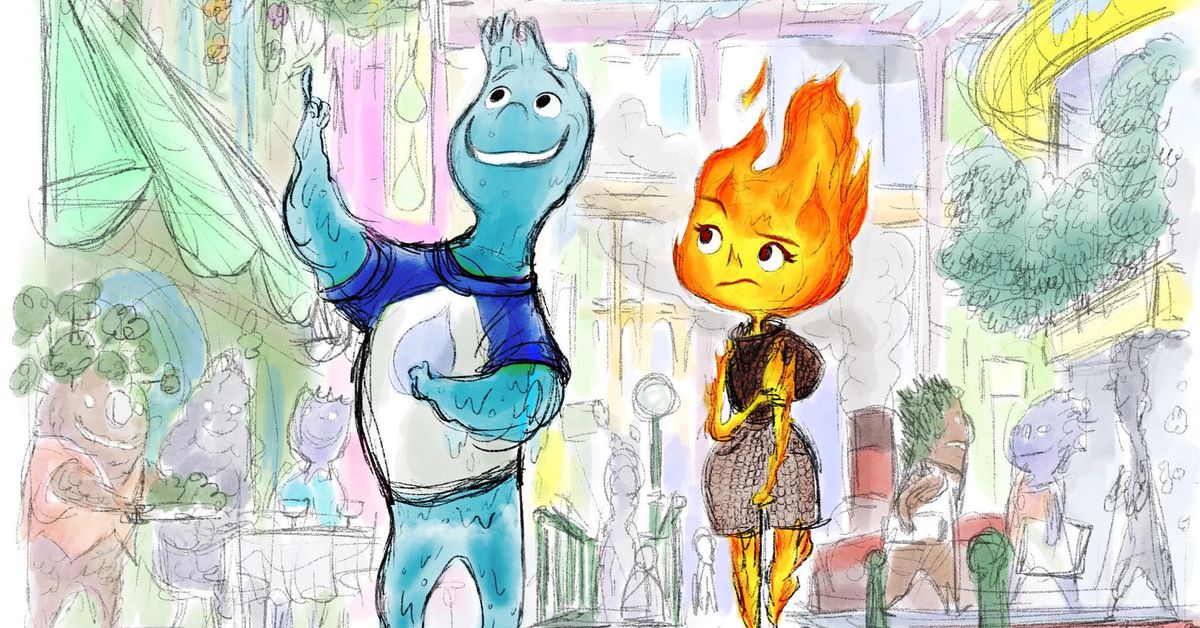 Pixar’s Elemental is releasing in June 2023

Pixar has provided the very first details of its upcoming feature Elemental — including a release date of June 16th, 2023. Directed by Peter Sohn (best known for The Good Dinosaur), the movie takes place in a city filled with beings tied to the various elements of fire, water, air, and land. It follows two characters named Ember and Wade, who, you might’ve guessed, are composed of seemingly opposite elements.

Here’s Sohn on the film:

“My parents emigrated from Korea in the early 1970s and built a bustling grocery store in the Bronx. We were among many families who ventured to a new land with hopes and dreams — all of us mixing into one big salad bowl of cultures, languages, and beautiful little neighborhoods. That’s what led me to Elemental. Our story is based on the classic elements — fire, water, land and air. Some elements mix with each other, and some don’t. What if these elements were alive?”

In addition to the description and timing details, Pixar also released an early piece of concept art to give a sense of the film’s visual style. You can check out the full image below:

The June 16th date means that Elemental will be released almost exactly a year after the upcoming Lightyear, a prequel of sorts that follows the origin story of Buzz Lightyear. Lightyear hits theaters on June 17th, though it’s unclear right now if Elemental will be a theatrical release or join other animated films like Turning Red and Luca in going straight to Disney Plus.

Can the U.S. close a gender pay gap widened by the pandemic?