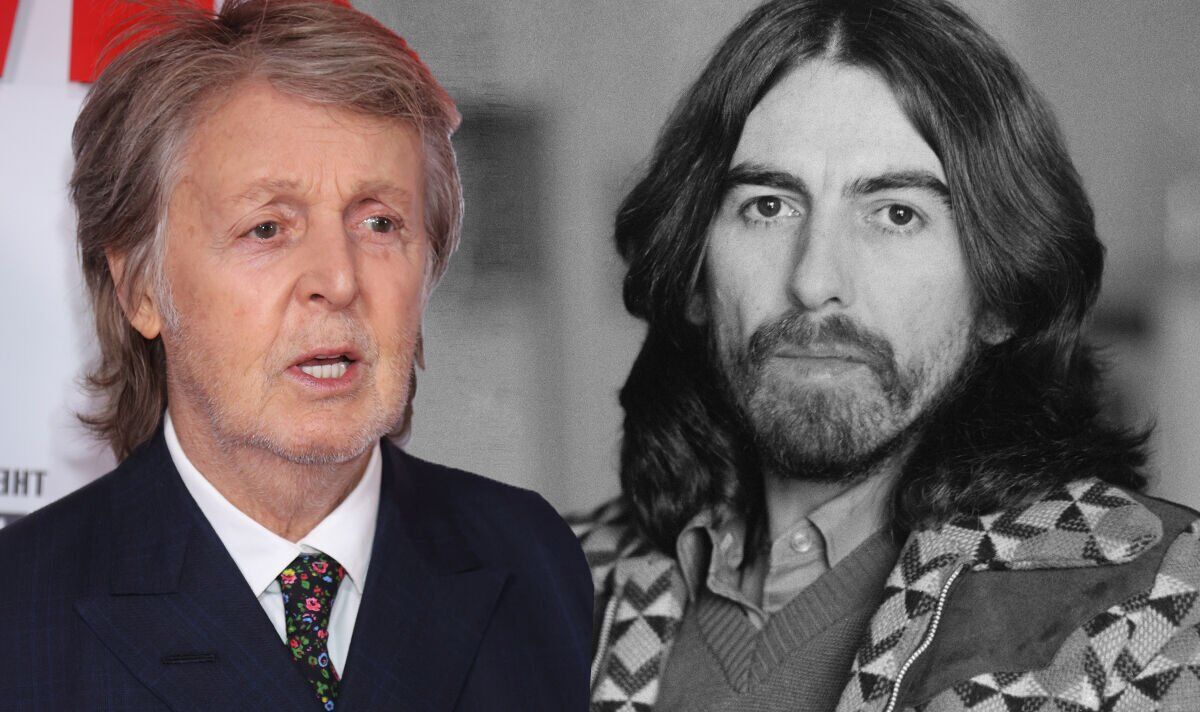 In the mid-1960s The Beatles were releasing albums thick and fast. By 1966 the band were already on their seventh studio album, Revolver. Although it included such iconic and memorable songs as Eleanor Rigby, Yellow Submarine and Good Day Sunshine, the band decided to give the opening track to George Harrison.

But it wasn’t a perfect process. Eventually, Paul McCartney – who is playing Glastonbury Festival today – had to step in.

Harrison penned the scathing track Taxman for the album’s opener. The mean-spirited song was aimed at the HMRC who, he claimed, were taking lots of money from him in income tax.

But the perfectionist could not quite finish off the song exactly how he wanted. As this was one of the few songs he was given free rein over, he really wanted to make it count.

According to Geoff Emerick’s Beatles history book, “Here, There, and Everywhere,” the rest of the band did not want to dwell on Taxman for too long.

But Harrison had not yet completed the track; he still had a guitar solo to put in.

Eventually, George Martin stepped in. The Beatles’ producer had been with the band since he was first introduced to them in 1962 by their manager, Brian Epstein.

He suggested McCartney should take over Harrison’s song and finish it off with a solo.

Emerick wrote: “This was, after all, a Harrison song and therefore not something anyone was prepared to spend a whole lot of time on.” However true this fact was, Harrison felt extremely insulted.

Harrison later said in an interview that he was “glad” his song was taken over by McCartney. He said: “I was pleased to have [McCartney] play that bit on Taxman. If you notice, he did like a little Indian bit on it for me.”

Meanwhile, John Lennon told David Sheff in 1980 that he was involved in Taxman’s recording as well. But he did not want to get involved in the first place. He told the journalist: “I remember the day he [Harrison] called to ask for help on Taxman, one of his first songs. I threw in a few one-liners to help the song along because that’s what he asked for. He came to me because he couldn’t go to Paul. Paul wouldn’t have helped him at that period.”

Lennon added that he “didn’t want to help”.

Lennon said: “I just sort of bit my tongue and said OK. It had been John and Paul for so long, [Harrison] had been left out because he hadn’t been a songwriter up until then.”

Despite Harrison’s newcomer status in writing and releasing songs with The Beatles, this was the beginning of his prolific journey as a key member of the band. Taxman was never released as a single, but after Harrison later penned some incredible Beatles songs, including Something, While My Guitar Gently Weeps and Here Comes The Sun.