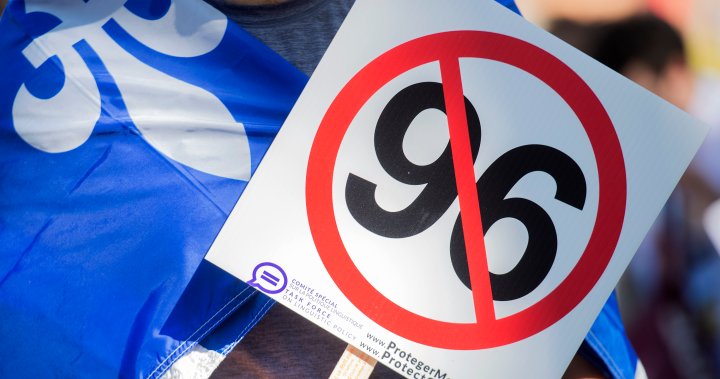 Parti Québécois, Quebec Liberals to vote against Bill 96 for opposite reasons

The Quebec Liberal Party and the Parti Québécois say they plan to vote against the government’s new language-reform bill for opposite reasons.

Liberals say the bill goes too far and violates the rights of English-speaking Quebecers, while the PQ says the legislation doesn’t go far enough to crack down on the use of English within government institutions and the business sector.

The governing Coalition Avenir Québec party wants to have a final vote on Bill 96 before the end of the week, with a vote possible as soon as this afternoon.

Liberal finance critic Carlos Leitao told reporters Tuesday he worries about the bill’s impact on older immigrants whose grasp of French may not be strong.

The Parti Québécois says it wants to prevent most immigrants and francophones from attending English-language junior colleges.

Québec solidaire says it will vote in favour of the bill despite the fact the party disagrees with a section that prohibits immigrants from accessing government services in any language other than French six months after they arrive in the province.

Denial of responsibility! Verve Times is an automatic aggregator of the all world’s media. In each content, the hyperlink to the primary source is specified. All trademarks belong to their rightful owners, all materials to their authors. If you are the owner of the content and do not want us to publish your materials, please contact us by email – [email protected]. The content will be deleted within 24 hours.
CanadaCoalition Avenir Quebecfrench languageParti QuebecoisPoliticsquebec anglophonesQuebec Bill 96Quebec language bill
0
Share FacebookTwitterGoogle+ReddItWhatsAppPinterestEmail