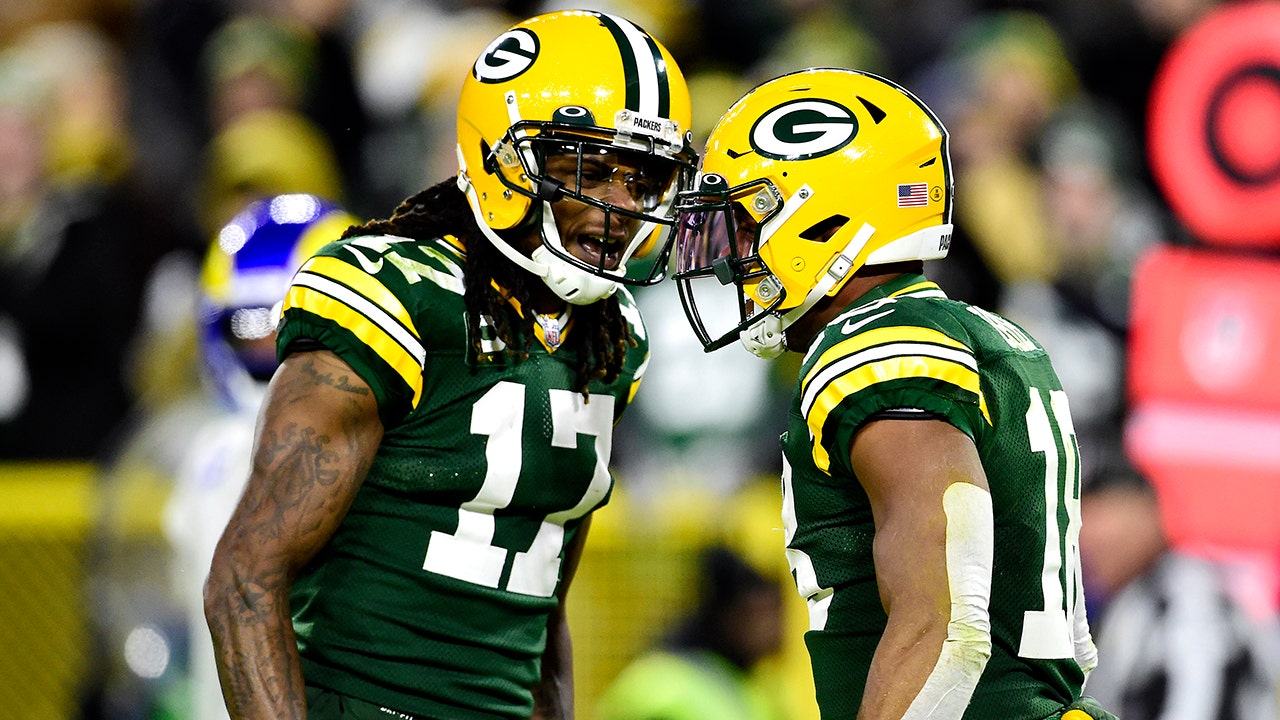 Davante Adams revealed the terse message he had for Odell Beckham Jr. when the wide receiver asked whether the two could exchange jerseys after the Green Bay Packers play the Los Angeles Rams.

Adams was speaking to Michael Irvin in an interview on NFL Network when he told the Pro Football Hall of Famer how the conversation went. Beckham signed with the Rams after it was rumored he had been interested in joining the Packers. Los Angeles reportedly offered Beckham more money which was the deciding factor.

Davante Adams #17 of the Green Bay Packers catches the ball in front of Donte’ Deayon #21 and Jalen Ramsey #5 of the Los Angeles Rams during the second quarter at Lambeau Field on November 28, 2021 in Green Bay, Wisconsin.
(Stacy Revere/Getty Images)

It was all business for Adams when the two were talking about a jersey swap after their Sunday matchup.

“We did talk two days ago, he said he needed a jersey after the game. I told him ‘go get a Cooper Kupp jersey’ since that’s obviously his guy and that’s who he wanted to be with,” Adams told Irvin.

“That’s my guy, man. I love Odell. I think he would’ve been a great fit here but I wish nothing but the best for him.”

RAMS’ ODELL BECKHAM JR HAULS IN 54-YARD TD, HIS FIRST OF THE SEASON

Beckham scored his first touchdown of the 2021 season with a 54-yard score on a pass from Matthew Stafford. He had five catches for 81 yards.

Adams led all receivers with eight catches for 104 yards.

Adams did admit he sent a jersey to the Rams locker room for Beckham, according to The Athletic.

Randall Cobb #18 of the Green Bay Packers celebrates his touchdown catch with Davante Adams #17 during the second quarter against the Los Angeles Rams at Lambeau Field on November 28, 2021 in Green Bay, Wisconsin.
(Patrick McDermott/Getty Images)

“I told him just don’t put a hole in the wall this time,” he said.