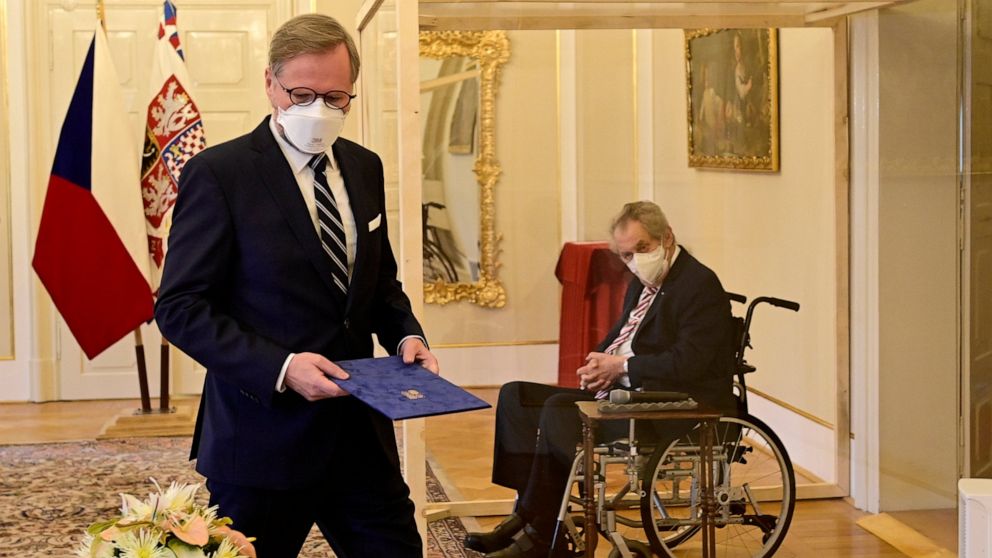 PRAGUE — The outgoing Czech government is planning to order a vaccine mandate for people aged 60 and over and for some professional groups, Health Minister Adam Vojtech said on Friday. But it’s unclear whether the measure will be enforced by his successor.

Vojtech said his ministry will issue the order next week making vaccination mandatory for the 60 plus age group, as well as medical personnel, police officers, firefighters and medical students.

The order would be meant to become effective in March — but it might not work out like that.

The new government is expected to formally assume its responsibilities later this month. The coalition, and its designated health minister, Vlastimil Valek, oppose a vaccination mandate for the elderly and can cancel it as soon as it takes power.

So far, only 59.6% of people in the nation of 10.7 million have been fully vaccinated. According to the latest poll released on Friday, almost 20% of Czechs are against vaccination.

The country is facing a record surge of coronavirus infections. The new daily increase hit an all-time high of almost 28,000 cases last week. The infection rate was 1,135 new cases per 100,000 residents over the past seven days on Thursday, currently making it one of the hardest-hit countries in Europe.

Fiala was sworn in on Sunday to lead a 18-member government.

Babis, a populist billionaire, and his government formally resigned after the election, but remain in power until the entire new government is appointed.

Follow all AP stories on the pandemic at https://apnews.com/hub/coronavirus-pandemic

Denial of responsibility! Verve Times is an automatic aggregator of the all world’s media. In each content, the hyperlink to the primary source is specified. All trademarks belong to their rightful owners, all materials to their authors. If you are the owner of the content and do not want us to publish your materials, please contact us by email – [email protected]. The content will be deleted within 24 hours.
AndrcoronavirusCOVID-19 PandemicDisease outbreaksDiseases and conditionsElectionsGeneral newsGovernment and politics
0
Share FacebookTwitterGoogle+ReddItWhatsAppPinterestEmail

Down in Miami, Valentino Hosted a Little Cocktail Party

Crossword roundup: if you hate the word ‘vinyls’, wait till…

Why am I always tired? Five reasons you could be feeling…

Bills vs. Chiefs by the numbers: Breaking down the wildest…

Banjo-Kazooie Is the N64’s Scariest Game