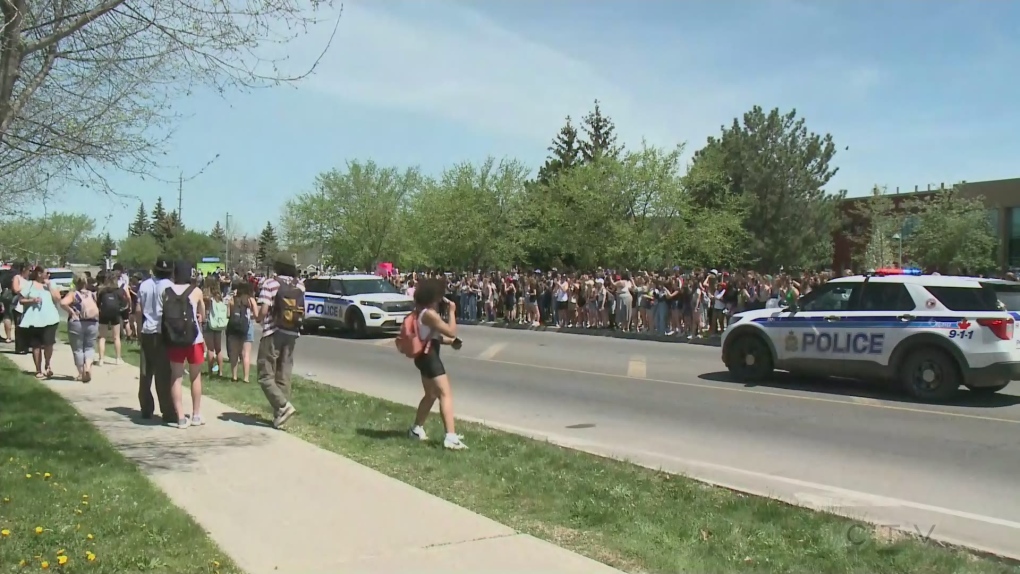 
Ottawa’s French Catholic school board says the way a local high school’s dress code was enforced this week was unacceptable.


Marc Bertrand, Director of Education for the Conseil des écoles catholiques du Centre-Est (CECCE) said in a letter to families Saturday that staff with the board met with students and teachers at Beatrice-Desloges High School on Friday following reports that several students, mostly girls, were subjected to a dress code check over the length of their shorts.


“School board staff arrived early Friday morning at the school in order to spend the day there and to meet with several students and staff members concerned to shed light on the situation,” the letter said, in French.


Bertrand said that an investigation found that members of the school management and certain staff members conducted the dress code blitz and that an unspecified number of students, most of them female, were called into the corridors.


“Some students were asked to bend their leg backwards at the knee as they were standing in order to check if the shorts worn complied with the dress code,” Bertrand said.


He said no student was asked to bend over, nor was any student’s clothing measured by a ruler, as described in some versions of events circulating online, but he acknowledged that many of the students felt degraded and humiliated.


“This dress code verification strategy is not encouraged by the CECCE and is not acceptable,” Bertrand wrote. “All students must absolutely be treated with dignity and respect. No student should be subject to such a check of his or her clothing and even less to be challenged in front of his or her peers. The strategy employed by the school last Thursday unfortunately does not reflect these values, which are very dear to the CECCE.”


Students at Beatrice-Desloges held a walkout protest Friday afternoon. During the event, police arrived and video showed an officer pushing a boy up against a cruiser at one point. Police said one person was arrested but was released without being ticketed or charged.


Bertrand said that police were called to ensure safety, as some students had moved into the street, stopping traffic. At one point, a small group of students from another school board arrived by car, circulated unsafely through the crowd and was uncooperative, at which point police intervened, he said. None of the students from Beatrice-Desloges were arrested.


The protest ended at 12:45 p.m. and the students returned to their studies.


“The administration of the Conseil des écoles catholiques du Centre-Est is sincerely sorry for this outcome and wishes to apologize to the students and families who have been disturbed by these events,” Bertrand said. “Follow-ups are underway with all of the CECCE schools in order to ensure that such a situation does not happen again.”


Bretrand said Superintendent of Education Jason Dupuis would be at the school Monday to follow up with any concerned students or their parents.

Kadri reveals who threw the water bottle: ‘I think it was…

All You Need To Know