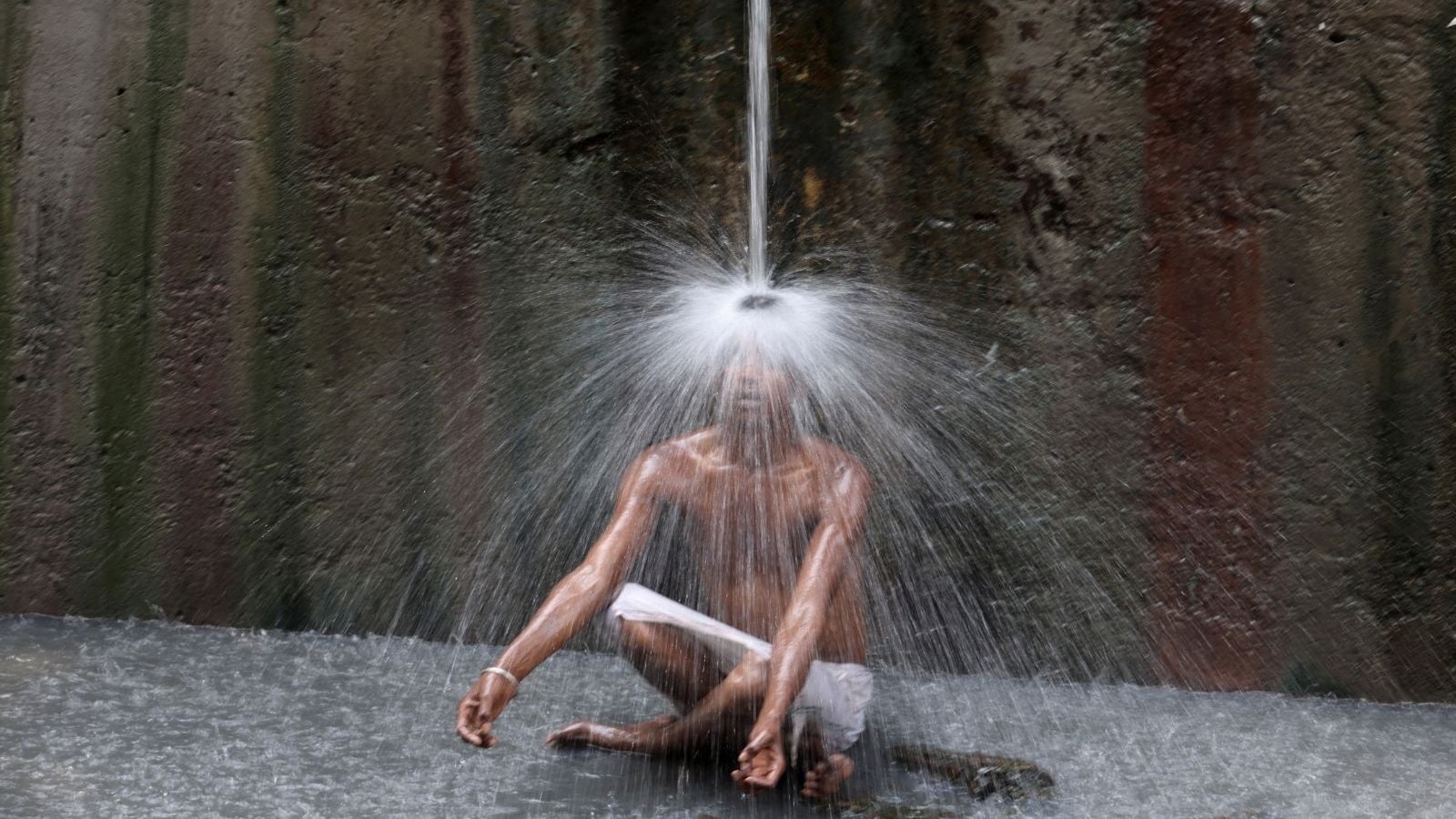 Weather News Updates: Massive heat wave and severe heat wave conditions prevailed over the Indo-Gangetic plains and northwest Indian plains on Saturday with Uttar Pradesh’s Banda recording the highest maximum temperature of 48.8 degrees Celsius. An orange alert was earlier issued for Sunday in Delhi, and the IMD says the blistering heat was likely to continue on May 16 and 17, as well.

Latest updates on the story:

• Meanwhile, under the influence of a fresh Western Disturbance, isolated rainfall/thunderstorm is likely over Jammu and Kashmir, and Ladakh on Sunday. The rainfall activity is likely to increase with scattered to fairly widespread light/ moderate rainfall with thunderstorm/lightning/gusty winds and hail is very likely over Jammu and Kashmir, Himachal Pradesh, and Uttarakhand on May 16 and 17. Isolated light rainfall with thunderstorm/lightning is very likely over north Punjab on May 16 and 17 and also over east Uttar Pradesh on the same days.

• Even as northwest India and Indo-Gangetic plains sizzle in a heat wave and severe heat wave, large parts of northeast India witnessed heavy to extremely heavy rainfall on Saturday with several stations, especially those across Meghalaya, recording rainfall of more than 150 mm in 24 hours.

The IMD has warned of a similar heavy to extremely heavy rainfall activity till May 18.

An east-west trough runs from Bihar to central Assam and Meghalaya across sub-Himalayan West Bengal and Sikkim at 0.9 km above mean sea level. Moisture incursion from the Bay of Bengal is likely to continue over NE India due to the strong lower-level southerly/southwesterly winds during May 14-18.

With inputs from agencies

Denial of responsibility! Verve Times is an automatic aggregator of the all world’s media. In each content, the hyperlink to the primary source is specified. All trademarks belong to their rightful owners, all materials to their authors. If you are the owner of the content and do not want us to publish your materials, please contact us by email – [email protected]. The content will be deleted within 24 hours.
heatwaveIndiasummer
0
Share FacebookTwitterGoogle+ReddItWhatsAppPinterestEmail