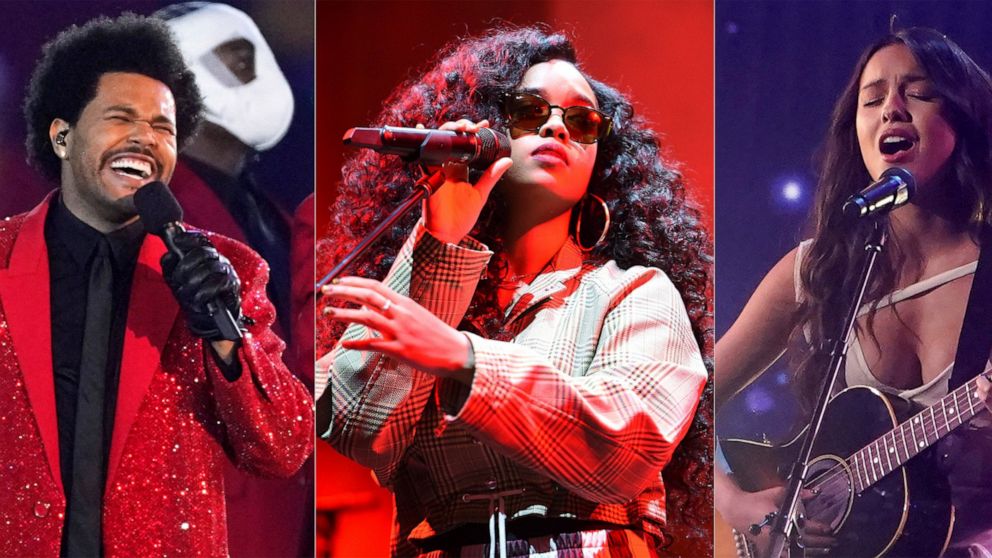 NEW YORK — Olivia Rodrigo, H.E.R and The Weeknd have all won honors at a revamped Apple Music Awards, which has grown larger to encompass global music patterns.

“I am very honored and blessed to receive this recognition,” H.E.R. said in a statement. “As a young Black and Filipino artist, and a woman who is on the stage giving my all, there’s no doubt that representation is important.”

The Weeknd thanked Apple for the honor and being supportive “not only for my work but also for great music by newer artists where it matters so much for creators to be found and supported.”

The winners are Aya Nakamura for the French region, OFFICIAL HIGE DANDism for Japan, RIN for Germany, Scriptonite for Russia and Wizkid for Africa.

“We’re thrilled to honor the artists that are shaping culture and connecting with fans around the world on Apple Music,” said Oliver Schusser, Apple’s vice president of Apple Music and Beats. “This year we’re also recognizing more regional artists, showing the world the impact of extraordinary talented musicians who are making waves globally.”

The service said winners are chosen through a process that reflects both Apple Music’s editorial perspective and what customers around the world are listening to the most.

Mark Kennedy is at http://twitter.com/KennedyTwits

Denial of responsibility! Verve Times is an automatic aggregator of the all world’s media. In each content, the hyperlink to the primary source is specified. All trademarks belong to their rightful owners, all materials to their authors. If you are the owner of the content and do not want us to publish your materials, please contact us by email – [email protected]. The content will be deleted within 24 hours.
Arts and entertainmentAward showsCelebrityEntertainmenth.e.r.Lil BabyMegan Thee StallionMusic
0
Share FacebookTwitterGoogle+ReddItWhatsAppPinterestEmail

JPMorgan, Deutsche and MUFG’s entry to give Gift City…