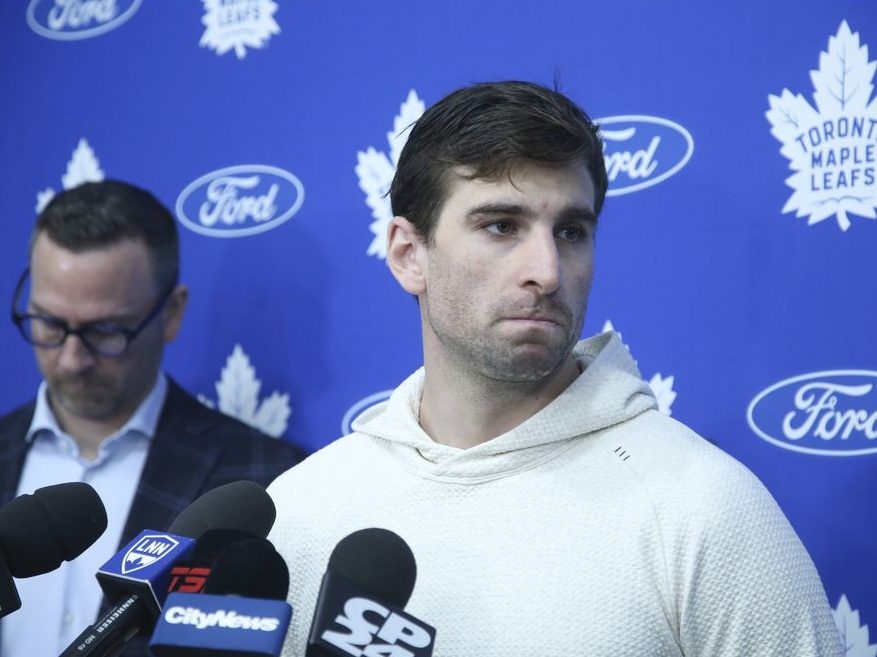 There will be no bigger off-season in John Tavares’ National Hockey League career.

And, yes, we include the summer of 2018, when Tavares, after months of speculation, departed the New York Islanders to come home and sign a seven-year contract with the Maple Leafs.

We know that when the 2022-23 regular season starts in October, the chances are good that Auston Matthews will score 50 goals, and no one will be surprised if he takes another run at 60.

We have a fairly good idea that Mitch Marner will hit 100 points for the first time in the NHL. The nifty winger came close this past season, putting up 97 points despite missing a total of 10 games with injuries and COVID.

William Nylander (provided he is not traded, and we don’t think he will be) scored a career-best 34 goals in 81 games in ’21-’22 and is capable of going north of 35 once the coming season commences.

Tavares, the captain, doesn’t have the benefit of youth like the other three. He’s not hitting his stride in the NHL. He is past that point, and will turn 32 in September in the midst of training camp.

The fortunes of a hockey team don’t rest on the shoulders of one player, of course, but through the first four years of a contract that carries an average annual value of $11-million US, Tavares hasn’t been the difference-maker in the playoffs that general manager Kyle Dubas undoubtedly thought he would be on July 1, 2018, when the deal became official.

The situation was out of Tavares’ hands last year when he was hurt in Game 1 against Montreal and could not return. In 20 playoff games with the Leafs, Tavares has a middling 14 points on seven goals and seven assists.

Only four players (as of now) in the NHL next season will have a higher AAV than Tavares — Connor McDavid, Artemi Panarin, Matthews and Erik Karlsson.

Dubas wouldn’t have considered the possibility in 2018 that the Leafs wouldn’t have won a single playoff series in the first four years of Tavares’ contract. We’re sure that would have come as a shock to Dubas had someone with a crystal ball asked him to peer at what would be revealed in May of 2022.

On Tuesday, Dubas was asked whether he would reconsider the portion of money he is spending on high-end forwards versus how much is being spent on bottom-six forwards, defence and goaltending.

“I think the contracts to those players that you’re referencing, I think they’re providing us great value for them in the way that they’re producing, in the way that they continue to evolve as they go through their contract,” Dubas said. “I don’t regret those at all. And I just think it’s the reality of the league right now, that you’re probably not going to be able to spend as much as you want on those depth pieces.

“I don’t know that I’ve ever felt that it’s best to detract some of your very best players to spread the dollars around players who aren’t as good.”

Tavares is part of that group because his contract dictates as much, but there has not been an evolution in his play since he initially donned a Maple Leafs sweater.

There’s no faulting Tavares’ effort. Few players work as hard as he does. The production has been fine during the regular season — after he put up a career-high 88 points in 82 games in 2018-19, he had 186 points in 198 games in the following three seasons, including 76 in 79 this past year. Still, those numbers don’t quite jump off the page.

Against Tampa Bay, Tavares spent more time in the defensive zone than not. He had one point in the first three games, five in the next three and none in the win-or-go-home Game 7. That’s how you spell inconsistency.

None of this is meant to take an unnecessary run at Tavares. There’s no doubting the passion he has for his job and for the responsibility that comes with being the captain of an Original Six team. His teammates and those in the Leafs organization speak highly of him at every turn.

From what was said on Tuesday by Dubas, there won’t be major changes to the Leafs roster this off-season. The incumbents will have to lead again.

Tavares has long held his belief that he can be a player who is instrumental in taking the Leafs into uncharted waters (for this group) in the post-season.

The determination Tavares demonstrated in the off-season last year in his recovery from the concussion and knee injury he suffered against Montreal served as an excellent example throughout the organization.

A year later, it’s on Tavares to find a half-step this summer, more constructive ways to be effective. If there’s a way to re-invent himself to a degree, get it done.

The fifth season of his contract, when it kicks in, will call for nothing less.

Biden warns of ‘another tough hurricane season’ this year