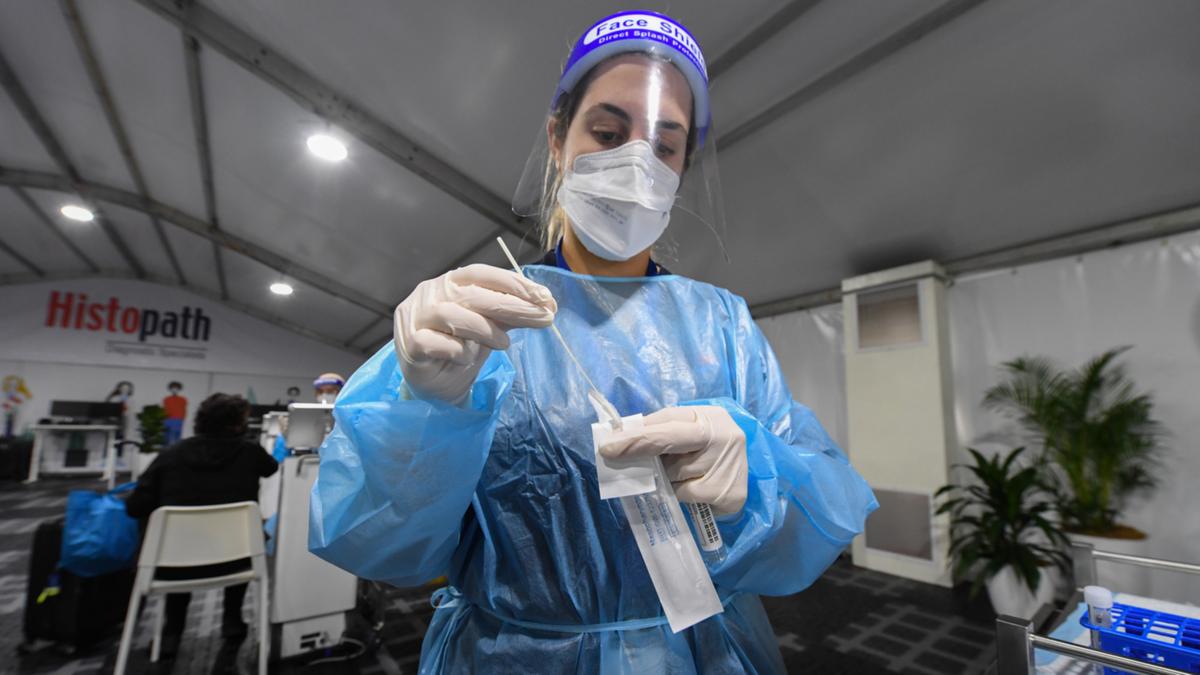 NSW COVID update: Nearly 1000 Health workers have been removed from their duties after refusing the COVID-19 vaccine

NSW Health has confirmed nearly 1000 members of its workforce have now been either stood down or quit after refusing to receive a COVID-19 vaccine.

Just days after Premier Dominic Perrottet announced a new mandate for healthcare workers in the state to receive a booster shot, the health department acknowledged 325 workers had resigned and 670 had been stood down.

“NSW Health can advise that of its entire workforce of about 170,000 people, approximately 0.2 per cent (325) have resigned due to their vaccination position as of 23 December 2021,” a NSW Health spokesperson said.

“Additionally, approximately 670 people (0.4 per cent) have now ceased employment with NSW Health due to their position in relation to the COVID-19 vaccine.”

“These former employees were a mix of clinical and non-clinical staff.”

While more people are dying with the virus in NSW than at any other time during the pandemic authorities maintain things are going better than expected and predict the outbreak will soon peak.

The number of patients in hospital is still steadily climbing, now at 2576, but is expected to plateau next week.

Worst case scenario modelling suggests 6000 people could be in hospital at the peak of the outbreak, with 10 per cent in intensive care.

In comparison, at the peak of the Delta outbreak in September – when infections were a fraction of the current rate – there were 1266 people in hospital with COVID-19 and 244 in intensive care.

Under the best case scenario model, hospitalisations would be about two and a half times what they were at the Delta outbreak peak – estimating 3158 people would be in hospital – but ICU admissions would only be up about 11 per cent.

Premier Dominic Perrottet on Friday said the state had “a difficult few weeks ahead” but things not currently being as bad as feared was “very reassuring and encouraging”.

“Behind every line and every dot on that page are people,” she said.

“Please don’t read that as meaning that our whole system is not under pressure.”

Opposition Leader Chris Minns said Labor sounded the alarm on the health system in mid-December, and the premier should have been preparing for the expected surge in cases rather than dismissing their concerns as “alarmist”.

“Instead, we’re seeing our frontline workers who’ve already put in enormous amounts of effort over the last two years go through enormous stress in the last fortnight… in order to keep our public hospital system operating,” Mr Minns says.

Mr Perrottet also announced more close contacts would be able to return to work early if they have no symptoms of COVID-19.

Workers in utilities, IT, welfare, funeral homes and cemeteries, air and sea freight and logistics and prisons are now permitted to leave isolation if their employer determines their absence poses a high risk of disruption to the delivery of critical services, and they are unable to work from home.

In the 24 hours to Saturday, 48,768 positive results were returned, with just under 22,000 of them collected from rapid antigen kits.

Around 15,000 of these were returns from the previous seven days.

Saturday’s fatalities bring the tally to 146 deaths reported over the past eight days, though a portion of those are understood to be historic and were classified following coronial investigations.

The latest 11 men and nine women to die were mostly aged in their 80s and 90s. Sixteen were vaccinated and four not.

There are 2576 patients in NSW hospitals, up on the 2525 reported on Friday. Of them, 193 are in intensive care and 58 need ventilation. During the Delta peak in September, there were 244 people in ICU.

The state is 93.8 per cent double dosed for eligible residents 16 or over.

More than 24 per cent have also had a booster, while 8.9 per cent of children aged five to 11 have received their first jab.

NSW Chief Health Officer Kerry Chant warned about half the people in NSW could become infected during the Omicron wave, though some would be asymptomatic and may never even know they had contracted the virus.

Denial of responsibility! Verve Times is an automatic aggregator of the all world’s media. In each content, the hyperlink to the primary source is specified. All trademarks belong to their rightful owners, all materials to their authors. If you are the owner of the content and do not want us to publish your materials, please contact us by email – admin@vervetimes.com. The content will be deleted within 24 hours.
coronavirusCoronavirus NSWDominic PerrottetHealth & WellbeingLifestyleNewsNSW NewsNSW Politics
0
Share FacebookTwitterGoogle+ReddItWhatsAppPinterestEmail

‘I wouldn’t have survived without it’: seven people on how…