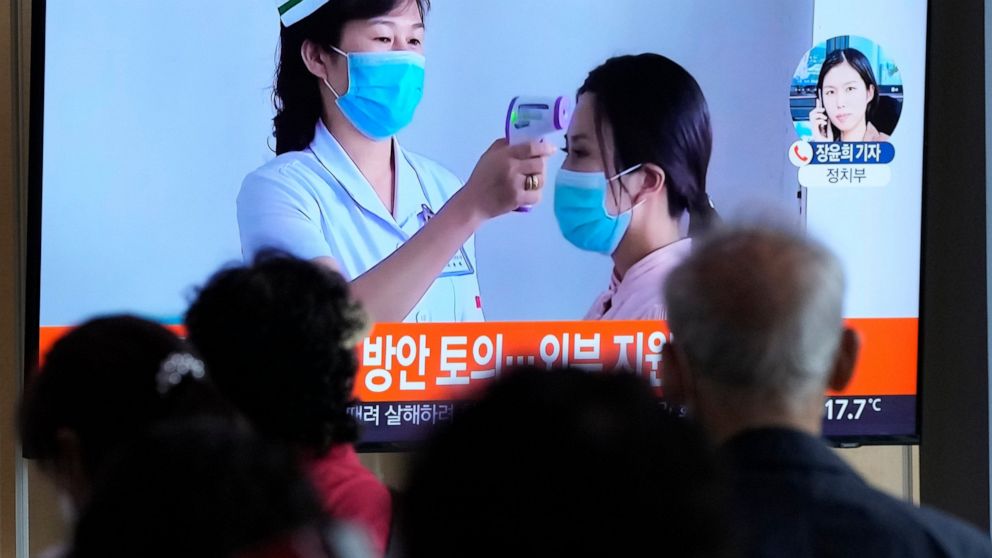 SEOUL, South Korea — North Korea has confirmed 15 more deaths and hundreds of thousands of additional patients with flu-like symptoms as it mobilizes more than a million health and other workers to try to suppress the country’s first COVID-19 outbreak, state media reported Sunday.

After maintaining a widely disputed claim to be coronavirus-free for more than two years, North Korea announced Thursday that it had found its first COVID-19 patients since the pandemic began.

It has since said a fever has spread across the country “explosively” since late April but hasn’t disclosed exactly how many COVID-19 cases it has found. Some experts say North Korea lacks the diagnostic kits needed to test a large number of suspected COVID-19 patients.

The additional deaths reported Sunday took the country’s reported fever-related fatalities to 42. The official Korean Central News Agency also reported that another 296,180 people with flu symptoms had been tallied, taking the reported total to 820,620.

The outbreak has triggered concern about a humanitarian crisis in North Korea because most of the country’s 26 million people are believed to be unvaccinated against the coronavirus and its public health care system has been in shambles for decades. Some experts say North Korea might suffer huge fatalities if it doesn’t immediately receive outside shipments of vaccines, medicines and other medical supplies.

Since Thursday, North Korea has imposed a nationwide lockdown to fight the virus. Observers say that could further strain the country’s fragile economy, which has suffered in recent years due to sharply reduced external trade caused by pandemic-related border shutdowns, punishing U.N. economic sanctions over its nuclear program and its own mismanagement.

During a meeting on the outbreak Saturday, North Korean leader Kim Jong Un described the outbreak as a historically “great upheaval” and called for unity between the government and people to stabilize the outbreak as quickly as possible.

KCNA said Sunday that more than 1.3 million people have been engaged in works to examine and treat sick people and raise public awareness of hygiene. It said everyone with fevers and others with abnormal symptoms was being put in quarantine and treated.

Of those with symptoms, 496,030 have recovered, while as of Saturday 324,4550 were still taking receiving treatment, KCNA reported, citing the country’s emergency epidemic prevention center as saying.

State media reports said Kim and other senior North Korean officials are donating their private reserve medicines to support the country’s anti-pandemic fight. During Saturday’s meeting, Kim expressed optimism that the country could bring the outbreak under control, saying most transmissions are occurring within communities that are isolated from one another and not spreading from region to region.

Denial of responsibility! Verve Times is an automatic aggregator of the all world’s media. In each content, the hyperlink to the primary source is specified. All trademarks belong to their rightful owners, all materials to their authors. If you are the owner of the content and do not want us to publish your materials, please contact us by email – [email protected]. The content will be deleted within 24 hours.
coronavirusCOVID-19 PandemicDisease outbreaksDiseases and conditionsEpidemicsFluGeneral newsGovernment and politics
0
Share FacebookTwitterGoogle+ReddItWhatsAppPinterestEmail

Breastfeeding combined with formula or juice did not provide…