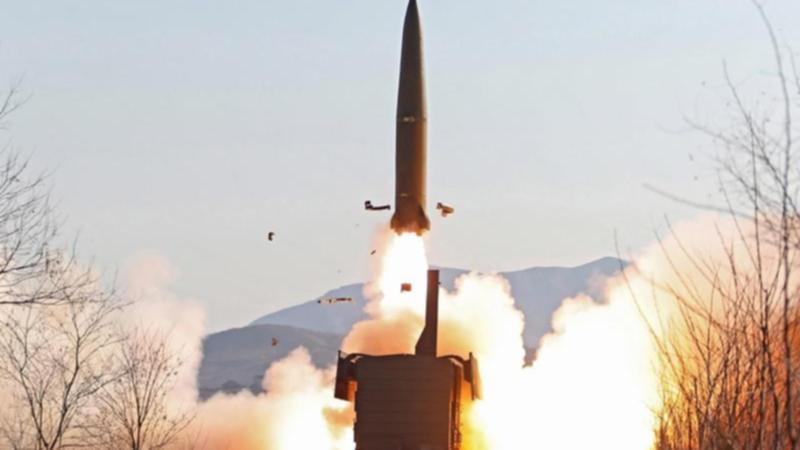 North Korea has tested a railway-borne missile in its firing drills, state media KCNA says, amid a US push for fresh sanctions against the isolated state.

South Korea’s Joint Chiefs of Staff say two short-range ballistic missiles (SRBMs) travelled about 430km to a maximum altitude of 36km after being launched eastward on the northwest coast of North Korea.

The official KCNA news agency said a firing drill was held in North Pyongan province to “check and judge the proficiency in the action procedures of the railway-borne regiment”.

The country tested the rail-based system for the first time last September, saying it was designed as a potential counter-strike to any threatening forces.

Hours before the latest test drill, North Korea slammed the United States for pursuing new sanctions in response to its recent missile launches, calling it a “provocation” and warning of a strong reaction.

US President Joe Biden’s administration imposed its first sanctions against Pyongyang on Wednesday, and called on the UN Security Council to blacklist several North Korean individuals and entities.

North Korea has defended the missile tests as its sovereign right to self-defence and accused the United States of intentionally escalating the situation with new sanctions.

Denial of responsibility! Verve Times is an automatic aggregator of the all world’s media. In each content, the hyperlink to the primary source is specified. All trademarks belong to their rightful owners, all materials to their authors. If you are the owner of the content and do not want us to publish your materials, please contact us by email – [email protected]. The content will be deleted within 24 hours.
PoliticsSecurity
0
Share FacebookTwitterGoogle+ReddItWhatsAppPinterestEmail

The Open: Four players secure invites to St Andrews with…