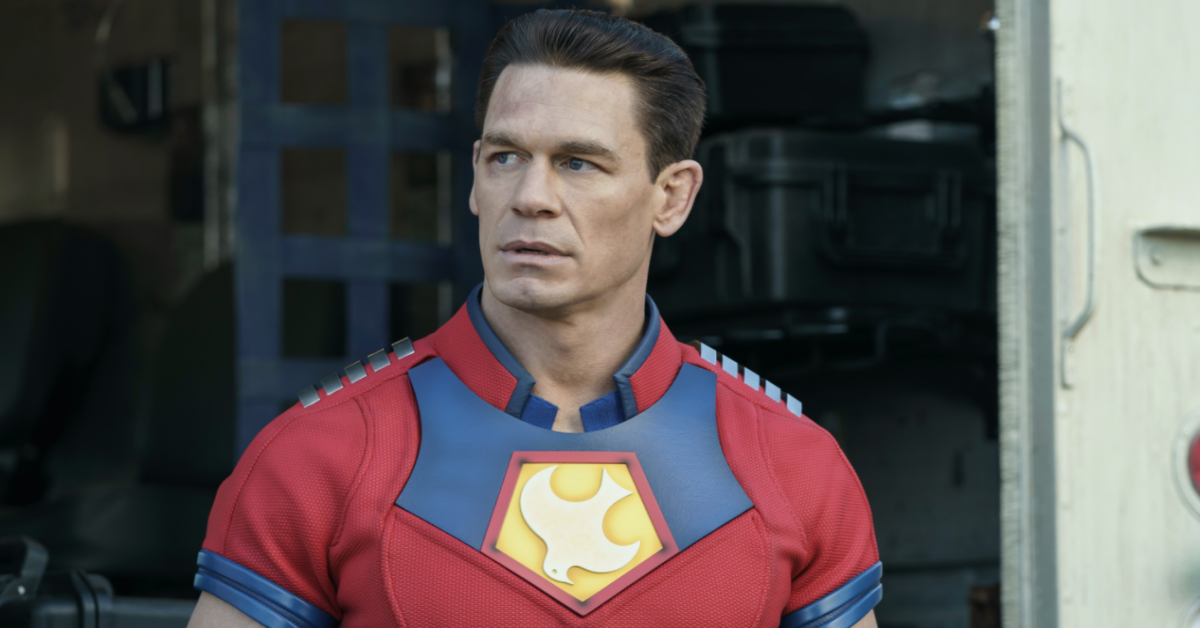 Warning: this story contains spoilers for Peacemaker Episodes 1-3. Peacemaker is going out with a bang. The Suicide Squad spinoff premiered its first three of eight episodes Thursday on HBO Max, recruiting Christopher Smith (John Cena) after his mission with Task Force X to catch Butterflies: metahumans under the control of butterfly-like alien parasites. (In The Suicide Squad, ARGUS recovers Smith to “save the f*cking world.”) Because HBO Max screened all but one episode for critic reviews, series creator James Gunn says almost “nobody knows” what will happen in the Peacemaker season finale airing March 3.

The three-episode premiere has already unleashed the homicidal maniac Vigilante (Freddie Stroma), kicked ass with Judomaster (Nhut Le), and revealed Auggie Smith (Robert Patrick), Smith’s father, to be the white supremacist supervillain White Dragon. According to Steve Agee, who reprises his The Suicide Squad role as John Economos, there’s a “huge” surprise for the DC Extended Universe in episode eight of Peacemaker.

“Nobody in the press is seeing the eighth episode and there’s a great reason,” Agee said in a separate interview with Inverse. “It’s amazing, some huge stuff we didn’t want to spoil. When people see it they’re gonna have a hard time being quiet about it.”

Denial of responsibility! Verve Times is an automatic aggregator of the all world’s media. In each content, the hyperlink to the primary source is specified. All trademarks belong to their rightful owners, all materials to their authors. If you are the owner of the content and do not want us to publish your materials, please contact us by email – [email protected]. The content will be deleted within 24 hours.
James GunnJohn Cena (WWE)PeacemakerPeacemaker (01 - Christopher Smith)Steve Agee
0
Share FacebookTwitterGoogle+ReddItWhatsAppPinterestEmail