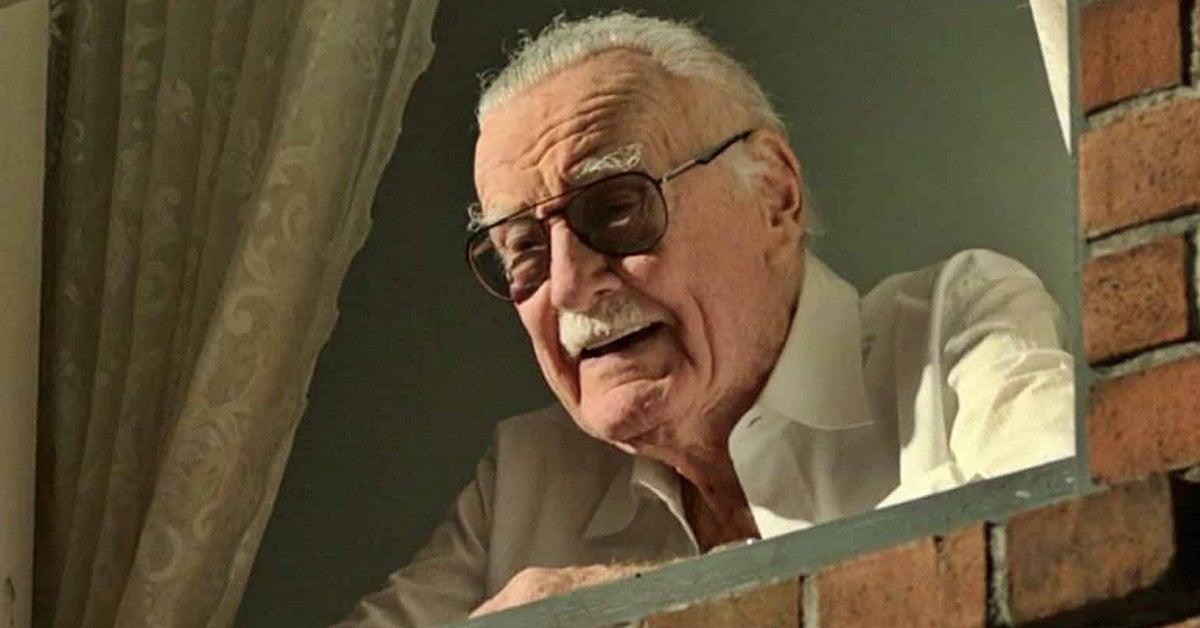 Even after Stan Lee passed away in 2018 the prolific comic book creator still made appearances in Marvel Cinematic Universe movies. Though he passed away before their release, Lee still appeared in Captain Marvel and Avengers: Endgame, marking his final appearances in the MCU. That said, there has apparently been considering of further tributes to Lee as the screenplay for recent hit Spider-Man: No Way Home confirms that one was at least written on the page for the film. Earlier this week the full script for the film was released online, a rarity for Marvel Studios but a common thing for films that are experiencing a BIG awards blitz, and hidden within it is the Lee tribute.

As noticed by The Direct, late in the film is the sequence where Peter plans on re-introducing himself to MJ. With the world having forgotten who Peter Parker is, the climactic act that sets up his next big adventure as the webslinger, he’ll have to try and win her back should he hope to rekindle their romance. In the script, Peter’s entrance reads a follows: “He stops outside the donut shop. Now with holiday decorations. Christmas lights. He enters… INT. DONUT SHOP – CONTINUOUS (DAY) Peter finds MJ, talking and laughing with an older customer, a STAN LEE LOOK-ALIKE.” You can find the excerpt yourself below.

For fans that perhaps don’t recall what this sequence ended up looking like in the film, MJ IS certainly talking to an older customer, but they do not bare a resemblance to Stan Lee at all (in fact they look more like Michael Douglas as Hank Pym than Lee). Spider-Man: No Way Home does have an Easter egg related to the hero’s co-creator, with a prominently featured taxi cab carrying the numbers “1228,” Lee’s birthday being December 28th.

Prior to this movie Spider-Man: Far From Home was the first MCU movie that Lee didn’t appear, making a cameo as a neighbor in Spider-Man: Homecoming. Lee also made appearances in the three Sam Raimi Spider-Man movies and both of The Amazing Spider-Man films, so we can only imagine what his cameo would have been if he’d been alive to see Spider-Man: No Way Home.

“He took my best friend and I out for dinner the first time I met him, and I was worried to ask too many Marvel questions because I didn’t think he’d want to talk about it,” Holland told People in 2019 about a time he spent with Lee. “He spent 45 minutes giving me the entire history of Spider-Man, and that just goes to show how much love and passion went into these projects and into these books. And I’m so honored that I got the chance to know him, and get to meet him, and become his friend. He’ll never be forgotten and I will be forever grateful.”

Spider-Man: No Way Home is now playing in theaters.

Denial of responsibility! Verve Times is an automatic aggregator of the all world’s media. In each content, the hyperlink to the primary source is specified. All trademarks belong to their rightful owners, all materials to their authors. If you are the owner of the content and do not want us to publish your materials, please contact us by email – [email protected]. The content will be deleted within 24 hours.
marvel cinematic universeMarvel StudiosSpider-Man: No Way HomeStan LeeStan Lee Cameo
0
Share FacebookTwitterGoogle+ReddItWhatsAppPinterestEmail

U.K.’s Boris Johnson may have lied about evacuating animals before people from Afghanistan: emails