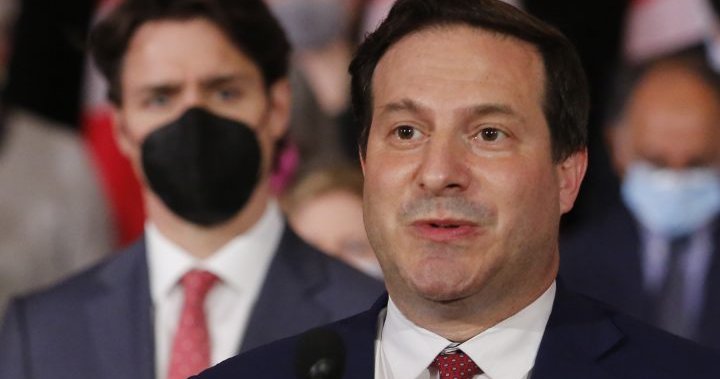 Canada’s public safety minister is urging Parliament to swiftly pass a new firearm legislation that seeks to put a nationwide freeze on handguns, but said it is a not a “full-proof strategy” to ending gun violence in the country.

“The problem is urgent. The problem is one of national importance and we need to make sure that we pass this bill as quickly as possible,” he said.

The federal government tabled new legislation on Monday that aims to freeze buying, selling, importing and trading of handguns nationwide. The legislation replaces a previous version of Bill C-21 that expired when last year’s election was called. It did not include the nationwide freeze on handguns.

While calling the bill a “milestone” move and part of a comprehensive strategy, Mendicino admitted it won’t solve all of Canada’s gun problems.

“Even if we pass it, it does not represent a full-proof solution that can 100 per cent guarantee the prevention of every future gun crime.”

Mendicino stressed investing in law enforcement to stop illegal physical trafficking should go hand-in-hand with the new legislation. He said Canada also needs to address the root cause of gun crime by working with local communities and looking at social determinants.

Ottawa is moving to freeze handgun sales nationwide. Here’s what that means

The push to pass new legislation comes in the wake of a series of deadly mass shootings in the United States.

Last week, 21 people, including 19 children, were killed by a gunman at an elementary school in Texas. There were 13 other mass shootings during the Memorial Day long weekend in the U.S.

In Canada, handguns were used in three-quarters of violent crimes and 60 per cent of homicides in 2020, Mendicino said. The number of registered handguns in Canada increased by 71 per cent between 2010 and 2020, reaching approximately 1.1 million, according to federal statistics.

“You should not have to worry about sending your kid to school and worrying about whether or not there might be a gun there,” Mendicino said.

Under the new legislation, existing handgun owners would be allowed to keep their firearms but would only be allowed to sell or transfer to businesses and exempt individuals, chiefly valuable goods carriers and sport shooters.

The bill would not ban handguns, but rather seek to cap the number already in Canada.

The proposed measures have been welcomed by gun control advocates and the mayors of several large Canadian cities.

Yet some gun owners are angry, arguing the new law if passed will do little to target criminals and the gun violence they can unleash.

Denial of responsibility! Verve Times is an automatic aggregator of the all world’s media. In each content, the hyperlink to the primary source is specified. All trademarks belong to their rightful owners, all materials to their authors. If you are the owner of the content and do not want us to publish your materials, please contact us by email – [email protected]. The content will be deleted within 24 hours.
Bill C-21CanadaCanada gun controlCanada handgun banCanada. NewsFirearmsGun controlGun Control Bill
0
Share FacebookTwitterGoogle+ReddItWhatsAppPinterestEmail

Cramer says investors should consider 3 things before buying a stock

2 rescued after plane crashes into power lines in Maryland

Elvis Presley left hidden damage at Graceland that fans can…

From Richa Chadha to Ankita Lokhande You can take mehndi…