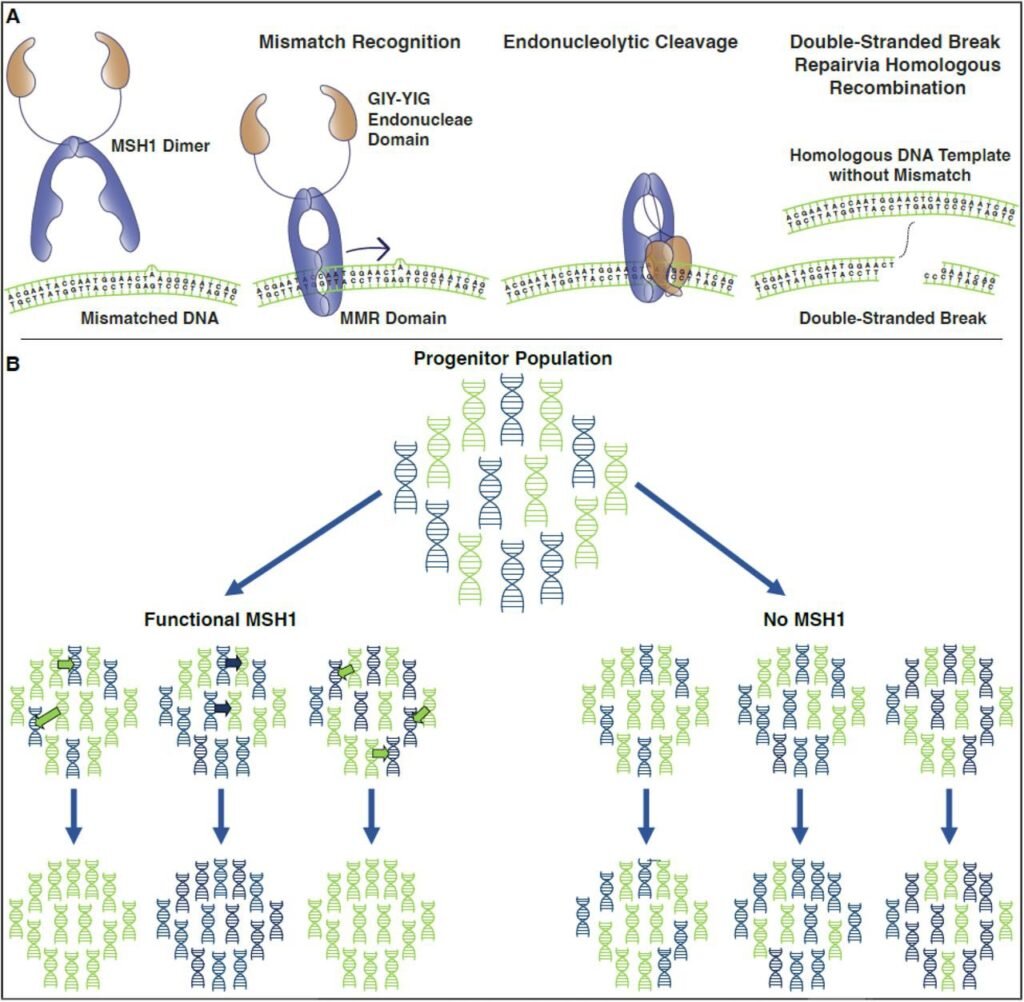 The devastation of mitochondrial diseases is felt by millions of people around the world, and about 1 in every 4,300 people in the United States.

Colorado State University biologists are seeking answers to these very questions, but they’re not medical researchers—they’re plant biologists. It turns out humans have a lot to learn from plants, from a genetic standpoint, of how to keep our mitochondrial genomes free from mutations that cause disease.

How do plants experience mitochondrial mutations?

Amanda Broz, a research scientist in the lab of Dan Sloan, associate professor in the Department of Biology, led a recent study published in Proceedings of the National Academy of Sciences that sheds new light on how plants, however rarely, experience mutations in their mitochondrial genomes. Unlike humans, plants are able to quickly fix these mutations, and more importantly, not pass them on to their progeny.

In previous work, Sloan and his lab members hypothesized that genes responsible for DNA replication, recombination and repair in plant organelles like mitochondria and chloroplasts might be involved in keeping these organelles healthy and mutation-free. They honed in on a gene called MutS homolog 1, or MSH1 for short, which is found in plants but not humans. Generating plants in the lab with mutations in this gene, they found evidence that this gene is critical for keeping mitochondrial mutation rates low in plants.

A more detailed analysis followed, as they sought to understand how mutations in the genomes of both mitochondria and chloroplasts spread, both within the plant and across generations. What they found, and is detailed in their new paper, was that plants are very good at sorting normal (good) and mutant (diseased) DNA. Once the sorting process has happened, natural selection takes over: offspring that inherit diseased DNA are less likely to survive, so the mutation is not passed on to progeny.

In contrast, the diseased DNA in humans tends to stay mixed up with the good, and gets passed down through generations, because this sorting ability is much less effective. In more technical terms, plants remove heteroplasmy—the presence of both mutant and non-mutant DNA—from their cellular compartments much faster and more efficiently than their animal and human counterparts.

The researchers tracked the mitochondrial mutations they identified in a species called Arabidopsis over time and space using a sensitive technique called digital droplet PCR. This technique allowed them to analyze the amount of mutant versus normal mitochondrial DNA in these plants.

And, back to that special gene: Using the mutant plants they grew in the lab, the CSU biologists found that functional copies of MSH1 are what accelerate that DNA sorting process in plant mitochondria. They think that MSH1 is responsible for first identifying mutations in mitochondrial DNA, and fixing them. However, if a mutation persists for one reason or another, MSH1 can also work to quickly sort that mutation away from normal DNA.

“Something that is really cool about our work is that it illustrates how nature has devised multiple ways of dealing with mutations in organelle genomes,” Broz said. “We know that mitochondrial mutations are one of the key factors leading to aging and disease in humans. Knowing how plants and other organisms maintain such low mitochondrial mutation rates can give us a better understanding of how this process goes awry in humans, and potentially how it can be remedied.”

The researchers have much more to learn from their mutant plants. They are next creating a mathematical model that attempts to understand what cellular forces are responsible for the different rates of organelle DNA sorting they observed in plants, and what role MSH1 plays in the process. That part of the project is being led by collaborators at the University of Bergen in Norway. They are also looking to investigate whether MSH1 has the same impact on sorting mitochondrial DNA in other plant types besides Arabidopsis, such as trees that have very different development patterns.

Trends in Cloud Computing for 2023 and Beyond