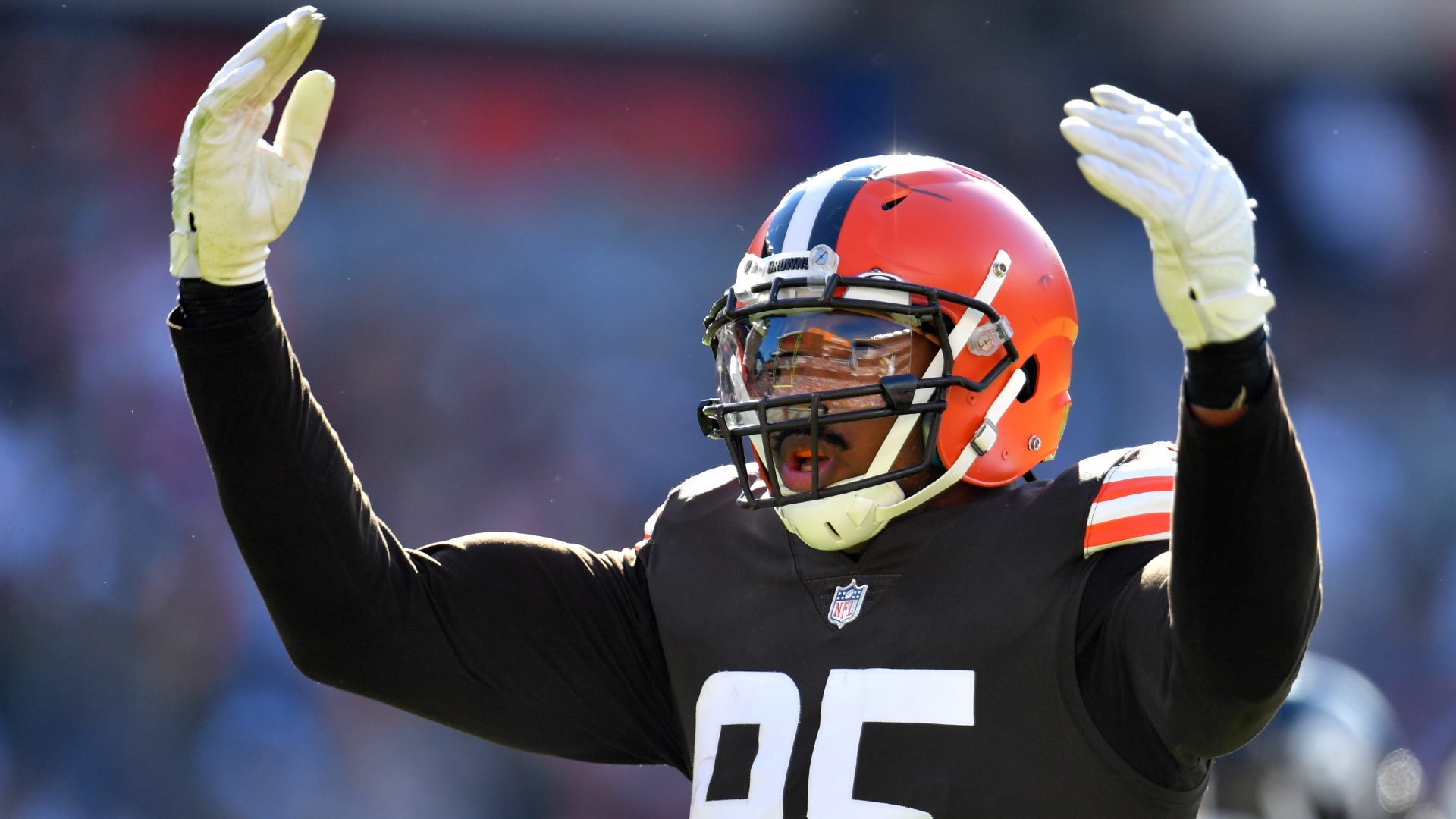 Myles Garrett is known for sacking quarterbacks and bragging about it, but he also gives respect when it’s due.

Ravens quarterback Lamar Jackson threw a 13-yard touchdown pass to Mark Andrews on Sunday night vs. Garrett’s Browns; it ended up being the Ravens’ only touchdown in their 16-10 win. Garrett went over to compliment Jackson on the pass, which was heaved toward the end zone after a lengthy scramble. Garrett hit Jackson’s arm as Jackson was throwing, so Garrett fully expected a fumble or an incomplete pass on the play.

Garrett told Jackson he made a “hell of a play,” and the two hit each other’s helmets in a show of respect.

A player who built a “graveyard” of quarterbacks he sacked had taken the unusual step of praising a QB.

“The guy’s a baller . . . I appreciate greatness . . . He appreciates my play, I appreciate his,” Garrett said, via News 5 Cleveland. “We should do that more often instead of tearing each other down.”

Garrett’s fellow pass-rusher, Jadeveon Clowney, had a much different reaction after the touchdown. Clowney, who, like Garrett, was a No. 1 overall draft pick, responded by throwing his helmet to the ground. He was not penalized.

Garrett did sack Jackson on Sunday, dropping him in the first quarter. That was Garrett’s 14th sack of the year, tying a Browns record for sacks in a season. Reggie Camp had 14 in 1984, the Akron Beacon Journal reported.

The Ravens (8-3) continue to lead the AFC North by one game over the Bengals. The Browns (6-6) are tied with the Steelers for third place in the division.

The Latest: Local transmission of virus variant in Scotland