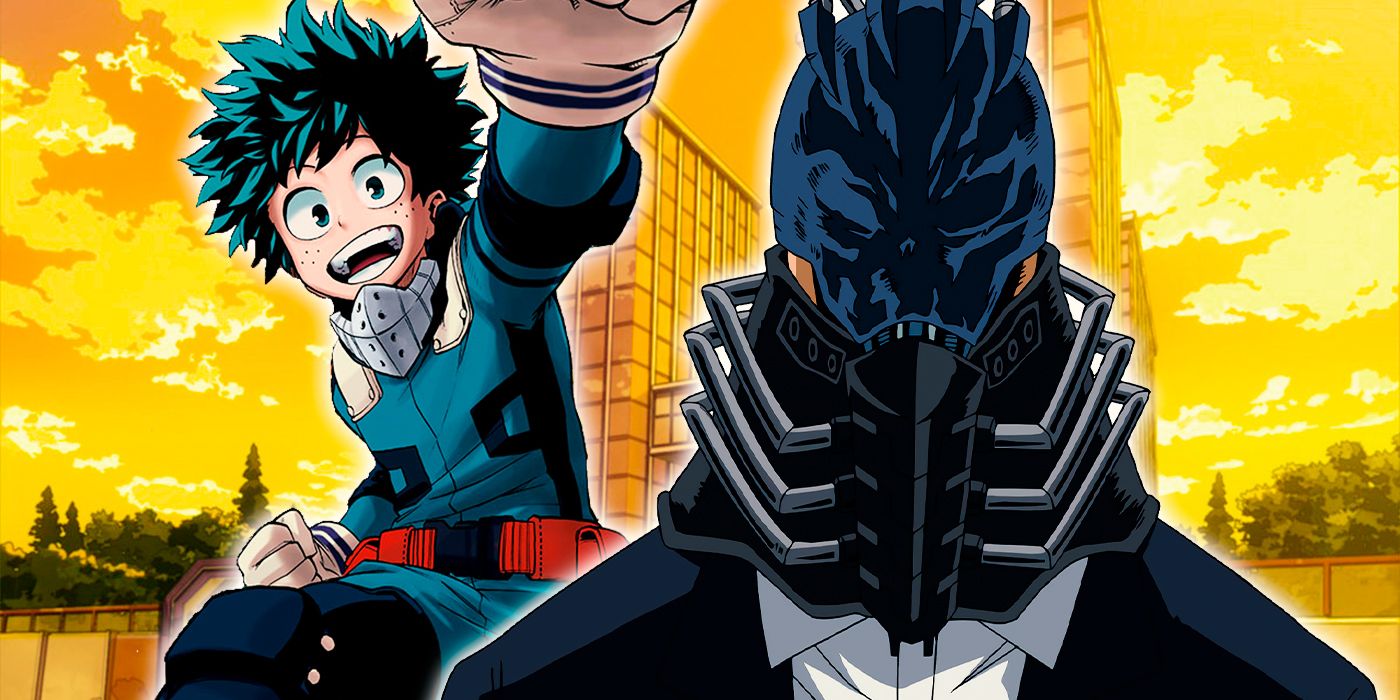 My Hero Academia Chapter 335, “Zygotes,” finally reveals the UA traitor, but their situation and motivation are still shrouded in mystery.

My Hero Academia finally reunited Izuku Midoriya (Deku) with his classmates from 1-A and they, along with the rest of UA, have begun preparations for the inevitable confrontation with All For One. However, their plans might not go as smoothly as anticipated as the latest chapter may have just confirmed the existence of a traitor in their midst.

The idea of the UA traitor was first introduced by Principal Nezu shortly after the League of Villains had managed to attack in suspiciously convenient and key settings. These events, such as the attack on the first years’ summer training camp and the USJ incident, could only have been possible if the League had an internal informant. In order to ensure the students’ safety while trying to weed out the mole, UA adopted its dorm system.

RELATED: My Hero Academia: Does All For One Have New Order?

The school’s strategy to cut off the mole’s communication seemed to work for a while. Normal school activities proceeded without incident for so long that many fans began to doubt the existence of a traitor. Another faction took a completely different route and tried to deduce the traitor themselves from the minimal clues dropped within the series. Everyone was a suspect, from Yuga Aoyama to Recovery Girl, the healing hero.

It seems, however, that these exhaustive guesses were off the mark. As All For One was recounting his assets to Dabi, he mentioned that he had something Dabi lacked: “Friends to spare.” The dialogue was super imposed on a panel depicting Toru Hagakure, Class 1-A’s Invisible Girl, thereby connecting Deku’s classmate to the supervillain. Though the chapter indicates that she is the UA traitor, her situation might not be as cut and dry as it looks.

RELATED: My Hero Academia’s ‘One For All’ & ‘All For One’ Quirks, Explained

Toru has a friendly and bubbly personality, hardly what one would expect from a cold-hearted villain. It could be that she has been transferring information about her school to All For One without even realizing it. When it comes to the villain boss, no ability is too far-fetched. It’s possible All For One may have a Quirk that allows him to control Toru without her knowledge, and he might be using this possession technique to glean sensitive information from her.

It’s quite easy to miss Toru as she is literally see-through. She’s not one of Class 1-A’s heavy hitters and hasn’t been too involved in the story so far but, as she’s proven time and again, her expertise is stealth. Subtly gaining access to places she shouldn’t be and relaying the information she found to All For One would be a piece of cake for Toru. If she indeed is the traitor, it would mean All For One already knows most of the UA barrier’s defense mechanisms. The school may very well be under siege soon.

Kelvin doesn’t do much except watch/read animanga. He’d love to talk about it too but people are scary so he writes about it here! When he’s not watching or writing about anime, he’s trying his darndest to bag that Political Science degree while navigating the novel idea of adulting AND keeping his sanity at the same time. (spoiler alert: that’s actually going pretty well!) You can find him on Twitter(though he’d rather you didn’t) @keIvin__k, where he talks about little else except all the untold wonder of Taylor Swift, My Hero Academia and Doja Cat.

He really hopes you’re having a good day.

Duck-billed dinosaur may be one of many at Missouri site