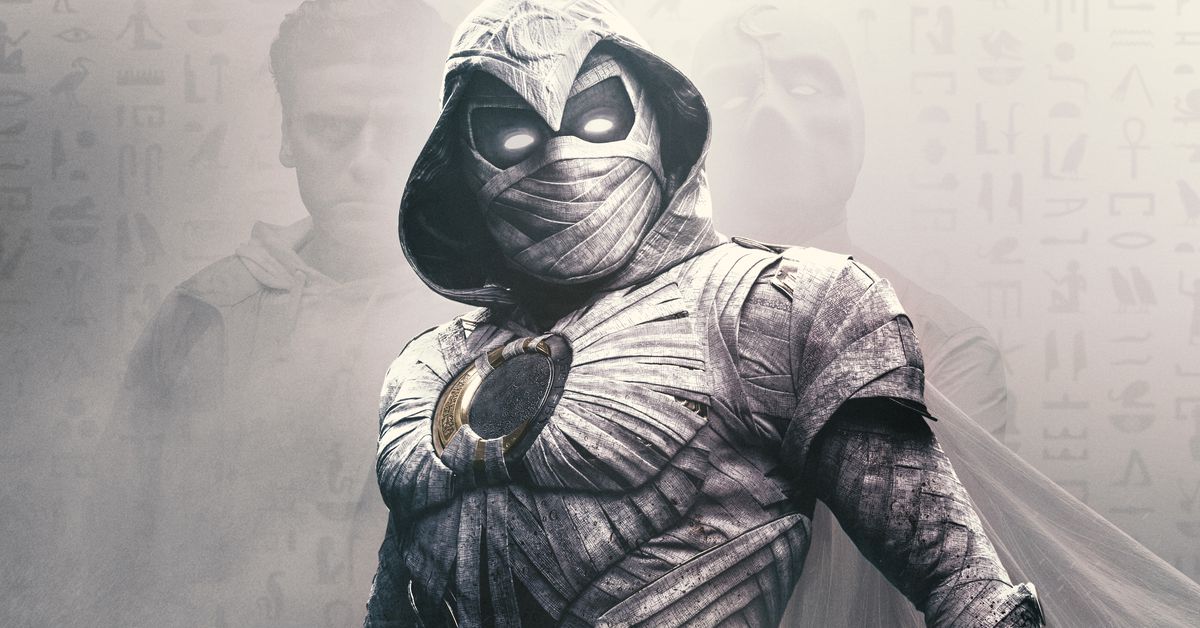 Before Marvel fully committed to building out its cinematic universe with an overarching narrative and a series of cameos meant to keep audiences coming back with the promise of deeper character development down the line, the studio found success by reframing how we saw the original Avengers. Though Moon Knight is the latest in Disney Plus’ current wave of superhero shows, it often feels like a throwback to Marvel’s classic approach to reworking lower profile comic book characters into household names meant to become key players within a larger cinematic universe.

That relative change of pace is one of the things that Moon Knight has going for it compared to some of Marvel’s other recent series that tend to make more sense the more of the MCU you’ve consumed. But Moon Knight’s also a foray into the fraught world of character studies where bold acting and directorial choices jump out in ways that underline how easy it is for comic book adaptations to go sideways when they get too caught up in their own headiness.

Based on the Marvel comics character created by writer Doug Moench and artist Don Perlin, Moon Knight from executive producer Jeremy Slater tells the story of Steven Grant (Oscar Isaac), a mild-mannered “gift shop-ist” living alone in London near the museum where he works. Though Steven would much rather spend his days guiding patrons through the museum’s exhibits about ancient Egypt, he typically finds himself stuck toiling in the gift shop’s store room due to his chronic unreliability in the workplace. As organized as Steven tries to be about his time, he frequently loses significant chunks of it along with any memories about what happens whenever he slips into one of his mysterious fugue states.

Through details like Steven’s difficulty maintaining social connections, and the restraints he uses to keep himself tethered to his bed at night, Moon Knight establishes that his struggles with sleeping disorders symptomatic of deeper mental illness aren’t exactly new. What is new, however, is Steven’s sense that he’s constantly being stalked by Khonshu (F. Murray Abraham), a nightmarish Egyptian moon deity that he can see even when he’s wide awake.

True to Moon Knight’s roots in Marvel’s horror comics, Moon Knight dabbles in moments of genuinely unsettling visual mayhem as it’s first introducing Khonshu — a lumbering, skeksi-like being who’s invisible to most everyone but a perpetually-terrified Steven. Moon Knight’s focus on Steven spiraling into his fear of Khonshu is a good idea that plays into the character’s canonically loose grip on his sanity. The show’s execution of that idea suffers, though, as it quickly shifts gears in order to fast-track its way to looking and feeling like an action-packed Marvel feature that’d been paused for a tangent into Steven’s life.

Even though Moon Knight’s exploration of Steven being one of multiple personalities inhabiting the same body has been widely advertised, the show still reveals the existence of Marc Spector like a genuine surprise whose existence isn’t telegraphed by Isaac’s conspicuously affected English accent as Steven. In sharp contrast to the way that Isaac is, at times, difficult to buy as a timid Englishman who has a hard time looking people directly in the eye, he makes perfect sense as Spector, a no-nonsense mercenary who speaks to Steven through reflective surfaces in moments when they’re stressed or in danger.

Steven has no way of knowing what to make of Marc’s request to hand over control of their body when the pair are first cornered by one of the many otherworldly (and invisible) demons running through Moon Knight. But Steven’s willingness to trust the voice in his head is what gives birth to the MCU’s Moon Knight, a billowing specter of fury and vengeance powered by ancient moon magic and an impressive amount of Marvel’s VFX.

Moon Knight might have been able to work as a show about a man at war with himself as he single handedly battled against hordes of demons while also trying to hold down a job at a museum. Rather than going that route, though, the show pits the new Moon Knight — that is, Steven / Marc as Moon Knight — against Arthur Harrow (Ethan Hawke), a former partner of Khonshu’s whose twisted sense of justice led to the two parting ways some time in the past. More charismatic cult leader than mere super villain, Hawke’s Harrow reimagines the comics character as something of a religious zealot obsessed with the idea of eradicating evil before people actually do malicious things. At the same time that Moon Knight’s first establishing Steven’s connection to Marc and their shared link with Khonshu, the series also begins laying how Harrow and his disciples are on the hunt for an ancient relic necessary to help him usher in a new world order defined by his extreme sense of right and wrong.

While Moon Knight is plenty busy between the time it spends exploring Steven and Marc’s dynamic and Khonshu’s status as a disgraced member of a larger pantheon of deities who select human avatars, the show also introduces an element of romance to the equation with Layla El-Faouly (May Calamawy), an archaeologist and partner of Marc’s. Similar to the way that Steven’s role is initially to act as a kind of hurdle for Marc in their larger life as a Moon Knight, Layla’s there to find her father’s killer, and highlight the reality that there are others who might make even better “Fists of Khonshu” as his avatars are called.

As Moon Knight begins to bring all of its central characters together, you can quickly see the degree to which the series directors Mohamed Diab, Justin Benson, and Aaron Moorhead really committed to shaking up the traditional Marvel formula as opposed to putting a shiny new coat of paint on a familiar narrative. Instead of trying to hamfistedly treat Steven / Marc’s DID as a superpower in and of itself or the true source of his visions of Khonshu, Moon Knight uses it to convey how fractured his sense of time is, and how disorienting it is when one alters wrests control from one another.

Moon Knight’s quite clear about what Steven’s actual powers are as he battles against Harrow’s goons in fights that leave him with wounds that would kill him were it not for Konshu’s magical healing granted to him through his Moon Knight suit. The Batman comparisons are apt here if only because of how brutal Moon Knight often is, and the hero’s penchant for dramatic leaps from tall buildings to show off the striking shape of his cape. Moon Knight’s focus on a suited-up brawler using his fists to battle squads of ghouls and criminals sometimes makes the show feel a bit more like the Netflix-produced series that recently made the move over to Disney Plus. But unlike Daredevil and the rest of the Defenders’ respective character studies, which each had distinct sets of themes that informed their approaches to storytelling, Moon Knight plays more like an older Marvel Studios production where the main goal is really to rehabilitate its hero’s brand.

That approach has worked in the past with classic heroes like Iron Man, Thor, and Captain America who — up until a few short years ago — were not yet the big box office draws the MCU turned them into with a series of features delving into their origins and lives. With Moon Knight, though, it feels as if the studio’s trying to replicate that revitalization process in a much, much shorter timeframe with a character who’s somewhat more difficult to sell, in part, because he’s a super mummy who sometimes speaks like he’s wandered off a stage production of Pygmalion.

omicron: Why are Shanghai’s COVID infections nearly all asymptomatic?