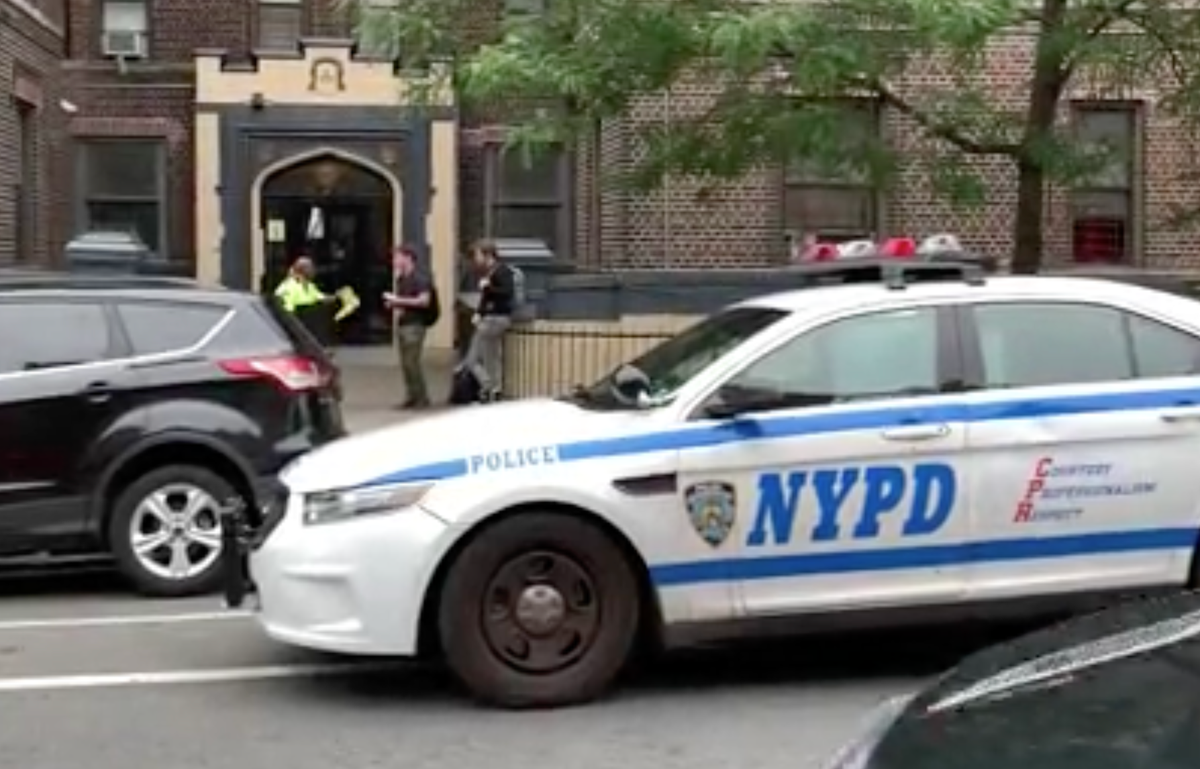 A disturbing scene unfolded in Brooklyn, New York, over the weekend when a naked mother tossed her newborn daughter and toddler son out of their second-floor apartment window.

The incident occurred at 11.20am on Saturday in the Brownsville neighbourhood. The mother, who remains unidentified, attempted to hurt her children, who were also unclothed through the ordeal. The mom reportedly said she was “tired of being by herself” as she slammed the infant’s head into the sidewalk, according to an eyewitness as reported by The New York Post.

“I don’t think she intentionally meant to hurt her kids because I didn’t see any signs of anger. She didn’t have any, like, facial expression. She didn’t say anything to the kids.” according to Carl Chin, 41, a nearby resident who stepped in to help.

“Within seconds we heard a thump, like the body just his the ground. So she jumps up to the window and sees the two kids on the floor,” he said, as reported by The Daily Mail.

Mr Chin’s fiancee yelled for him to call 911 and pleaded with the mom to not hurt her kids.on’t hurt the child.”to the woman.

He continued telling his side of events to the Mail, “I run to the back and and I see the mom has the child in one hand and she drops her. The infant. She drops her a couple of times,” he said.

He said that he went to stop her, “I kind of forcefully took the baby from her, using my forearm, and got her to loosen her grip with the baby. We exchanged a few words, and within the seconds the FDNY and ambulance came and took care of it,” Mr Chin said.

While speaking to reporters, he said that the toddler seemed to be OK, but that the baby appeared bruised and hurt.

“She was trying to open her eyes and it was closing. Half her face was bruised. I hope she didn’t hit her head on the concrete, but her head was shaped kind of like after you hit it hard and swelling starts to form,” he said.

He said that the woman thanked him, and became calm afterwards.

“I have no idea what was going on with the mom. I had never met her or seen her prior to this but she clearly is not in the right state of mind. She must have been having some kind of mental breakdown because they were all naked,” Mr Chin told reporters.

His sister-in-law was also at the scene, and spoke toThe New York Daily News about what she witnessed.

“We saw the newborn, we started screaming. It was three of them naked on the ground, the mom, the newborn baby and another little child.”

She said that the baby was bleeding and the toddler was bruised.

According to the New York Police Department, the baby girl was admitted to Maimonides Hospital in a serious condition and the woman and the boy were sent to Brookdale Hospital with injuries deemed to not be serious.

No more additional information has been given since this statement.

The onset of the Covid-19 pandemic has exacerbated many problems in society, such as the increase of rates of poor postpartum mental have increased, according to a study from the University of Alberta.

According to New York State’s Office of Mental Health, poor maternal mental health can led to urges to hurt yourself or your children, and this is considered to be an urgent crisis.

Here’s why another tax break on unemployment benefits…

Rise and shine: five recipes to supercharge your breakfast |…