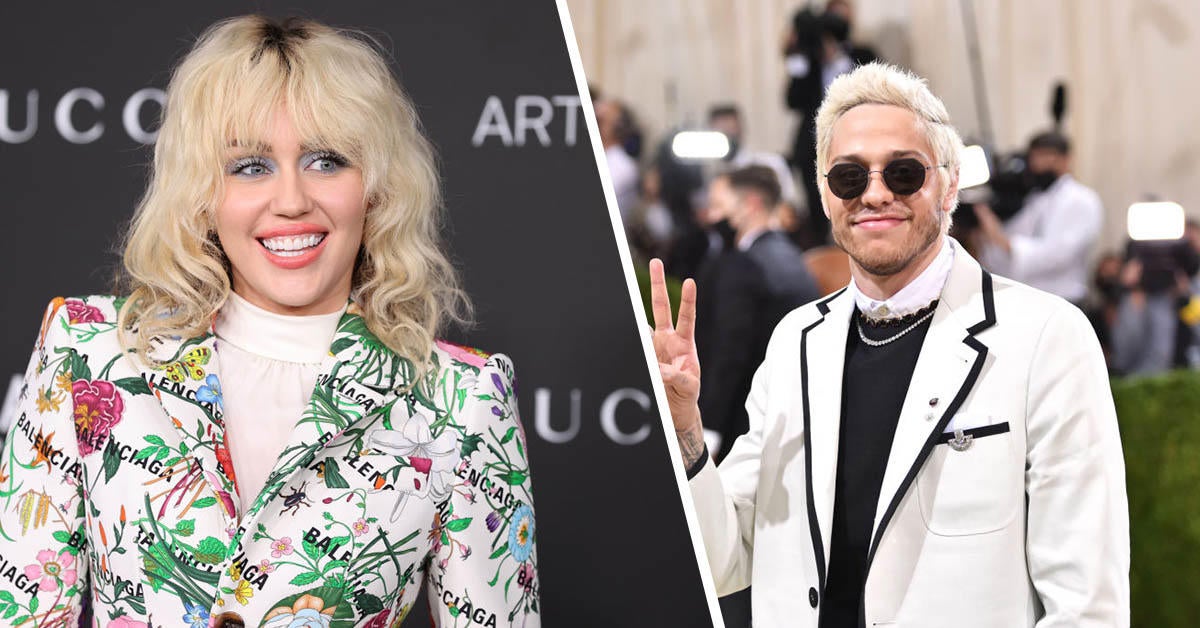 It seems wild to think about, but 2022 is just around the corner and when viewers tune in to NBC New Year’s Eve celebrations late next month it won’t be Carson Daly that they are celebrating with. On Monday it was announced that Miley Cyrus and Pete Davidson are teaming up for the network’s New Year Eve special, titled Miley’s New Year’s Eve Party Hosted By Miley Cyrus and Pete Davidson. Cyrus and Davidson will come together in Miami for the event which will be executive produced by Lorne Michaels and air from 10:30 p.m. ET on December 31st to 12:30 a.m. ET January 1st on NBC and Peacock (via Collider).

Cyrus and Davidson’s special will mark the first time since 2004 that anyone other than Carson Daly has hosted the network’s New Year’s Eve special. The event is being described as an “all-star celebration” that will also feature a to-be-determined lineup of musical performances and special guests. The New Year’s Eve special is one of three specials that Cyrus has signed on to do with NBC. Cyrus is also producing scripted and unscripted projects through the production company she shares with her mother Tish Cyrus, Hopetown.

“In what is sure to be an exciting and fun evening, we are looking forward to partnering with Lorne Michaels and ringing in 2022 with a night of incredible entertainment, led by Miley and Pete” Jen Neal NBCUniversal live events executive vice president said in a statement.

What New Year’s Eve special will you be tuning into this year or do you have other plans for ringing in 2022? Let us know your thoughts in the comment section.

Denial of responsibility! Verve Times is an automatic aggregator of the all world’s media. In each content, the hyperlink to the primary source is specified. All trademarks belong to their rightful owners, all materials to their authors. If you are the owner of the content and do not want us to publish your materials, please contact us by email – admin@vervetimes.com. The content will be deleted within 24 hours.
Lorne MichaelsMileymiley cyrusNBCPeacockPete Davidson
0
Share FacebookTwitterGoogle+ReddItWhatsAppPinterestEmail