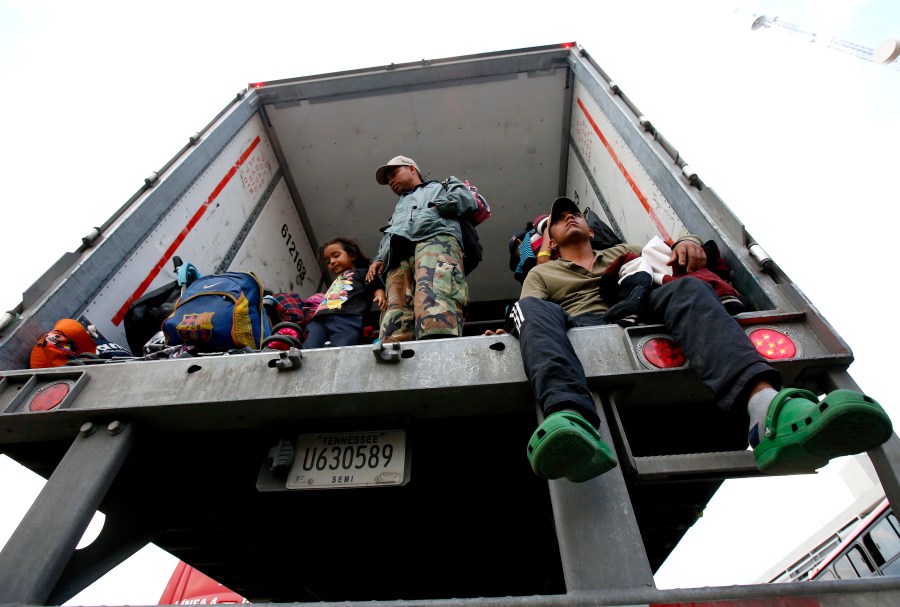 (NewsNation) —  A caravan with an estimated 2,000 migrants headed north out of the southern Mexican city of Tapachula Friday and are demanding Mexican officials provide a corridor to the U.S.

This comes days after what was, at the time, the largest caravan being largely broken up by Mexican officials. Most of the migrants in that caravan say they were issued temporary documents allowing them to continue north through Mexico.

The Mexican government has been using the issuance of such documents since last October to periodically lower pressure from swelling migrant numbers in the south, although migrants walking Friday say that authorities in other parts of Mexico haven’t respected those documents and many migrants were returned to the south.

He said they want buses to carry them to the U.S. border. “The visa doesn’t work,” he said. “With the visa they return us, they tear it up.”

As a result, instead of traveling to other states to normalize their status in areas less congested than Tapachula, migrants have ben using the documents to travel to the U.S. border.

Those in the new caravan, however, says they’re not interested in the visas and permits the government has issued in efforts to dissolve other caravans. Instead they call for buses to the U.S. border.

In the background of all of this, Mexican officials have pledged to work more diligently to secure the border on their side as a part of Operation Mirror — a result of the deals Texas Gov. Greg Abbott cut with four Mexican governors after effectively shutting down the border to commercial truckers for days.

On a recent visit to the border, he said the partnership has had an impact.

“We know elements of the caravans are disbanding to some extent, but smaller groups of migrants are still headed straight to our border crossings,” Abbott said in a press conference at the Anzalduas International Bridge in Mission last week. “The National Guard and DPS are conducting mass-migration rehearsals to implement flexible strategies to deter illegal crossings at any point along the border where they occur,” he continued.

READ MORE: US reports surge of kids at southwest border

The Caravans have formed in recent years as migrants who sought safety in numbers or who could not pay smugglers banded together. But they represent a fraction of the usual migration flow through Mexico that happens largely out of sight.

The days of walking in tropical heat and rain quickly take a toll on participants in the caravans. Sometimes authorities move to detain exhausted participants, but more recently the government has sought to avoid potential conflict and instead issue temporary documents to dissolve the caravans.

Operation Lone Star, which is the state’s effort to secure the border using Texas State Troopers and the National Guard, has led to 265,000 encounters at the border, 16,400 arrests, 13,800 felony charges — and 22,000 stopped from crossing the border itself.

Over the past few years, it is rare for any of these caravans to actually make it all the way to the border — typically they break up on the journey — but border officials say just about all the people in those caravans will make it to the border at some point

Billie Eilish: A dark day for US women