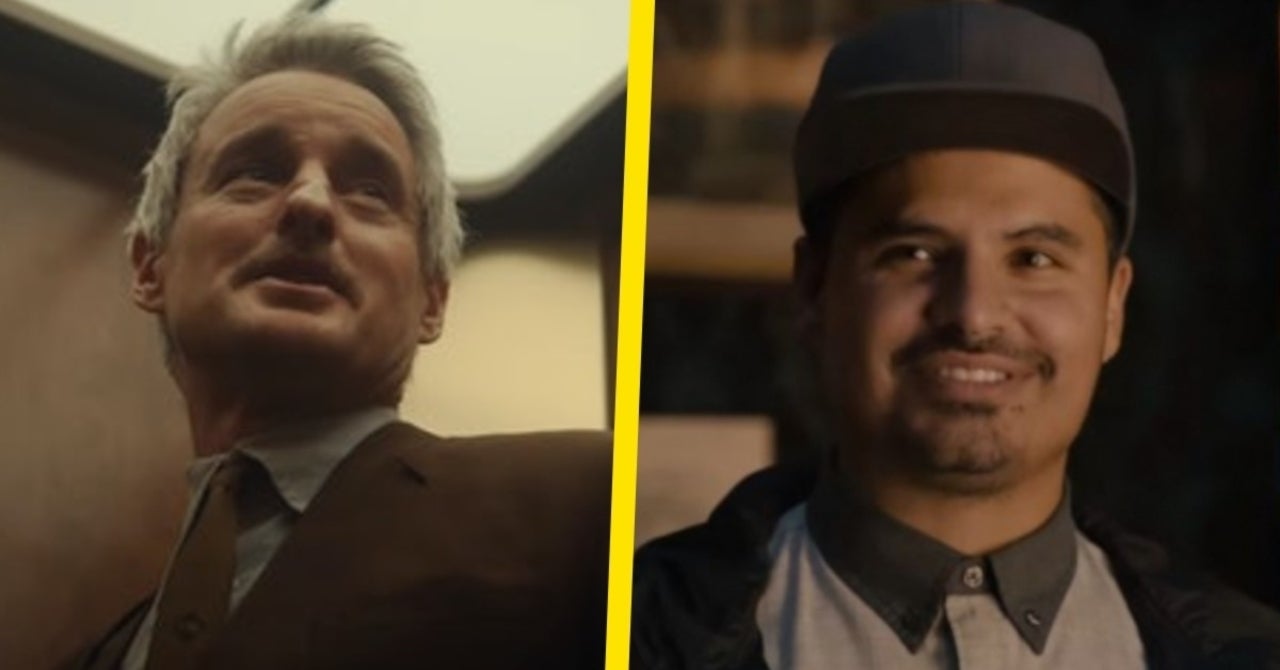 The first episode of Loki premiered this week and Marvel Cinematic Universe fans are already obsessed with Owen Wilson’s character, Mobius M. Mobius. If you also enjoy seeing Wilson in the comic book world, you’re in luck, because he’s also set to star in a new original superhero movie titled Secret Headquarters. According to Deadline, Wilson won’t be the only Marvel star joining the project. It was announced today that Ant-Man and Ant-Man and the Wasp‘s Michael Peña (Luis) will also be joining the project.

According to the report, Secret Headquarters is a “high-concept family action movie about a kid who discovers the secret headquarters of the world’s most powerful superhero hidden beneath his home and must defend it with his group of friends when villains attack.” The Paramount movie will be produced by Jerry Bruckheimer and directed by Henry Joost and Ariel Schulman (Project Power). The current draft of the film is being written by Joost and Schulman along with Josh Koenigsberg. However, the story comes from an original screenplay written by Thor: Ragnarok co-writer, Christopher Yost. In addition to Wilson and Peña, Secret Headquarters will also feature Walker Scobell, Momona Tamada, Keith L. Williams, Abby James Witherspoon, and Kezii Curtis.

As for Peña, it’s currently unclear if he’ll be returning for Ant-Man and the Wasp: Quantumania, which is about to go into production. However, he did say last year that he hopes to return. “For the last one, I didn’t really know what capacity I was going to come back in or if I was going to come back,” Pena told ComingSoon.net. “I think they’re a year away from filming, I think it would be great if I could do a third one. But you never know, especially with all the stuff that happened in Endgame. Right now, Marvel’s in a situation where they can crush some expectations, they’re gonna have to crush some expectations of other characters, not just mine, so hopefully, I make the cut.”

As for Wilson and Loki, the show’s director, Kate Herron, recently spoke to The Hollywood Reporter and revealed how they got Wilson on board for the series. “It was the most detailed pitch I’ve ever done, to an actor, ever. I think I pretty much spoke through the entire first episode with him. You can tell he’s a writer, just by the way he attacks story. His questions about the world and the structure and the arc of the character. It was really fun to work with him.”

Secret Headquarters is expected to be released on August 12, 2022. New episodes of Loki drop on Disney+ on Wednesdays, and Ant-Man and the Wasp: Quantumania is currently scheduled to hit theatres on February 17, 2023.

Denial of responsibility! Verve Times is an automatic aggregator of the all world’s media. In each content, the hyperlink to the primary source is specified. All trademarks belong to their rightful owners, all materials to their authors. If you are the owner of the content and do not want us to publish your materials, please contact us by email – [email protected]. The content will be deleted within 24 hours.
Ant-Man and the Wasp: Quantumaniacomic book moviesDisneylokimcuMichael PenaOwen WilsonParamount+
0
Share FacebookTwitterGoogle+ReddItWhatsAppPinterestEmail

Now Covid crisis mode is lifting, questions parked for a…