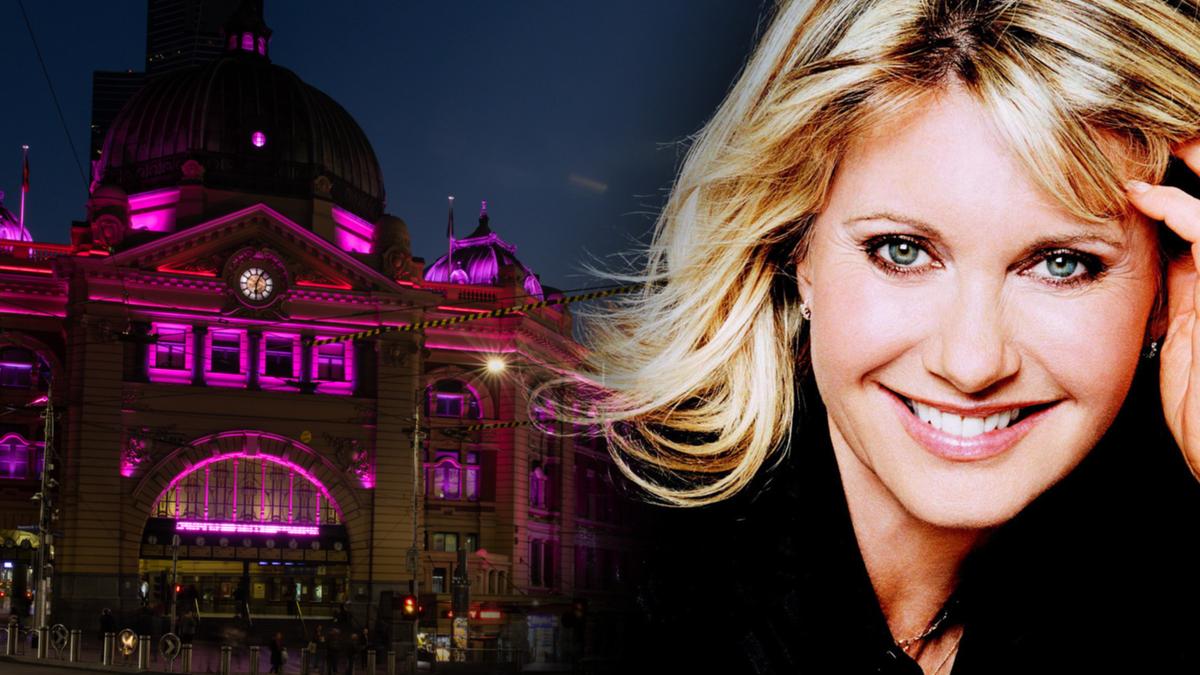 Melbourne’s iconic Flinders Street station has been lit up pink in memory of another Australian icon Olivia Newton-John.

The British-born, Melbourne-raised performer died in her sleep at her home in California, according to husband John Easterling in news shared on Tuesday. She was 73.

Watch: Melbourne landmarks light up and tributes flow for Olivia Newton-John in the video above

Singer and actress Dame Olivia, best known for her role alongside John Travolta in the smash movie musical Grease, endured a recurring battle with breast cancer.

On Tuesday afternoon, Victorian Premier Daniel Andrews announced the city’s most famous landmarks – including Flinders Street Station, the Arts Centre, the MCG and other sporting venues – would be lit up pink in honour of her “enormous contribution to cancer awareness, research and treatment”.

“She took her cancer journey and used that to save lives and change lives, and that’s just a deeply impressive thing,” he said.

Austin Health, home of Melbourne’s Olivia Newton-John Cancer Research Centre, said in a statement it was an especially sad day for everyone involved in the facility.

The centre is planning a memorial service as the government works with family on a possible state funeral.

Adelaide also lit up its Entertainment Centre in pink lights in memory of the star.

She was remembered as a friend, a great talent and an inspiration to fellow performers.

Travolta was among the first to pay tribute to his former co-star.

“My dearest Olivia, you made all of our lives so much better. Your impact was incredible. I love you so much,” he posted on Instagram.

The impact of Dame Olivia’s passing also hit hard in Australia on Tuesday.

“Tonight, the stars will shine a little brighter and I am heartbroken,” he said.

Dame Olivia’s niece, actress and singer Tottie Goldsmith, revealed on Tuesday night that the family will accept the offer of a state funeral.

Denial of responsibility! Verve Times is an automatic aggregator of the all world’s media. In each content, the hyperlink to the primary source is specified. All trademarks belong to their rightful owners, all materials to their authors. If you are the owner of the content and do not want us to publish your materials, please contact us by email – [email protected]. The content will be deleted within 24 hours.
EntertainmentOn The ShowSunrise
0
Share FacebookTwitterGoogle+ReddItWhatsAppPinterestEmail