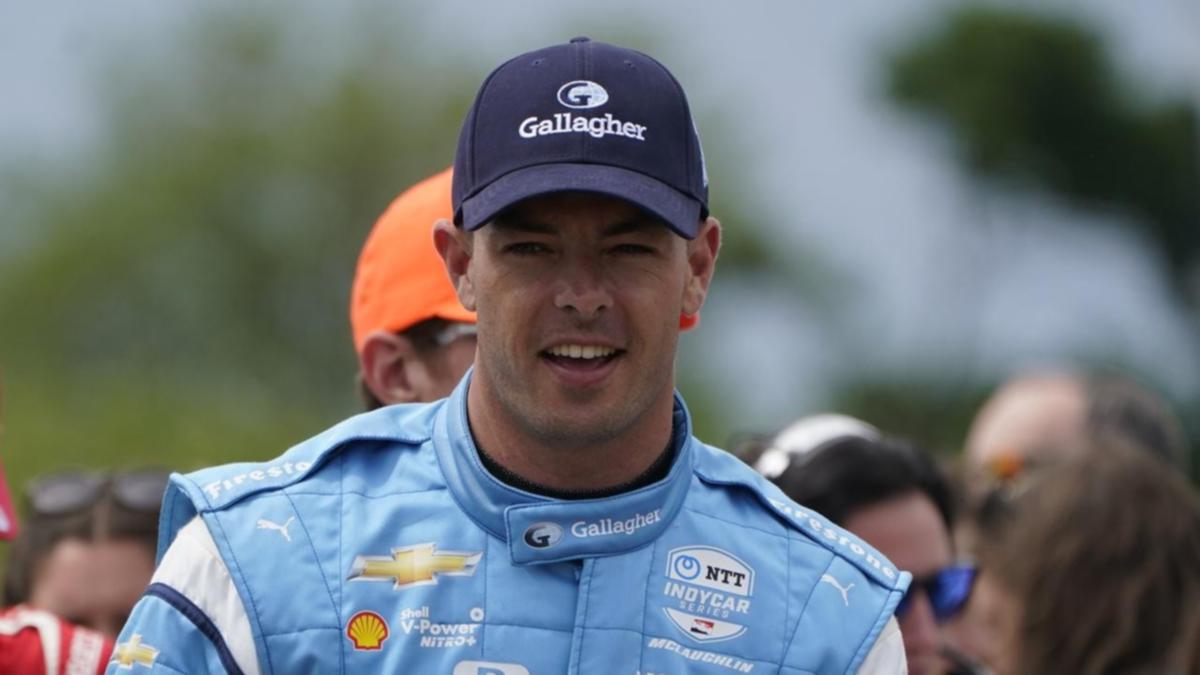 Scott McLaughlin has picked up his second career IndyCar victory – and it may well go down as one of the most special wins of his career.

The New Zealander won at Mid-Ohio Sports Car Course with his nervous parents watching from pit lane on Sunday.

He hadn’t seen his family in 31 months because of the pandemic, but his parents finally were able to leave New Zealand in May to attend the Indianapolis 500.

Wayne and Diane McLaughlin booked their trip to maximise their visas and planned nine IndyCar races on their tour of the United States.

But it took only four to see their only their son drive his Team Penske entry to victory lane.

When he won his first race in February on the street course in St Petersburg, Florida, he had to celebrate with his parents via FaceTime.

“I really wanted to get a win here with Mom and Dad,” said McLaughlin, who had won three consecutive V8 Supercars championships in Australia.

IndyCar champion Alex Palou finished second for Chip Ganassi Racing and Honda, and Will Power had a brilliant run to put a second Penske driver on the podium.

Power had been penalised in qualifying, started 21st, spun in the opening laps and charged through the field to finish third.

The race had the potential to upend the IndyCar standings after the top three drivers in the standings — Indianapolis 500 winner Marcus Ericsson, Power and Penske teammate Josef Newgarden — all had poor qualifying efforts.

It put Pato O’Ward, who was fourth in the points, on the pole with the chance to close major ground in the title hunt.

Instead, he and Arrow McLaren SP teammate Felix Rosenqvist were two of the five Chevrolets knocked out early, and Ericsson retained his hold on the standings, leading Power by 20 points.

Denial of responsibility! Verve Times is an automatic aggregator of the all world’s media. In each content, the hyperlink to the primary source is specified. All trademarks belong to their rightful owners, all materials to their authors. If you are the owner of the content and do not want us to publish your materials, please contact us by email – [email protected]. The content will be deleted within 24 hours.
Motorsportsport
0
Share FacebookTwitterGoogle+ReddItWhatsAppPinterestEmail

Novel hypotheses that answer key questions about the…

Dowry Death Crime Against Society, Shall Be Dealt With Iron…