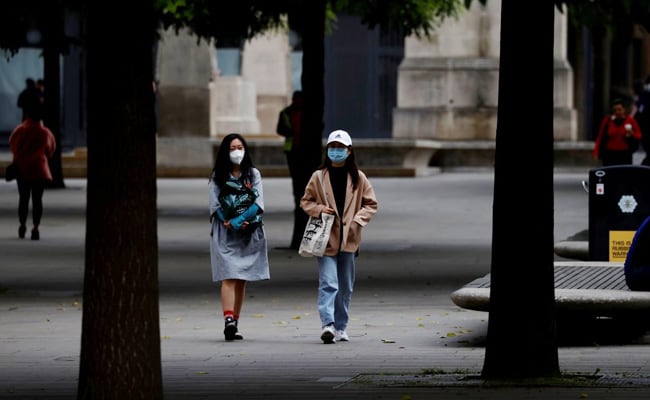 Britain’s government on Sunday defended the pace and scale of its response to the new Omicron strain of Covid-19 against criticism that it is again falling behind the curve.

Health Secretary Sajid Javid said mandatory mask-wearing would return to shops and public transport in England on Tuesday, but told families to plan for Christmas “as normal”, despite new rules to combat the Omicron variant.

Also effective Tuesday, the government’s website is instructing all passengers entering the UK to take a PCR test for Covid-19 two days after their arrival, and to self-isolate until the receive a negative result.

Prime Minister Boris Johnson had announced the tougher measures at a hastily arranged news conference on Saturday, but did not specify when they would take effect.

Johnson was widely criticised for his travel and quarantine policy earlier in the pandemic, when he kept borders open to foreign travellers even as infection rates, yielding Britain one of the world’s worst per-capita death tolls from Covid.

The government controversially dropped the masks mandate in July for England, after a prior lockdown, while the devolved administrations in Scotland, Wales and Northern Ireland kept it in place.

All four UK nations are expected to adopt the same PCR rule, after England again diverged in July by requiring only a simple lateral flow test for incoming passengers on flights, ships and trains.

Travel from 10 countries in southern Africa is now banned because of Omicron, but Javid conceded that hundreds of passengers had arrived on flights from South Africa on Friday without being tested.

But he told BBC television: “I think the speed at which we acted at could not have been any faster.”

Javid added that the government was “nowhere near” reintroducing social distancing rules and work-from-home guidance, which were also controversially discarded in England earlier this year against the advice of scientists.

He said it was too early to judge the effectiveness of existing vaccines against Omicron, as drugs manufacturers rush to research new treatments against the emergent strain.

But the government is seeking approval from its Joint Committee on Vaccination and Immunisation (JCVI) to expand the rollout of booster jabs, shortening the time-frame between second and third shots, and broadening the age range to all over-18s.

The JCVI is expected to respond early next week, Javid said.

He added that no further cases of Omicron had been detected in Britain, after the government on Saturday confirmed the first two cases, both linked to travel from southern Africa.

The opposition Labour party said the government was again doing too little, too late after Omicron emerged.

Even after Tuesday, passengers can enter Britain without a pre-departure test and travel freely from their port of entry on public transport, Labour’s foreign affairs spokeswoman Lisa Nandy noted.

“We desperately want to see them tighten up the travel restrictions,” she said on Sky News.

“There is a real problem when for 18 months the government has been warned that there are holes in those defences and still hasn’t taken action to plug (them).”

Denial of responsibility! Verve Times is an automatic aggregator of the all world’s media. In each content, the hyperlink to the primary source is specified. All trademarks belong to their rightful owners, all materials to their authors. If you are the owner of the content and do not want us to publish your materials, please contact us by email – [email protected]. The content will be deleted within 24 hours.
covid-19OmicronUK
0
Share FacebookTwitterGoogle+ReddItWhatsAppPinterestEmail

Researchers develop algorithm to divvy up tasks for…

Canada can do more for military members struggling to find…