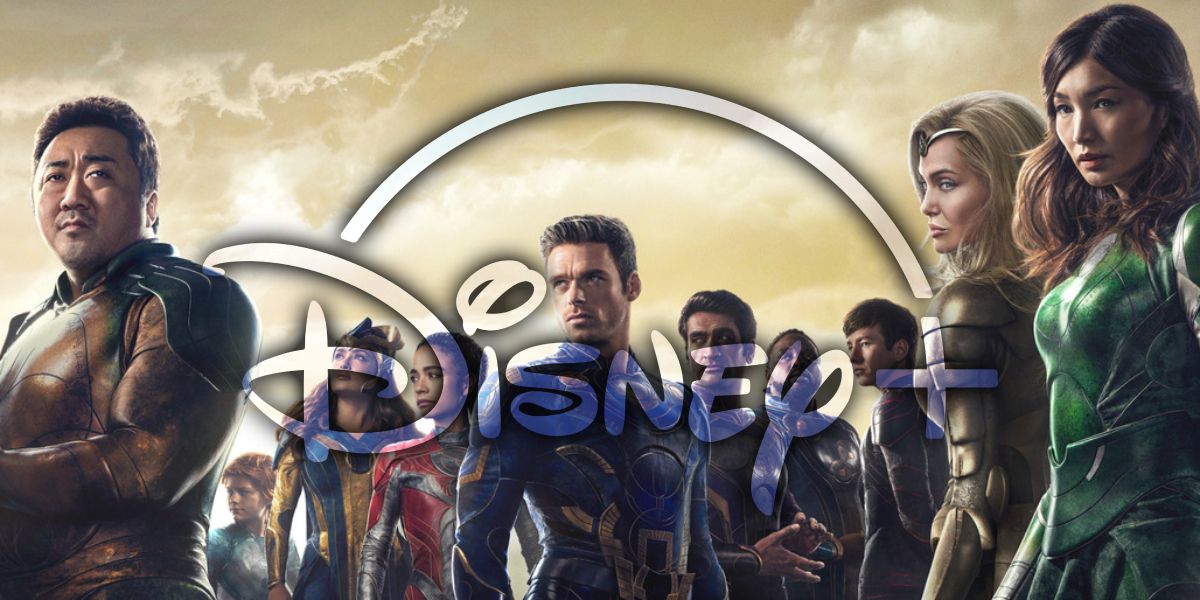 Marvel Studios’ most recent feature film, Eternals, will be available on the Disney+ streaming service starting in January 2022.

Marvel Studios’ Eternals will be available to stream on Disney+ starting in January.

As confirmed by Streaming Guider, the Chloé Zhao-directed Marvel feature will begin streaming on Disney+ on Wednesday, Jan. 12, 2022. The film initially premiered in theaters earlier this month on Nov. 5. Prior its release, it was confirmed that Eternals would be exclusive to movie theaters for a minimum of 45 days.

Based on the original comics created by the late, great Jack Kirby, Eternals is the 26th feature film in the Marvel Cinematic Universe, as well as the third film to be released as part of Phase Four. It follows the eponymous race of powerful beings, who came to Earth millennia ago in order to protect humanity from their evil counterparts, the Deviants. After spending centuries in hiding, separated from each other, the Eternals must reunite in order to prepare the planet from an event known as the “Emergence.”

Eternals stars Gemma Chan as Sersi — the actor’s second MCU role after portraying Minn-Erva in 2019’s Captain Marvel. She is joined by Richard Madden as Ikaris, Kumail Nanjiani as Kingo, Lia McHugh as Sprite, Brian Tyree Henry as Phastos, Lauren Ridloff as Makkari, Barry Keoghan as Druig, Don Lee as Gilgamesh, Salma Hayek as Ajak, Angelina Jolie as Thena and Kit Harington as Dane Whitman. Helmed by Academy Award-winning director Zhao, the film has been described as a landmark one for the MCU, as — in addition to its ethnically-diverse cast — it features the franchise’s first openly gay superhero in Henry’s Phastos. It also features a deaf superhero in the form of Ridloff’s Makkari.

Following its theatrical premiere, Eternals was met with mixed reception from critics. The film currently holds a “Rotten” rating of 48 percent on Rotten Tomatoes, with the critical consensus describing it as an “ambitious superhero epic that soars as often as it strains.” However, the film has been far better received by fans, and currently holds a Rotten Tomatoes audience score of 80 percent. “It’s a different kind of Marvel movie, but Eternals still contains all the action, humor and heart that fans are looking for,” the audience consensus reads.

For a time, audiences speculated regarding whether or not Eternals and its immediate MCU predecessor, Shang-Chi and the Legend of the Ten Rings (which released on Sept. 3), would receive day-and-date premieres in theaters and on Disney+ Premier Access like Black Widow did back in July. Ultimately, however, both Shang-Chi and Eternals were given 45-day windows of theatrical exclusivity. Black Widow was eventually made available to stream for all Disney+ subscribers in October, with Shang-Chi being added to the service earlier this month in honor of Disney+ Day. Up next for the MCU is Sony and Marvel Studios’ Spider-Man: No Way Home, which premieres exclusively in theaters on Dec. 17.

Marvel Studios’ Eternals is currently playing in theaters. The film will be available to stream on Disney+ starting Jan. 12, 2022.

Noah E. Dominguez is a jr. news editor at Comic Book Resources who joined the site as a writer in the summer of 2018. He has also written for sites like WhatCulture and Gaming Access Weekly (formerly Gamer Assault Weekly), and holds a degree in mass communication. What will he do next? Stay tuned. You can follow him on Twitter at @NoahDominguez_

California Bill Would Allow Children 12 And Up To Be…